A new video emerged of Hunter Biden from the infamous “laptop from hell” where he is seen whining to his girlfriend and dead brother’s widow over recent rehab while smoking crack.

The conversation centers around Maureen Dowd’s New York Times oped drama on the Biden family. Hunter is seen whining with Hallie Biden over his recent drug rehab. He is seen lighting up a crack pipe during the conversation.

All it takes is one disgruntled ex-girlfriend or drug dealer to rectify this situation.

This will go nowhere. Hunter Biden is untouchable. No matter what the guy does (and imagine for a minute the MSM reaction back in 2017 and it’s Eric Trump is selling crappy paintings to Washington lobbyists for $50,000 a pop) the media yawns and pretends it never happened.

I’m pretty certain that Hunter could get caught on camera strangling a prostitute in a cocaine-fueled rage and only Gateway Pundit would report on it.

Uncle Joe’s family web:
If Biden runs for president he would give Trump’s reality-TV family a run for the money
February 25, 2019, 8:20 PM
Maureen Dowd Edit Page

It’s a truism in Washington that when politicians say they’re not running so they can spend more time with their families, something else, possibly something salacious, is afoot. But with Joe Biden, his family history is so tragic and so fraught, calculations about how a presidential run would affect his wounded clan are not code for some other problem.

There was a school of thought that, given the monumental effort it took to dismantle the Clinton machine, it would be better to move on from Hillary. Some Biden allies felt that his powerful story of rising above personal loss – his first wife and infant daughter died in a car crash just before Christmas in 1972 – could be a superpower to connect with suffering Americans.

But Obama felt differently. He could make it up to Hillary and feminist activists for hopscotching over the New York senator who might have blown out the glass ceiling in 2008. Also, Obama and his strategists thought Biden had hit his ceiling, had his day, had too many gaffes. It escaped the attention of Professor Obama that a populist rage was rising, and that a multimillionaire taking a fortune from Goldman Sachs on the eve of her campaign might not suit the moment. Uncle Joe may be the epitome of the establishment, but at least the teetotaler knows how to talk to Joe Sixpack.

The president told his faithful vice-president that it was Hillary’s turn and Biden tried to accept it. Biden had known for years that the party would want to follow the first African-American president with the first woman president. Biden succumbed to pressure and gave way to Hillary. And the rest is sordid history. Members of Obama’s inner circle say the former president realises now he should not have christened Hillary the successor, that he should have let Bernie, Joe and Hillary fight it out.

As Donald Trump’s reality-TV family took over the White House, Biden had to deal with his own family’s scandalous headlines. He was doubtless upset about the public nature of the son’s divorce. Hunter Biden also said his travails should not deter his father from running: “We don’t pretend that we are different from families all over America that have to face the loss of loved ones, or have to deal with the fallout of divorces.”

But not all families have to stomach Donald Trump’s low blows, as Biden will if he runs. And Biden will have to temper that Irish temper of his.

I wish I could access Dowd’s NYT article, just for the hell of it. I don’t want to give that rag any money to read it though.

And now he is a world renowned artist getting $500,000 or more for his amazing paintings… Wow, what a turn around! Hunter is amazing! /s

…..”This will go nowhere. Hunter Biden is untouchable”…..

The entire “Biden Crime Family” is untouchable. They know it and so does everyone else. Go after them and they’ll crush you which is why things ONLY are reported but nothing happens thereafter….they skate on to the next revenue heist they’re after.

Bristol Palin-what’s the difference? Hunter’s not POTUS. His dad pinches the chi-chis of young girls-so what? We get no where going there.

“I have no response.”

That was Dementia Joe Biden’s response Friday when he was finally asked about the devastating expose of his son Hunter’s emails and so much more.

Those revelations included the crack-addled Hunter whining to one of his daughters that he has to pay 50% of all the cash he collects to “Pop,” and that as part of a shady Chinese deal, the so-called “remuneration package” would include “10 held by H for the Big Guy.”

“I have no response,” the Big Guy told a CBS reporter. “It’s another smear campaign, right up your alley.”

But he didn’t deny it. Biden — or more precisely, his keepers — haven’t disputed the veracity of the Biden Crime Family documents, or that they are from Hunter’s laptop. They were obtained legally, after an “inebriated” Hunter abandoned the computer at a repair shop, according to the New York Post.

The usual alt-left suspects — the AP, NBC “News,” Rep. Adam Schiff — went through the tired motions of trying to blame it all on, who else, the Russians. But seriously, how many times can these hacks cry wolf, even to Wolf Blitzer?

Dementia Joe’s keepers have always understood that Hunter was capable of getting Pop into this kind of a jam. That’s how far gone Hunter Biden is.

Which is why last year they commissioned one of their Democrat stenographers with a press pass to try to inoculate the campaign. The Bidens ordered up a sob story about Hunter in one of their party organs called The New Yorker.

At the beginning, the obsequious scribe engaged in that Democrat tradition of projection, accusing the Republicans of everything he was up to, “promoting, without evidence, the dubious narrative that Biden used the office of the Vice-President to advance and protect his
son’s interests.”

Dubious? Again, Biden hasn’t denied anything. Without evidence? Ditto. And as we know now, it’s not just his son’s interests “Pop” is protecting — Hunter told his own kid he’s kicking up half to the old man.

In mob parlance, Hunter’s an “earner.”

Actually, in the context of the modern-day Ministry of Truth that the alt-left media has become, the Hunter Biden Agonistes are somewhat amusing.

Consider that he shares a first name with Hunter S. Thompson, the so-called gonzo journalist who was, like Hunter Biden, an alcoholic and a drug addict.

In one of his more famous books, Thompson recounts driving a rented car through the Nevada desert while on drugs.

“And suddenly there was a terrible roar all around us and the sky was full of what looked like huge bats, all swooning and screeching and diving around the car.”

Forty years later, Hunter Biden was in a rented car (in which he would later leave a crack pipe) out on the same desert at night, stoned out of his own mind.

“A large barn owl flew over the hood of the car and seemed to follow him … He said that he has no idea whether the owl was real or a hallucination.”

What is Hunter’s background, you ask? How could he get himself into such a situation, with his father’s political opponents in possession of damning evidence of corruption, not to mention apparent pornography. (The subpoena for Hunter’s hard drive was signed by an FBI agent who has been described in the press as a specialist in crimes involving child pornography.)

Hunter seems to have spent time in half the high-end rehab centers in the U.S. Here’s a selection, from last year’s puff piece in The New Yorker:

Ibogaine — another link to Hunter S. Thompson. In 1972, Thompson introduced the drug to America by falsely accusing another Democrat presidential candidate, Ed Muskie, a colleague of Joe Biden’s, of going berserk on the campaign trail after overdosing on ibogaine.

“He looked out at the crowd and saw gila monsters instead of people.”

Back to Hunter Biden’s curriculum vitae: “He enrolled as an outpatient at the Charles O’Brien Center for Addiction Treatment at the University of Pennsylvania.”

That’s where his father falsely claims to be a professor, you may recall.

“He then enrolled in an inpatient program for executives at Caron Treatment Centers, where he used the pseudonym Hunter Smith. … In February 2016 he enrolled in yet another addiction-treatment program, run by the Kolmac Outpatient Recovery Center. … That fall Hunter made plans to go to the Grace Grove Lifestyle Center in Sedona, AZ.”

You can see why all these foreign oligarchs would be falling all over themselves to offer such an extinguished, I mean distinguished, person such outlandish sums — $1 million a year from Burisma, $10 million a year from a Chinese company “just for introductions,” another “850” for Hunter, not to mention, of course, the 10 for “the Big Guy.”

Of course he has. In her divorce petition, his first wife said Hunter was “spending extravagantly on his own interests (including drugs, alcohol, prostitutes, strip clubs and gifts for women with whom he has sexual relations) while leaving the family with no funds to pay legitimate bills.”

There’s more, so much more, and it’ll be all coming out this week, with many more references to “Pop.” And what can Pop say beyond, “I have no response.”

Somebody pass the ibogaine. 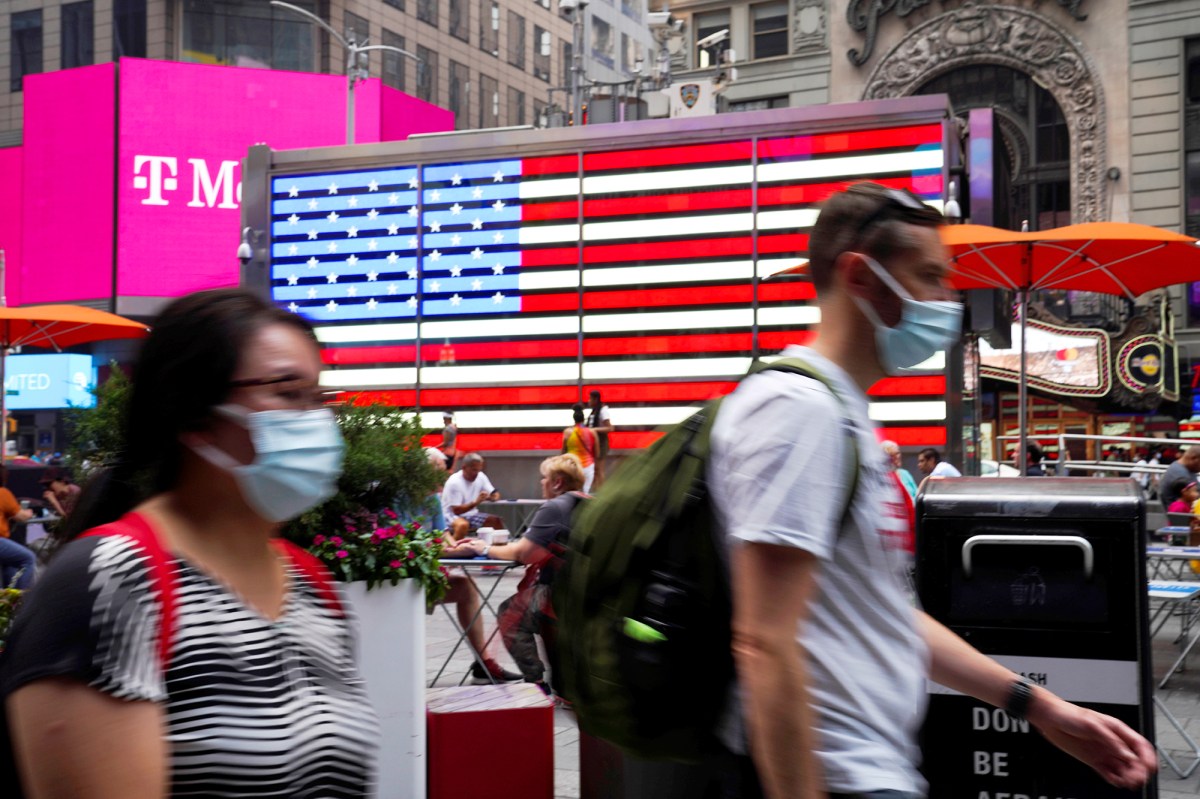 American optimism on direction of US plummets

'We're Going to Retire Nancy Pelosi Once and for All' 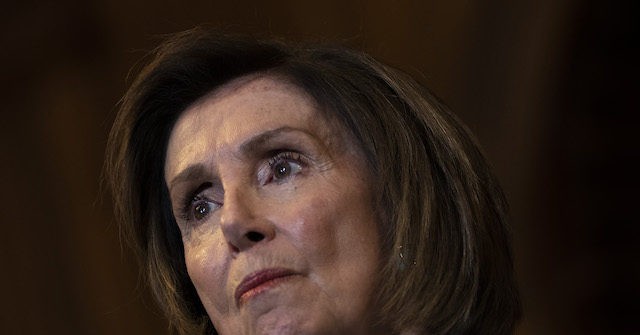