The Battle of Iwo Jima Was Costly but It Saved 2,400 B-29 Bomber Crews

Key point: The cost and benefits of any campaign or battle are important to weigh. Here is one factor that is often forgotten when people think about the Battle of Iwo Jima.

On February 19, 1945, thousands of American Marines hit the beaches on the Volcano Islands in the Pacific, starting what we call today the Battle of Iwo Jima. Taking the small island, encompassing only about eight square miles, required the commitment of 70,000 American fighting men and 26,000 casualties, over 6,800 of them killed.

The island itself is situated only 650 nautical miles south of the Japanese capital of Tokyo, and the defenders of this steaming, sulfurous piece of land shaped like a pork chop fought to the death. Nearly 19,000 Japanese troops were killed in action, and only 216 were taken prisoner.

This article appeared earlier and is being republished due to reader interest.

The Focus of the Pacific Theater

This otherwise obscure piece of real estate would ordinarily attract no attention at all. However, by early 1945 Iwo Jima was the focus of the costly war in the Pacific, now in its fourth bloody year. Iwo Jima’s proximity to Japan made it an ideal staging area for American forces that were inching closer to the home islands, anticipating a massive amphibious invasion that would ultimately thwart the territorial ambitions of Imperial Japan.

The Japanese had also constructed three airfields on Iwo Jima, and enemy planes flying from these locations posed a threat to American naval units operating ever closer to Japan proper. The U.S. Navy’s top commanders were already well aware of the hazards posed by the fanatical kamikaze, suicide pilots bent on inflicting damage on American ships and sacrificing their own lives in the process. Once these airfields were captured, the kamikaze menace, at least insofar as it emanated from Iwo Jima, would be eliminated.

Another prime mover in the decision to commit American blood and treasure in the capture of Iwo Jima involved U.S. air power. Long-range Boeing B-29 Superfortress bombers were already flying from bases in the Mariana Islands and regularly pounded military targets and cities on the Japanese home islands. To accomplish their strategic bombing missions, these massive aircraft flew through a gauntlet of Japanese fighter planes and antiaircraft fire. Many of them were crippled in the attacks, and a significant number were forced to ditch in the broad expanse of the South Pacific, too damaged to complete the return flight to their bases in the Marianas.

The trained crews of the B-29s were a valuable commodity, and those B-29s that were damaged might be repaired and returned to service. In order to save lives, though, lives had to be lost. It fell to the brave men of the 3rd, 4th, and 5th Marine Divisions, their attached Navy medical personnel, and the sailors manning the fleet off the coast of Iwo Jima to accomplish the task of wresting the island from the Japanese. They paid a terrible price, and in their heroic sacrifice allowed more than 2,400 B-29s, damaged, low on fuel, and carrying wounded crewmen, to land on Iwo Jima.

On March 4, 1945, even before the island was declared secure, the B-29 Dinah Might reported that it was critically low on fuel and requested an emergency landing. It is estimated that by the end of World War II more than 27,000 American airmen were saved from an uncertain fate when their planes safely landed on Iwo Jima. A decades long debate has wrestled with the question as to whether the Battle of Iwo Jima was worth the cost. Some American families experienced a devastating loss, while others welcomed home their veteran servicemen.

When it was over, Admiral Chester W. Nimitz, commander of the U.S. Pacific Fleet, stated that on Iwo Jima “uncommon valor was a common virtue.”

Twenty-seven American Marines and Navy personnel were awarded the Medal of Honor on Iwo Jima, and 14 of these were posthumous. Associated Press photographer Joe Rosenthal captured the iconic image of the flag raising atop Mount Suribachi, and Secretary of the Navy James Forrestal noted that the image would ensure the existence of the Marine Corps for the next 500 years.

The battle for Iwo Jima provided one of history’s greatest examples of strong, dedicated men laying down their lives for others. Such devotion to duty is forever worthy of honor and respect.

This article originally appeared on the Warfare History Network. This article appeared earlier and is being republished due to reader interest. 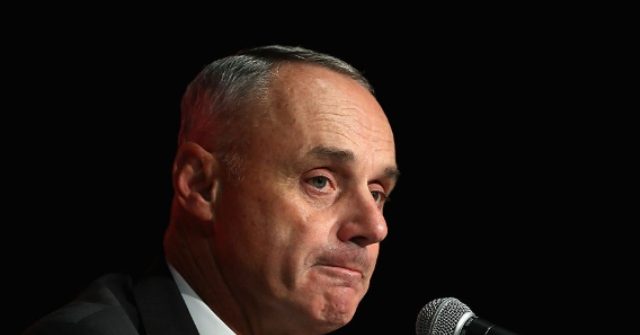