It seems that socialism is as profitable as ever — at least for those preaching it most loudly. There was Senator Bernie Sanders, for example, who owns three homes worth at a minimum the better part of $2 million. But the avowed Vermont socialist may seem like a piker compared to Black Lives Matter co-founder and self-proclaimed “trained Marxist” Patrisse Cullors.

The Cullors of Money

Cullors, 37, may prefer neo-Marxism (at least for you), but for now she’s content to enjoy capitalism’s fruits. In fact, as protests raged across America, she went on a real-estate buying binge to the tune of $3.2 million, snatching up four tony homes, reports the New York Post. That’s just in the United States, too.

The activist “also eyed property in the Bahamas at an ultra-exclusive resort where Justin Timberlake and Tiger Woods both have homes, The Post has learned,” the paper also informs. “Luxury apartments and townhouses at the beachfront Albany resort outside Nassau are priced between $5 million and $20 million, according to a local agent.”

Completely understandable. Continual agitation resulting in riots that destroy other people’s property must be very stressful. Cullors would need a place to kick back and relax on a white sand beach.

Girls in the Hood

Speaking of things white, Cullors will also endure the stress of living in her new digs near Malibu, California. That’s where she purchased last month “a $1.4 million home in an exclusive Los Angeles neighborhood where the vast majority of residents are white, according to reports,” wrote the Post in a different article.

“The home, which features three bedrooms and three bathrooms, is nestled in Topanga Canyon and has a separate guesthouse on the property, according to a celebrity real estate blog which reported the transaction last week,” the paper continues. That’s great. Cullors can now house some of those guests (a.k.a. “unaccompanied minors”) her friends in D.C. have invited into our country.

“The property, which is about a 15 minute drive from Malibu beaches, features bamboo floors and vaulted ceilings, according to the listing” as well as “‘soaring ceilings, skylights and plenty of windows’ with canyon views,” the Post further informs.

Sounds nice, but every rose has its thorns. Cullors’s new hood is a lily white area only 1.4 percent black; moreover, for all we know, half of that 1.4 percent could be due to the new residency of the activist and her “partner,” Janaya Khan. So, I don’t know; the ladies may have to worry about neighbors burning a cross on their lawn or police arbitrarily throwing them up against a car.

Give them credit, though. They’re brave enough to live there, anyway, instead of hiding out in a black neighborhood where they’d obviously feel far safer.

Now, lest you think Cullors and Khan (also a BLM figure; she co-founded BLM Canada) are betraying their principles, let not cynicism sour your soul. After all, in typical socialist style, their purchases might have been made with other people’s money.

For their Topanga Canyon abode was actually bought by a “corporate entity” — one public records show is controlled by Cullors, reports Dirt.

“That’s a sophisticated maneuver, making the purchase in the name of a corporate entity,” observes American Thinker editor in chief Thomas Lifson. “Too bad there were public records identifying who controlled it. I presume future purchases will use corporations domiciled in the Cayman Islands, or some other haven where the public has less access.”

Yet the story gets better still. We know that black lives matter to the powers that be; we’ve been told that over and over. But what of black voices? After all, Jason Whitlock, black sportswriter-turned-social critic, posted about the Cullors of Money story on Twitter — and was reportedly suspended by the platform (video below).

(Note: My Twitter suspension, initiated almost a month ago, continues.)

Apparently, the Truth is somehow incompatible with the socialist agenda.

But the news nonetheless got out enough so that some “fellow activists were taken aback by the real estate revelations,” the Post also reports.

“Hawk Newsome, the head of Black Lives Matter Greater New York City, called for ‘an independent investigation’ to find out how the global network spends its money,” the paper continued.

“‘If you go around calling yourself a socialist, you have to ask how much of her own personal money is going to charitable causes,’ he said,” the Post related. “It’s really sad because it makes people doubt the validity of the movement and overlook the fact that it’s the people that carry this movement.”

Joking aside, it’s no surprise that adherents of a materialist creed would be materialistic or that those rejecting God might worship the self and be selfish. Because, you know, BLM — Bolsheviks Love Money. 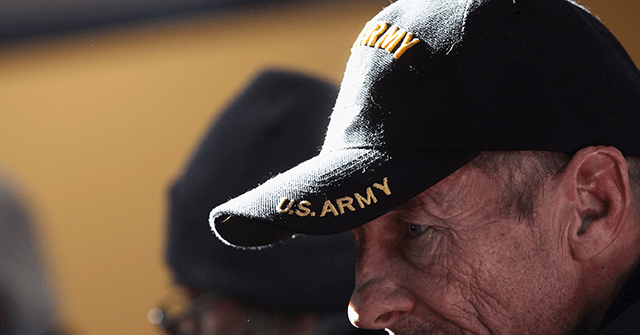 Corporations Wading Into Politics Is Bad For The Country