The old script is out of the files and dusted, the décor shined and up, and the puppet-master testing the strings and flexing his fingers. But something is still missing: new puppets to make the show attractive to those who have seen the same old puppets once too often.

Got it? We are talking of the presidential election in the Islamic Republic in Iran, scheduled for June but so far attracting little attention. In previous versions of the show, interest in it started up to two years before polling day as rival factions within the regime mobilized to reach for the prize or at least make an impression. On at least two occasions the rigmarole produced one pleasantly surprising result and one unexpectedly horrible one. On a third occasion, it triggered a nationwide uprising that pushed the Khomeinist regime to the edge of collapse.

Those of us who had long conceded that this simulacrum of an election was an insult to human intelligence, nonetheless maintained an interest in it for at least two reasons.

First it provided an instant snapshot of the balance of power within the Khomeinist camp. Then the election also provided a rough indication of the regime’s ability in producing a credible turnout of voters. To these I would add a third reason, often rejected by many Iranian observers: the possibility, no matter how remote, of correcting the nation’s tragic trajectory even if only slightly.

This time round, however, none of the above reasons seems to be relevant.

The balance of power has solidified in favor of those who have reduced four decades of revolutionary experience and its ideological cocktail of misunderstood Shiism and misguided communism to a banal Stalinist cult of personality built around Ayatollah Ali Khamenei, the self-styled “Supreme Guide”. It is no accident that Ayatollah Khatami, one of the mullahs most in vogue within the system, insists that every vote in June will be a vote for the “Supreme Guide” and the regime as a whole.

Gone are the days when Muhammad-Javad Zarif, presenting himself as Foreign Minister of Iran, would make no mention of the Islamic Republic or of Islam itself, and entertain the Council on Foreign Relations grandees with his tale of a “moderate” pro-US faction competing with a radical anti-American one for power in Tehran.

As for voter turnout, we now know that the regime has set the stage for an “historic event”. Islamic Revolutionary Guard Corps chief Gen. Hussein Salami says the “Supreme Guide” has ordered “an epoch-making turnout” that his force will help assemble.

As for the third reason, it is clear that the “Supreme Guide” will not tolerate the slightest deviation from the course he has set: a revolution that he claims is moving from strength to strength. “Today we are stronger and America is weaker,” he said recently. One of his ideological gurus, Dr. Hassan Abbasi, aka “Dr. Kissinger of Islam”, goes further: “America is the sunset power,” he says. “We are the sunrise power!”

Last year there was some speculation regarding Khamenei’s decision to allow one of the younger generals of the IRGC to assume the presidency, thus pushing turbaned heads, except that of his own, into the background. Surprisingly, however, none of the IRGC’s heavy-lifters has come forward.

A former Defense Minister has thrown his cap in the ring with few people noticing. His chief claim to revolutionary competence is that he was one of the “students” who took American diplomats hostage 41 years ago. He has been joined by a younger brigadier-general whose chief claim to fame is the building of railways that go nowhere and bridges that collapse before inauguration. A third IRGC apparatchik has also jumped in: he is a former head of the state-owned radio and TV network with a perhaps unique record: under his leadership the state-owned networks lost 70 percent of their audiences.

Not prepared to swallow the absurdity of the situation, regime apologists are praying that other more serious candidates might emerge. The current Speaker of the Islamic Majlis, the ersatz parliament, Muhammad-Baer Qalibaf, is one of those mentioned. His star rose when Khamenei chose him to deliver a “secret letter” to Russian President Vladimir Putin. His star declined when Putin refused to see him and turned him back at the gates of the Kremlin under snow. (He delivered the letter later to the Russian Duma’s Speaker.)

Another putative candidate is former Speaker Ali Larijani. His star rose when Khamenei put him in charge of negotiations with China for a “strategic partnership”. The so-called deal turned out to be a mouth-watering wish list of the kind Lili Gantry presented to her lovers. The exercise exposed Zari and President Hassan Rouhani as extras in a comedia del arte number but revived Larijani’s half dead presidential ambitions.

Regardless of who else might join this show it is clear that the Khomeinist camp has no solution for Iran’s growing and complex problems. It also lacks a charismatic figure capable of enthusing at least the regime’s bedrock of support.

Having said all that, the coming election may still be of interest for another reason. It could end the illusion that the Khomeinist regime might change course and seize the opportunity offered to it to re-join the global mainstream.

That would leave the outside world, including Iran’s neighbors, to decide either to tolerate its warts or to actively work for regime change in Tehran. The four-decade pursuit of “behavior change in Tehran” would have to be reviewed.

The shedding of illusions might also persuade Iranians, including segments of the regime’s support base, to decide whether or not the status quo is their best option. Zarif implies that it took him almost 40 years to realize that “we chose to live differently” from everyone else in the world.

Behzad Nabavi, an elder statesman of the “moderate” faction sees “living differently” even more starkly than Zarif. “I prefer to be poor but proud,” he says. “If the choice is between freedom and independence, I shall always choose the latter.”

Khamenei speaks of a “conspiracy” to force Iran to become a “normal nation” like everyone else and vows to never allow that to happen.

Iran may be heading for an end to pretense: The Khomeinist system isn’t a Middle Eastern version of the people-based Scandinavian Social Democracy as Noam Chomsky thinks. It is a despotism of the medieval kind with a pseudo-modern varnish borrowed from misunderstood Marxism.

The replacement of illusion with reality, no matter how bitter, may be good news after all.

B-2: The Bomber that Makes America's Enemies Cry 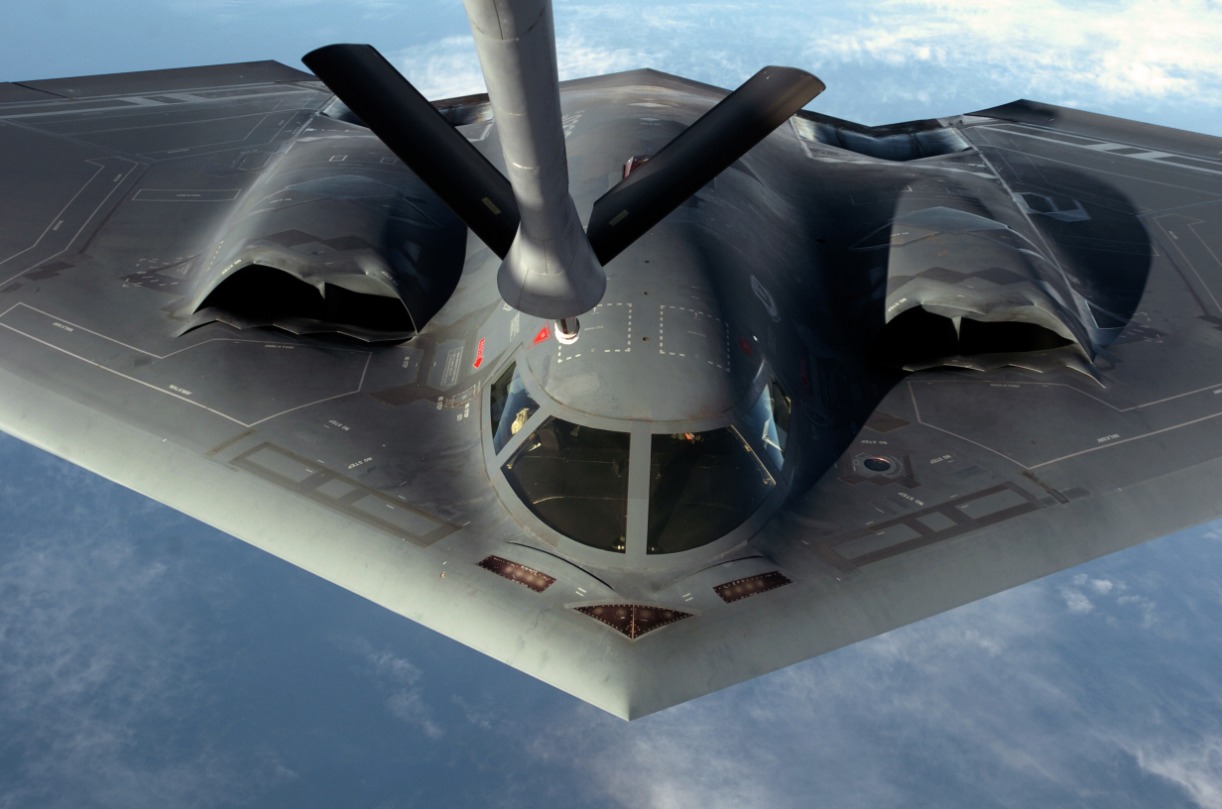