We received another ruling from the Supreme Court last night dealing with the limits of executive power during a declared state of emergency when state mandates collide with the Bill of Rights. The case in question was a challenge to California Governor Gavin Newsom’s order barring gatherings of people from more than three households in an indoor setting, even if the gathering was for religious purposes, such as bible study or a prayer meeting. Despite the fact that the ban is expected to be lifted in the coming week, the court ruled by a 5-4 margin that the ban violates the attendees’ Freedom of Religion, particularly when similar restrictions are not imposed upon other settings such as beauty salons. (Associated Press)

The Supreme Court is telling California that it can’t enforce coronavirus-related restrictions that have limited home-based religious worship including Bible studies and prayer meetings.

The order from the court late Friday is the latest in a recent string of cases in which the high court has barred officials from enforcing some coronavirus-related restrictions applying to religious gatherings.

Five conservative justices agreed that California restrictions that apply to in-home religious gatherings should be lifted for now, while the court’s three liberals and Chief Justice John Roberts would not have done so.

Before getting to the details, it’s worth noting that the 5-4 split once again saw Chief Justice John Roberts siding with the court’s three liberal justices against the five conservatives on the bench. Ever since the addition of Associate Justice Amy Coney Barrett, Roberts has seemed to lean increasingly to the left in an effort to not have his court portrayed as a completely partisan entity. (Which is obviously is, or at least would be if Roberts wasn’t more worried about his image than the substance of the cases he’s considering.)

The unsigned ruling from the majority was fairly straightforward. They didn’t take the blunt approach of saying that the Governor doesn’t have the power to issue such mandates. Instead, they pointed out the unequal nature of how it was applied. The justices noted that people from more than three households are allowed to patronize hair salons, movie theaters, and grocery stores under the terms of the order. While grocery stores are certainly an essential industry, they are not specifically called out as a fundamental right in the Constitution. Hair salons and movie theaters are strictly optional. But prayer meetings and Bible study groups are protected under the Bill of Rights.

Given that context, this ruling should have been a no-brainer, yet the liberal justices (plus Roberts) still found reason to kvetch. Elena Kagan wrote the opinion for herself and the two other liberal justices. I wanted to include this specific quote from her word-for-word so you can see how entirely senseless it is.

“California limits religious gatherings in homes to three households. If the State also limits all secular gatherings in homes to three households, it has complied with the First Amendment. And the State does exactly that: It has adopted a blanket restriction on at-home gatherings of all kinds, religious and secular alike. California need not … treat at-home religious gatherings the same as hardware stores and hair salons,” she wrote. She added that “the law does not require that the State equally treat apples and watermelons.”

First of all, the order doesn’t only apply to “homes.” It applies to all private gatherings wherever they take place under a roof. But that’s not the major issue here. The ostensible purpose of the order is to prevent the transmission of the virus among larger groups of non-cohabitating persons. Saying that the rule shouldn’t apply to hair salons and movie theaters assumes that the novel coronavirus is somehow smart enough to be able to infect people in a Bible study group, but suddenly back away from a cinema. ‘Oh, no. Hold up, boys. We can’t go into the movie theater or the Governor will fine us.’

The idea that Kagan, along with Breyer and Sotomayor would sign off on this isn’t terribly surprising. They’ve already demonstrated that they will go along with government control over the freedom of individuals with essentially no limits. But the fact that they somehow got John Roberts to march to their tune (though he wasn’t a signatory on Kagan’s opinion) is rather telling. And it doesn’t paint the Chief Justice in a very pretty light.

This Week in Campus Insanity Vol. 39 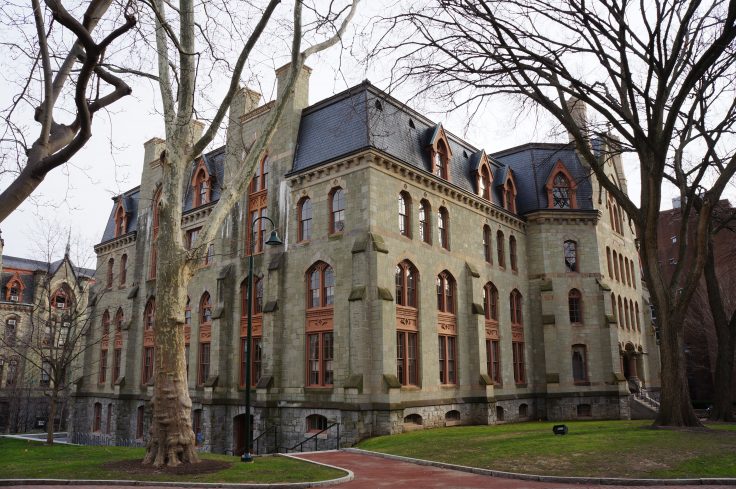