Man Sets Out on 130-Mile ‘Mowathon,’ Drives Lawnmower Across State to Raise Money for Charity

There are so many different ways to bring awareness to noble causes and raise money for charities that the only real limit seems to be a person’s creativity.

One man from Winter Garden, Florida, who works at Main Street Mower, decided to use his particular set of skills and access to riding lawnmowers to do some good and benefit the West Orange chapter of Habitat for Humanity, Inc.

And how exactly did he plan to do that? By riding a lawnmower across his home state — a skinny section of it, but 130 miles all the same.

“Being a 6th generation Floridian — I love my community,” Hawthorne said, according to Fox News. “And if riding a mower across the entire state of Florida helps provide someone a home in my community, then it’s been a good use of my time.”

“Florida Man has done just about everything,” Main Street Mower posted on March 19. “But has he ever driven a mower across the state to benefit Habitat For Humanity?

“Chip Hawthorne with Main Street Mower will be driving a TORO lawn mower across the Sunshine state to raise money for the West Orange Chapter of Habitat for Humanity, where all donations go towards building houses for the ones in need.”

The plan was to start out on the coastline in Titusville at 6 AM and end in Spring Hill at the Gulf of Mexico around 8 PM if all went according to plan.

Going at an average of 10 mph, that meant Hawthorne would spend a good 13 hours “driving” across the state in what he is calling a “Mowathon.”

“Sometimes you have a chance to do something great for others, this is mine,” he said.

Before embarking on his journey of a lifetime, Hawthorne set up a GoFundMe hoping to raise money for Habitat for Humanity. People donated throughout the campaign, and his GoFundMe efforts have resulted in nearly $10,000. While speaking to WOFL, Hawthorne mentioned he’d like to raise $500,000.

He live-streamed his progress as well, keeping people updated as he rode along, escorted by a safety truck and trailer as well as off-duty deputies.

And he made it.

“On April 8th, The Florida Man (a.k.a Chip Hawthorne) drove a LAWN MOWER across the state of Florida, coast to coast, for 130 miles,” Main Street Mower shared Thursday evening.

“This wild journey started on the coast of Titusville and finished at Spring Hill, after dipping his mower tire in the Gulf Of Mexico. The journey took 13 hours in total.

“This fundraiser event was hosted in order to raise funds for the West Orange chapter of Habitat for Humanity, where all proceeds go directly towards building houses for people in need. We are grateful and overwhelmed with the support from our local community. Without your help, we would not have made onto the national news.

“The event might be over, but the cause still lives. We continue to raise money for this amazing charity until we reach our goal.” 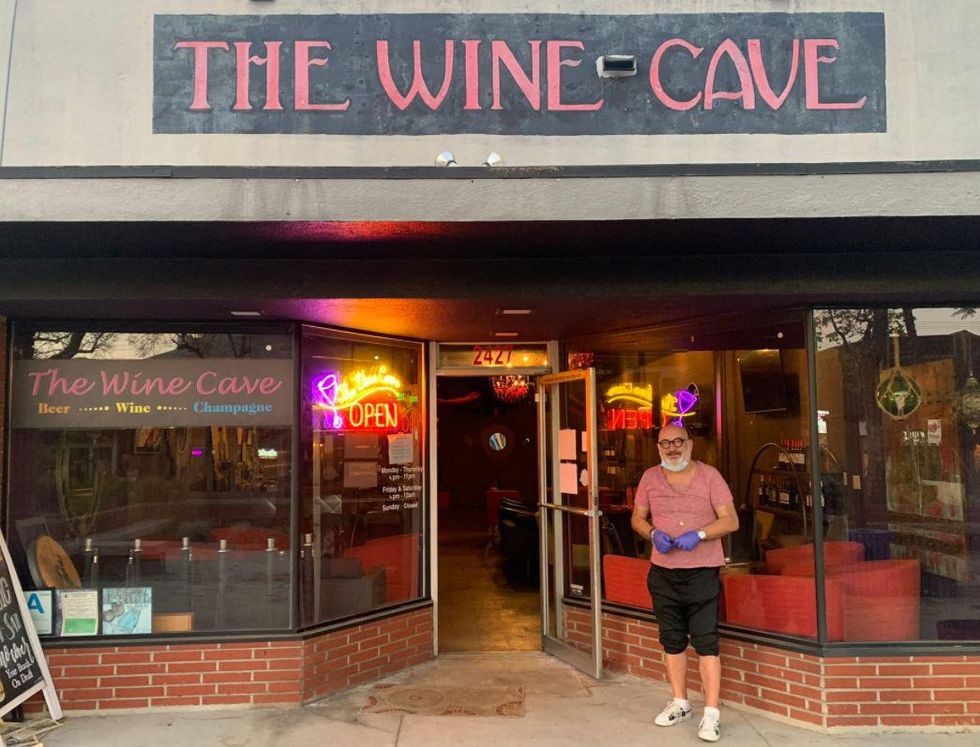 CA business owner says he has to close up shop after a year of lockdown. Then heroes step in.