Ignoring the border crisis was a better strategy than this.

Rather than funding and reinforcing border security, or working with foreign nations toward a coalition against the ongoing illegal immigration crisis, President Joe Biden is now considering an all-new and all-crazy plan — giving Central American countries federal money in order to stem the tide.

Central Americans have been of recent interest regarding illegal immigration in recent years. During the 2018 fiscal year, according to the Migration Policy Institute, 49 percent of family units and 58 percent of unaccompanied minors coming from Northern Triangle countries were from Guatemala alone. Three-fourths of the way through the 2019 fiscal year, Customs and Border Protection reportedly apprehended over 363,000 migrants from the Northern Triangle countries.

“We’re looking at all of the productive options to address both the economic reasons people may be migrating, as well as the protection and security reasons,” Jacobson told Reuters.

She seemingly foresaw the outrage to come from Biden’s ridiculous potential program and attempted to calm the waters, saying, “The one thing I can promise you is the U.S. government isn’t going to be handing out money or checks to people.”

Jacobson also mentioned that, while no decision had been made concerning vaccines being sent to Northern Triangle counties, the administration is actively weighing the impact of vaccine deliveries on the economies of those nations.

It seems Biden is trying to remedy his extreme negligence toward the border, albeit in the worst way possible.

The president’s immigration policy has directly lead to the border crisis itself; in the months following the Biden administration’s displays of ineptitude, immigration enforcement encounters have spiked.

Will Biden go through with this plan?

Biden’s Jan. 20 executive order halting construction of the wall left miles-wide holes in the border, allowing illegal immigrants to funnel directly into American communities. The order also revoked former President Donald Trump’s state of emergency from the border, stripping thousands of dollars of funding from federal and local law enforcement and stopping them from responding to threats.

Thanks to Biden, CBP was unable to effectively respond to the impending crisis.

In March alone, the agency took 171,000 migrants into custody.

Rather than giving back the money he took from federal law enforcement in January or otherwise reinforcing the border, though, Biden is considering giving taxpayer dollars to potential illegal immigrants.

This is one of the worst possible ways the president could have responded to the crisis — if it can be considered a response at all.

If nothing else, this absolutely fits Biden’s “America Last” agenda. Sacrificing the safety of millions of Americans wasn’t enough, though — he had to give their money away as well.

‘GOP Can’t Be Saved,’ We Must Become ‘Biden Republicans’ 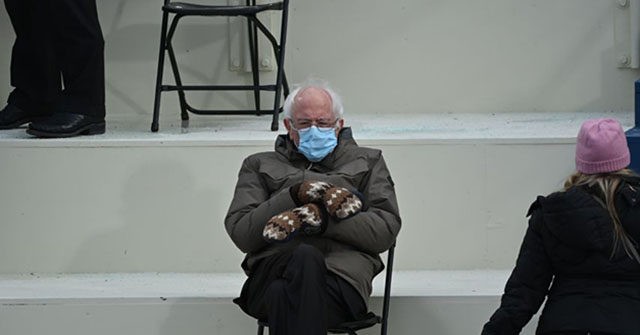