You have to wonder if the progressives who run the media and Google want Ron DeSantis to be president. Why else would they keep targeting him in ways that only serve to backfire spectacularly and thereby inoculate him from future criticism. We’ve spent nearly a week talking about the 60 Minutes hit job, which even some Democrats can see was a pathetic mess. Now YouTube is essentially telling CBS ‘hold my beer.’

“YouTube has clear policies around Covid-19 medical misinformation to support the health and safety of our users,” [YouTube spokesperson Elena] Hernandez said in a statement. “We removed AIER’s video because it included content that contradicts the consensus of local and global health authorities regarding the efficacy of masks to prevent the spread of Covid-19.”

Specifically, the doctors on the panel questioned the need for children to wear masks in school:

Based on a transcript provided by YouTube, it appears the participants ran afoul of the platform’s standards when DeSantis asked whether children in school should be wearing masks and [Dr. Martin] Kulldorff replied, “Uh, children should not wear face masks, no. They don’t need it for their own protection, and they don’t need it for protecting other people either.”

Less than a minute later, [Dr. Jay] Bhattacharya chimed-in, saying that mask-wearing “is developmentally inappropriate and it just doesn’t help on the disease spread.”

Dr. Bhattacharya responded after the video was pulled down today, calling it a violation of free expression and standards of scientific conduct:

Dr. Jay Bhattacharya of Stanford University, one of the scientists on the panel, said this “was a policy forum, in which it is appropriate to consider both the benefits and costs of a policy (child masking) when making judgments and recommendations.”

“YouTube’s censorship of our discussion is contrary to American democratic norms of free expression,” the professor said in an email. “It is also a violation of basic standards of scientific conduct, which stand in opposition to unreasoned silencing of contrary views and require the free exchange of ideas.”

I understand that these comments are at odds with the recommendations of the CDC, but shouldn’t doctors from Stanford, Oxford, etc. be able to offer their own views when asked? That’s a rhetorical question. Of course they should!

I’ve disagreed with Dr. Jay Bhattacharya before. About a year ago I argued that his estimates of the COVID death rate must be wrong. Nevertheless, I think it’s absurd to deplatform him and others because they aren’t in agreement with a government agency. We can have a public debate about issues like masks for children rather than silencing people, which always seems to be the left’s first impulse these days.

Politically, most people aren’t going to look into the details of this. What they’re going to remember is that YouTube went after DeSantis while letting loads of similar misinformation remain on the site.

Currently on 60 Minutes official YouTube channel you can go watch the clip of Anthony Fauci say there is no reason to be walking around in a mask. pic.twitter.com/KNG9Cvsye4

It’s not just that the rules aren’t good, it’s that they aren’t applied in anything like an even-handed manner. So the next time some media outlets or social media site targets DeSantis a lot of people are going to roll their eyes and tune it out because. There’s a reason he’s being hounded more than the disastrous and humiliated Governor of New York and it’s not because of science. 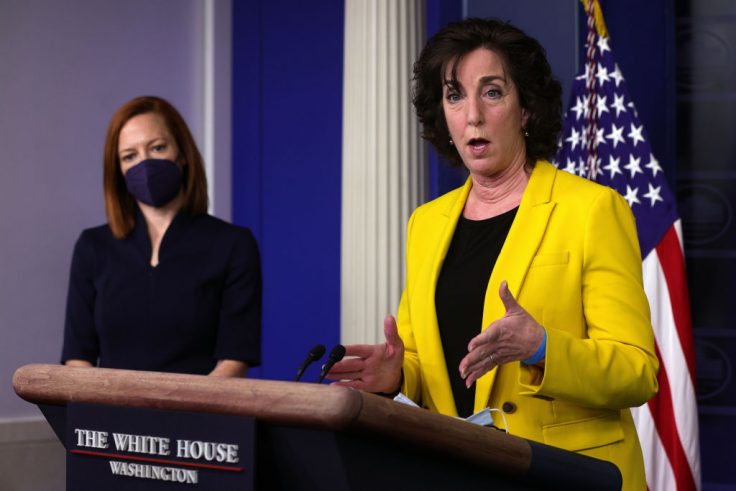 Biden's Border Czar to Step Down