“What do you think about a compromise like this: if you don’t take steps to make a gun fairly traceable then a culpability falls on you if it is misued? Or a requirement that someone the government approves do whatever to make the hobby guns you make traceable at no charge to you? Just thinking out loud. I’d like guns to be traceable but I also don’t want anyone’s hobby busted up.”

That’s a fairly imprecise policy proposal, so I’ll do some general pontification :-).

But I think it’s worth backing up and being a little more precise about what we are trying to accomplish.

As I said earlier, I think most hobbyists already put on serial numbers. Why? For me, anyway, it’s so that if a burglar gets past the alarm and torches open the safe I can give the police the serial number, and they can send it out to local pawn shops etc. That’s a lot easier than giving them a photo or something and expecting the pawn shop to compare the photo to the gun someone is trying to pawn.

My sense is that the folks advocating for ‘tracing’ envision catching Fred Felon with a gun, checking the serial number, and then going back to the guy who made it and saying ‘you’re busted for selling Fred the gun’. I don’t think that is going to make as much difference as people think.

If you can get Fred to testify he bought if from George Illicit-Gunmaker, you don’t need a serial number. If Fred won’t testify, then you need to prove George made it. But George isn’t likely to be registering the illicit guns he is making, for obvious reasons. And, sure, not doing that is a separate law broken, but so what? If you want to send George away for 10 years, just do so; you don’t need to give him 5 years for being an illicit gun dealer and 5 for not serializing the guns.

The US doesn’t have a lot of illicit gun manufacturing, which makes sense – mass production in a big factory is cheaper than craft building. But there are countries where there is more illicit manufacture than here, and the illicit manufacturers seem to take one of three approaches:
1)don’t put on serial numbers. This is common if it isn’t a clone of a commercial gun
2)do put on a serial number so it looks like a commercial gun, but use the same serial number for all of them
3)actually give them unique serial numbers. This kind of raises the question ‘why?’. Are they planning to do recalls for quality control problems?

So you’re a cop. You just found a gun – it’s an AR lower. It has a)no serial number or b)fake Colt markings and serial number. Is your investigation a lot easier in case b?

Some years ago my state came up with the idea of tax stamps for dope – it was a crime to possess a baggie of dope without an affixed serialized tax stamp (and of course, it was still a crime to have the baggie even with the stamp). Was this an effective crime fighting tool? Why or why not? And guns are different because….?

Having said all that, again, I don’t particularly object to serial number requirements … but I don’t really get why people think it will affect crime.

Fences go up around church in Canada; officials declare it shut down 'until [church] can demonstrate the ability to comply' with COVID-19  mandates 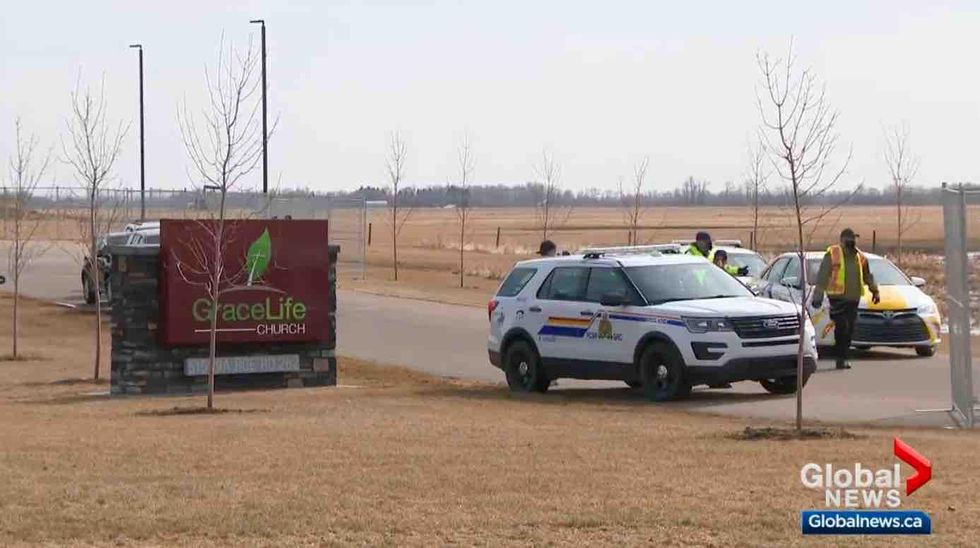