Why did the Secret Service get involved in a gun case involving Hunter Biden in 2018?

It was clever of Politico to drop this six hours before Biden’s first presidential press conference, leaving him with little time to prepare. We’ll see how quick Sleepy Joe is on his feet when he’s asked about this.

If he’s asked about this, I should say.

On the other hand, it’s unfortunate that this story will have to compete for eyeballs with another one about a powerful Democrat’s family getting special treatment because of who their relative is.

You should read this story in full as there are at least three “whoa” moments, just one of which involves the Secret Service. But that’s the biggest question: What on earth was the Secret Service doing intervening in a gun investigation involving an ex-vice president’s ne’er-do-well son? To set the stage, in 2018 Hunter’s then-girlfriend Hallie discovered a .38 pistol in his truck and, for reasons that are unclear, threw it in the trash behind a store called Janssen’s. When she went to retrieve it later, the gun was gone. Which is bad under any circumstances but really bad in this case considering Janssen’s is located across the street from a high school.

Delaware state cops were called in to investigate. And then, mysteriously, the Secret Service showed up to the gun store where Hunter had bought the weapon:

But a curious thing happened at the time: Secret Service agents approached the owner of the store where Hunter bought the gun and asked to take the paperwork involving the sale, according to two people, one of whom has firsthand knowledge of the episode and the other was briefed by a Secret Service agent after the fact.

The gun store owner refused to supply the paperwork, suspecting that the Secret Service officers wanted to hide Hunter’s ownership of the missing gun in case it were to be involved in a crime, the two people said. The owner, Ron Palmieri, later turned over the papers to the Bureau of Alcohol, Tobacco, Firearms, and Explosives, which oversees federal gun laws.

The Secret Service says it has no record of its agents investigating the incident, and Joe Biden, who was not under protection at the time, said through a spokesperson he has no knowledge of any Secret Service involvement.

If the point of the visit to the gun store was to cover up evidence that a gun that might be used in a crime belonged to Hunter Biden, then yeah, it’d make sense that the agency would have no official record of that visit. Gotta cover up the evidence of the attempted cover-up too.

That’s the first “whoa” moment. The second “whoa” moment provides another motive for a cover-up: According to Politico, Hunter answered “no” on the firearms transaction record to a question asking if he’s an “unlawful user of, or addicted to” certain drugs — even though he’d been kicked out of the Navy years before for drug use. Maybe he was clean at the time and read the question narrowly, focusing on the use of the present tense. He *used* to use drugs but didn’t when he bought the gun.

Or maybe he just lied on the form, which would itself be illegal. Is that why the Secret Service wanted the paperwork, because they feared the gun would turn up in a crime and the resulting media attention to Hunter’s denial of drug use on the form would create criminal liability for him?

At one point, two of Janssen’s employees, described by the police report as “Mexican males,” walked past the loading dock area, and Hunter told a police officer that the store had some suspicious people working for it. Asked if he was referring to those two staffers, Hunter responded, “Yea, prolly illegal,” according to the report.

Nothing criminal about that. But, you know, not great to be casting suspicion on two minority employees who turned out to have nothing to do with the gun’s disappearance. (The gun was discovered by a local who looks through garbage cans for recyclables. He ultimately returned it.)

Oh, I suppose there’s a fourth “whoa” moment: Hunter’s girlfriend Hallie was the widow of his late brother Beau. Nothing criminal about that either, but … yeah.

Hunter told cops that day that he hadn’t contacted this father about the missing gun. “I have never called my dad for anything,” he insisted, which seems unlikely for a guy who’s admitted on camera that his last name has opened doors for him. If he didn’t call Joe, we’re left with the mystery of who alerted the Secret Service to his little gun problem. It’s possible, I guess, that Hunter himself might have struck up friendships with USSS officers who protected his father in Delaware during his vice presidency and tipped them off, but is that likely? How often was he around them?

And even if he was friendly with them, would Secret Service agents really put their jobs on the line and risk a major scandal for their agency based on a dubious request from … Joe Biden’s sketchy kid?

A favor that big would need to be requested by Joe himself, no?

The only alternative I can think of is that the Secret Service took it upon itself to intervene because it got wind through law-enforcement channels that Hunter was in a jam. If that’s what happened, it raises the question of just how extensive the “crisis management team” for the Bidens in Delaware law enforcement is. A former VP who represented the state for 35 years in the Senate would naturally have plenty of friends in local police bureaus. Was there some informal understanding that if Hunter’s name turned up in any police matter, the Secret Service should quietly be made aware just in case they might “help”?

It’d be nice if a congressional committee were available to look into whether the current president of the United States abused his Secret Service connections to obstruct a police investigation in order to protect his son, but I’m afraid that’ll have to wait until 2023. Democrats run the committees now and they’re obviously not going to touch it. Just one more cost from the GOP’s very costly defeat in the Georgia Senate runoffs. 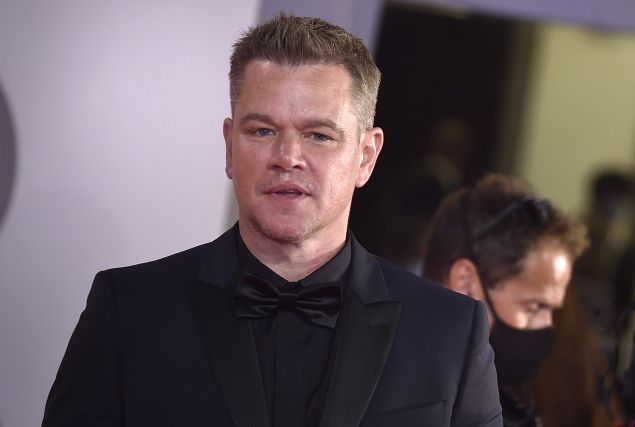