Ex-governor of Vermont and former presidential candidate Howard Dean compared the GOP to destructive fascists Tuesday while claiming former President Donald Trump uses the same techniques dictators such as Adolf Hitler used in order to successfully convince citizens to trust him and be able to “take over.”

The statements were made in a recent interview on the left-wing MeidasTouch Podcast, where the Meiselas brothers hosts have referred to the GOP as the “GOP terrorist party” or “GQP” in reference to the QAnon conspiracy theory.

During the interview, Dean described Trump’s election as the moment the GOP abandoned its ideology in favor of more “radical” philosophies.

“The Republican Party does not have any principles at all as far as I can see right now, except for ‘I want power and I’ll do whatever I can and lie in any way I need to in order to get power,’” he said. “That is a principle for the destruction of the United States and any other country.”

Dean also accused Trump of utilizing the same techniques as dictators such as Adolf Hitler in order to recruit supporters.

“It’s basically the same principle that Hitler used to take over and that most dictators used to take over,” he said. “It’s a pathetic construct though because it means that there are an awful lot of Americans who have given up on themselves and we have to figure out how to motivate them not to do that.”

On the new MeidasTouch Podcast, @GovHowardDean says that Trump uses the techniques of fascists like Hitler to convince people who have given up on themselves and society to put their faith in him.

Subscribe now and listen to an all new episode tomorrow: https://t.co/on0v7gnAP7 pic.twitter.com/c0czIASfAj

“I mean, to surrender to fascism is just as much of a sin as being a fascist,” he said.

Prior to Trump’s election, Dean claimed he would “get along fine with Republicans” with some Democrats even accusing him of being a Republican because he “cared about the budget” and “didn’t want to spend money we didn’t have.”

Declaring “there are decent Republicans, sort of,” Dean clarifies they “just don’t have the backbone to stand up” and as a result it “hurts America.”

NEW POD CLIP: @GovHowardDean says the radicalization of the GQP and their abandonment of their principles is destructive to the United States. pic.twitter.com/3x3Q8R8o3a

Asserting Trump was “the most corrupt president in the history of the United States,” Dean stated the “greatest tragedy” was all those who “surrendered their agencies” to the former president.

“That is a sign that something is very wrong in our society where huge swaths of people, maybe as many as a third of the people, decided that their lives weren’t worthy enough and they would surrender their agency to basically a crook, a con man,” he said.

The biggest problem, Dean stated, is how to “convince people to use their own agency” to improve the country “as opposed to surrendering it to people who are incompetent.”

In 2018, Dean claimed then-President Trump’s values are so far removed from those of Americans that many do not view him as a “legitimate” president.

This is not the first time the media have promoted associations between Republicans, former President Trump, and Nazis.

Last month, the Los Angeles Times published an op-ed addressing the struggle to “resist demands for unity” in the face of acts of “aggressive niceness” on the part of friendly Trump-supporting fellow citizens who are compared to “polite” Nazis and terror organizations who “offer protection and hospitality.”

Also in February, MSNBC published an op-ed comparing Hitler’s ability to speak and sway others at his 1924 trial (for an attempted coup) with Trump being allowed to speak at his impeachment trial.

In January, the MeidasTouch PAC branded Republican Party members “traitors” unworthy of being called conservatives while describing the GOP as “no different” from the ISIS terror group.

That same month, the Philadelphia Inquirer published an op-ed by the paper’s former editor David Lee Preston in which he made several comparisons between Trump and Hitler while presenting Trump’s presidency as a means to “better understand Hitler’s sway over Germans.”

In December, a Washington Post cartoon depicted Republicans who “collaborated” with the president in contesting the 2020 election results as gruesome rats.

In November, CNN anchor Christiane Amanpour recalled Kristallnacht — the infamous anti-Jewish pogrom carried out throughout Nazi Germany — while describing Trump’s presidency as having been a “modern day assault” attacking “those same values” the Nazis did. Global Britain? The 'New Plan for Immigration' looks like slow progress in the right direction 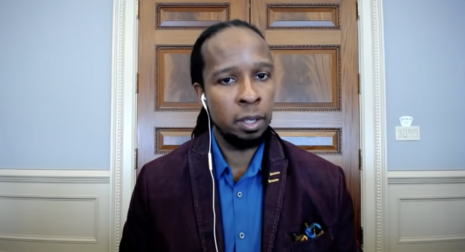