After two mass shootings in a week left at least 18 people dead, the gun-control debate again dominated Washington on Tuesday with Democrats demanding tougher laws and a ban on military-style rifles.

President Biden led the charge in calling for a ban on high-capacity magazines and the semiautomatic weapons sometimes called assault rifles.

Despite controlling the White House and both chambers of Congress, the Democrats will face a fierce battle to implement their gun-control wishlist.

Republicans dismissed their calls to action “as ridiculous theater,” accusing them of trotting out the same measures that go nowhere every time there is a mass shooting.

The latest showdown follows a shooting Monday at King Soopers grocery store in Boulder, Colorado, that left at least 10 people dead. Less than a week earlier, a gunman killed eight people during a shooting spree at Atlanta-area massage parlors.

Mr. Biden urged lawmakers to pass stronger gun control laws, suggesting that he may take executive action on gun control if Congress doesn’t do so.

“As president, I’m going to use all the resources at my disposal to keep people safe,” he said.

Sen. Richard Blumenthal, Connecticut Democrat, said the upper chamber must do something immediately.

“Inaction has made this horror completely predictable. Inaction by this Congress makes us complicit,” he said at the hearing.

“Every time there’s a shooting, we play this ridiculous theater where this committee gets together and proposes a bunch of laws that would do nothing to stop these murders,” he said. “When you disarm law-abiding citizens, you are more likely to make them victims. If you want to stop these murders, go after the murderers.”

Mr. Cruz plans to reintroduce a bill that would criminalize so-called “straw purchases” in which someone buys a gun on behalf of someone prohibited by law from owning a firearm.

Democrats blasted Republicans for refusing to budge on bills that would tighten gun restrictions.

“Prayer leaders have their important place in this, but we are Senate leaders. What are we doing? What are we doing other than reflecting and praying? That’s a good starting point. That shouldn’t be an endpoint,” said Judiciary Chairman Richard J. Durbin, Illinois Democrat.

While Democrats vow to push forward both of the House-passed gun bills, it’s doubtful they can muster enough support among Republicans to pass the measures. Democrats would need 60 votes to send the bills to Mr. Biden’s desk, but Congress has been unable to reach an agreement on gun laws in more than 30 years.

Mr. Biden called on the Senate to “immediately pass” the two bills, saying this shouldn’t be a partisan issue.

“I don’t need to wait another minute, let alone an hour, to take common-sense steps that will save lives in the future and to urge my colleagues in the House and Senate to act,” Mr. Biden said. “We can ban assault weapons and high-capacity magazines in this country once again.” 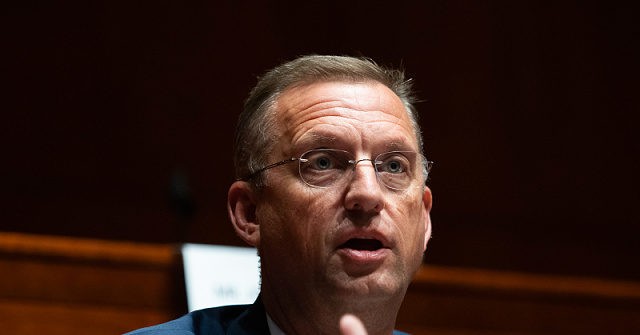