To see the difference between a so-called “feminist foreign policy” and a foreign policy that is truly “pro-women,” just look at the U.N.’s annual Commission on the Status of Women(CSW), which continues this week.

The Biden administration is using the occasion to elevate abortion in its foreign policy. Vice President Kamala Harris became the first U.S. vice president to address CSW and promised that the U.S. is “revitalizing our partnership with U.N. Women.” That’s the U.N. entity leading the way in advancing abortion and controversial sex education for children in countries that don’t want it.

Women in these countries are rightly appalled by the cultural colonialism that the U.N. and donor nations—particularly the U.S. and Western European countries—exert over the developing world. Time and again they have come forward to articulate the real issues that affect their families and communities, rejecting the imposition of abortion as a cure-all for the problems they face.

Yet Linda Thomas-Greenfield, recently confirmed to the post of U.S. ambassador to the U.N., has pledged that it is “a personal priority” for her to “be a leader” on the issue of women’s access to “a full range of reproductive health services,” which is code at the U.N. to include abortion.

Under Ms. Thomas-Greenfield’s leadership, the U.S. delegation to CSW is negotiating an outcome document. If adopted, it is likely to include multiple references to controversial “sexual and reproductive health and rights” language. Countries that would prefer to see language protecting the unborn or simply leave the sensitive topic of abortion out of their consensus document altogether will have to be bold to oppose it.

There is a critical difference between a feminist foreign policy that prioritizes sexual and reproductive rights and a truly pro-woman foreign policy that upholds the dignity and equality of all individuals—and in so doing achieves better outcomes for women and men alike.

The 2017 Women, Peace and Security Act is a good example of American leadership on women’s empowerment that respects women’s diverse needs and talents without reducing them to single-issue consumers of sexual and reproductive health services.

But each year’s meeting of CSW devotes inordinate attention to abortion under the rubric of sexual and reproductive health, perpetuating the myth that women’s equality is contingent upon an unfettered right to end the lives of their unborn sons and daughters.

Contrast this with the Trump administration’s submission to the U.N. Human Rights Council that affirmed the U.S. commitment to support health programs and life-saving services as the world’s largest bilateral donor to global health programs, while respecting “the sovereign right of nations to make their own laws to protect the unborn” and rejecting “any interpretation of international human rights to require any State to provide access to abortion.”

There is no international right to abortion in human rights treaties, no matter how creatively and persistently abortion advocates interpret those documents in their attempts to create one. But among the hundreds of recommendations that the U.S. received from other countries during the Universal Periodic Review were numerous calls from progressive governments to promote abortion under the framework of human rights.

The Netherlands specifically urged the U.S. to “[r]epeal the Helms Amendment and the Protecting Life in Global Health Assistance Policy and, in the interim, allow United States foreign assistance to be used… for safe abortion …” As if in response, Democrats in the House of Representatives commemorated International Women’s Day by reintroducing legislation to permit taxpayer funding of abortion abroad by repealing the Helms Amendment.

The upcoming Generation Equality Forum, organized by U.N. Women in conjunction with the governments of Mexico and France, features prominently at this year’s CSW. Events on topics like “Bodily Autonomy and SRHR for Generation Equality” and “Generation SRHR! Ensuring universal access to sexual and reproductive health and rights” demonstrate the centrality of the abortion agenda to the U.N.’s promotion of gender equality.

Unfortunately, the pursuit of gender equality at the U.N. has become corrupted by the promotion of abortion, sexual rights and even radical gender theory. The U.S. should buck this trend and champion a real pro-woman agenda that respects women as equal in dignity and entitled to exercise their authentic human rights, and leave abortion out of it.

LifeNews Note: Grace serves as Senior Associate for Social Issues at the United Nations at the Heritage Foundation. 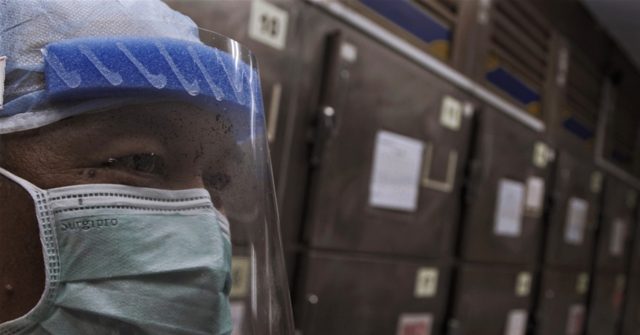