Biden might have broken the law by halting border-wall construction

Joe Biden certainly broke border security in his messaging on immigration reform. But did he break the law? Politico reported last night that the GAO has opened a probe into one of Biden’s first executive orders halting border-wall construction — a project Congress both approved and funded:

On his first day in office, Biden hit pause on billions of dollars set to be spent on his predecessor’s long-touted barrier between the U.S. and Mexico while his administration figured out next steps for the money. Now the Government Accountability Office is launching a review to determine whether the new president broke the law by freezing the money in violation of budget rules designed to keep Congress in control of the cash flow, the federal watchdog confirmed this week.

An unfavorable ruling from GAO would bolster Republicans in branding Biden as a rule-breaker as they blame him for the surge of migrants and unaccompanied children at the southern border. The pause on spending “directly contributed” to that flood of border crossers, Senate Republicans said in their plea last week for GAO to opine on the issue. More than 70 House Republicans followed Tuesday in asking for a GAO opinion, which the watchdog typically provides whenever a member of Congress requests one.

Besides, Republicans say, Biden should know better after more than 30 years as a senator, as Sen. Roy Blunt (R-Mo.), chair of the Senate Republican Policy Committee, put it.

“He was in the Congress a long time,” Blunt said in an interview. “He knows it’s the Congress’ job to authorize how the money is spent and the president’s job to spend it efficiently.”

There won’t be much doubt about the conclusion. When Congress approves and appropriates for a project, the executive branch can’t stop it unless the president vetoes the bill in which either of those actions took place. A change of president doesn’t change that either. Once Congress appropriated that money, the project should have continued as approved until the funding ran out or Congress rescinded its approval.

So yes, Biden broke the law. However, the complaint over this will seem a bit rich coming from Republicans, considering that Donald Trump funded a large part of the border-wall construction boost by redirecting money Congress had appropriated to the Department of Defense. True, Trump took the necessary step of declaring an emergency to cover his tracks, but that was a thin excuse for executive action in favor of a political expediency, as well as a legitimate step for border security that Congress should have funded years ago. In principle and effect, Trump’s action mirrors Biden’s — executives overriding Congress on appropriations, which isn’t just against the law but a significant constitutional issue.

The value of an unfavorable GAO finding will be political, not legal. Republicans have been arguing — correctly — that Biden and his team precipitated a massive border crisis by essentially encouraging people to cross the border to seek asylum. The White House wants to blame Trump for the crisis, but that’s wearing thin in the media and even among Democrats in border states who warned Biden about his messaging and preparation. For instance, Washington Post reporter and columnist Karen Tumulty wonders today why Biden didn’t come into office prepared to deal with this “predictable chaos” issue:

On his first day in office, President Biden rolled out his plan to achieve the most sweeping overhaul to U.S. immigration laws in more than a generation. He promised a more humane system that would include an eight-year path to citizenship for the estimated 11 million who are living in the United States illegally.

In this country, the announcement prompted understandable skepticism. How achievable would any of this be in the near term, given the closely divided Congress, the filibuster hurdle in the Senate and the many other pressing concerns facing the new administration?

Tragically, the chaotic and dangerous situation at the U.S. southern border was predictable.

Why the administration was not prepared for it is likely to be one of the chief topics Thursday at Biden’s first presidential news conference. Blaming his predecessor is unlikely to get him off the hook. Apprehensions at the border were rising under Donald Trump but not as fast as they are now.

Biden’s actions in halting border-wall construction sent a very big signal in that “come now” message. If Biden violated the law in that EO, that just makes the argument stronger for Republicans that this is a crisis of Biden’s making, and a result of incompetence and malfeasance. But as Tom Hanks tells Tom Everett Scott in That Thing You Do … “no one’s getting arrested, son.” 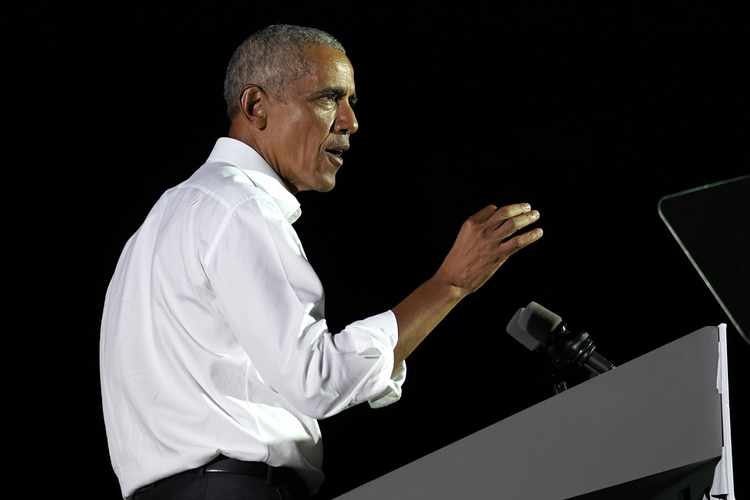 Netflix’s ‘Indian Matchmaking’ at the Emmys: The problems with nominating this Indian ‘reality’