H.R. 51 — D.C. Statehood Is an Idea Whose Time Should Never Come

Yesterday, the House Oversight and Reform Committee held a hearing on H.R. 51 — “the Washington, D.C. Admission Act” — a bill that would give the District of Columbia and its 690,000 residents statehood.

As we argued last year, D.C. statehood is a largely symbolic debate. It would take a constitutional amendment to transform the seat of federal government into a state. Article I, Section 8 of the Constitution gives Congress plenary local-lawmaking power to “exercise exclusive Legislation in all Cases whatsoever, over such District.” In 1961, the 23rd Amendment gave D.C. residents the right to vote in presidential elections as they would if D.C. were a state. Yet, D.C. is still defined as a permanent constitutional entity of its own, outside of statehood. On numerous occasions, and under both Republican and Democratic Party administrations, the Justice Department has found that D.C. statehood requires amending the Constitution.

Even if the D.C. statehood effort had a reasonable chance of passage, however, such an amendment would undermine stable federal governance in a number of ways. First it would put the seat of the national government under the controlling authority of a potentially hostile government. In Federalist No. 43, James Madison warned that without federal control of the capital, “the public authority might be insulted and its proceedings interrupted with impunity.”

Only once has a Republican presidential candidate, Richard Nixon in 1972, broken the 20 percent threshold in D.C. Not a single city council member is a Republican. The seat of national power was intentionally created as an independent entity to avoid having Congress and the president rely on, or answer to, the governor of a state.

Washington is also the city of the permanent political class — a place of tremendous wealth that is largely reliant on American taxpayers. D.C. has a higher median income than any state, and its recession-proof suburbs are some of the wealthiest in the country. In many ways, large swaths of Maryland and Virginia already act as the voice of the federal government. That is exactly what the Founders were trying to avoid when they created a federal district.

Madison, also in Federalist No. 43, noted, “the gradual accumulation of public improvements at the stationary residence of the government would be both too great a public pledge to be left in the hands of a single State, and would create so many obstacles to a removal of the government, as still further to abridge its necessary independence.”

Washington, as it now stands, has already accumulated far more political power than any city in the nation. Transforming the seat of this authority into a state would create voters who are almost wholly incentivized to grow the power and size of the federal government at the expense of other states.

Of course, if Democrats were truly concerned about the lack of representation among Washingtonians, they might be working on ideas that would allow D.C. residents to become Marylanders or Virginians. Instead, they are intent on creating — or, at the very least, normalizing the idea of — a liberal enclave that would give them two permanent senators. Because the agitation for D.C. statehood is little more than a cynical play for partisan advantage. 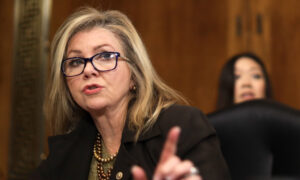 Ban on Media at Border Unjustified