“These interior checkpoints are closed because of staffing shortages, as the agents have all had to be pushed to the border to protect the border,” Blackburn said on Tuesday during a news briefing with reporters. “ICE [Immigration Customs Enforcement] is refusing to pick up criminal aliens from some of the prisons and the county jails. They’re overflowing.

“Sheriff Lam [of Pinal County, Ariz.] said more illegal immigrants are likely to end up in Tennessee than in Pinal County because they just transit through his county on their way to the final destination in the interior. And the cartels are pushing people through these counties and into the interior. They are very emboldened with this Biden open border policy, and until we secure this southern border, every town is a border town and every state is a border state.”

Blackburn said there are some steps that the Biden administration should take quickly to deal with the crisis at the border, including reimplementing the Trump administration’s border enforcement policies such as the “Remain in Mexico” policy that required migrants stopped at the southern border to wait for their court hearings in Mexico rather than the U.S. interior.

She also called on Biden to reverse his decision to halt construction of additional physical barriers along the border and end the Obama-era “catch and release” policy that he restored.

“Continue building the wall,” Blackburn continued. “It is amazing to see the construction items that are needed, the equipment, they’re right there is the wall. But all the trenching is done, the roads are cut into the sides of the mountain but there was a stop overnight. So all of that should be revisited. Ending catch and release that the Biden administration has done. We need an envoy for these Northern Triangle countries to deal with these issues.”

The Biden administration is reportedly releasing illegal immigrants stopped at the border in the Rio Grande Valley without a court date. Just the News asked Blackburn if she thinks releasing migrants without a scheduled court date for their case to be heard is legal.

“This is one of the things that is happening because the jails are full,” she said. “ICE is not doing their job. So I don’t know if they would say it is a stated policy, but in effect, because of their lack of action, this is what is becoming the policy. You are seeing these individuals just come on in. It’s like the welcome mat is down.”

Blackburn also slammed Homeland Security Secretary Alejandro Mayorkas for not referring to the situation at the border as a “crisis” and saying the border is closed.

“To me, that is astounding,” she said.

President Biden has eliminated many of former President Trump’s immigration enforcement policies, which GOP lawmakers argue has fueled the surge of illegal immigration at the border happening now.

Republicans controlled the House and Senate from 2017-2019 under Trump. Blackburn was asked whether she thinks the Republican-led Congress should have formally passed Trump’s border enforcement policies in legislation as a way to prevent them from being unraveled through executive order.

“I always think that putting things in federal statutes brings clarity and it removes uncertainty,” she said. 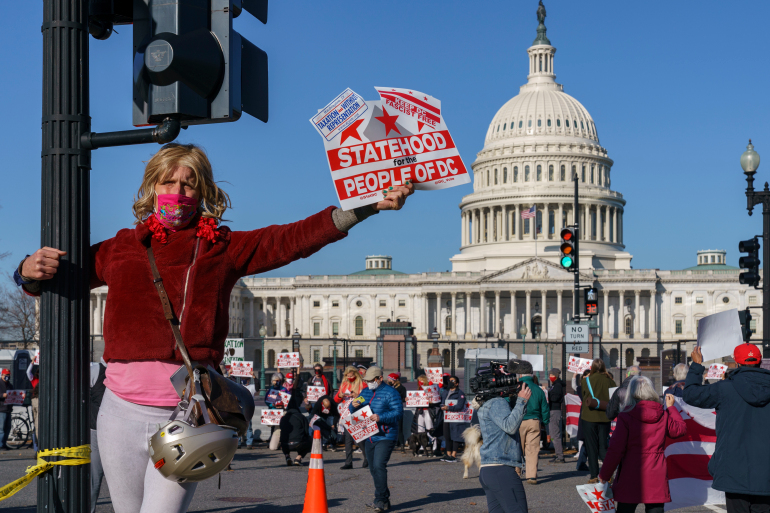