Colorado’s biggest sports teams were all united in paying tributes to the Boulder supermarket slaughter of 10 people, including a hero officer who was among the first to respond.

“Our hearts go out to the innocent victims, grocery store associates & families of those affected by today’s shooting at a King Soopers,” the Broncos tweeted. “We are grateful for the law enforcement & medical professionals who bravely responded to yet another senseless tragedy.”

The Nuggets and Rapids posted identically worded tributes, saying they were “deeply saddened,” and adding, “Our thoughts are with all those impacted by this terrible act.”

University of Colorado Buffaloes coach Tad Boyle said that he started getting news about the “senseless act of violence” just before his team started its second-round NCAA men’s basketball tournament game.

“It puts basketball in its proper place,” Boyle said after a 71-53 loss to the Florida State Seminoles. “Win or lose tonight, I felt an emptiness in my stomach.

“Another senseless act of violence that we’ve experienced as a country many, many times,” he said.

As well as a statement, the Rockies also retweeted a photo of fallen officer Eric Talley, a 51-year-old father of seven.

“The Colorado Rockies are devastated by today’s senseless tragedy in Boulder,” the baseball team tweeted.

“Our heart breaks for the lives needlessly lost and our thoughts are with everyone affected by this shooting. We are grateful for the brave heroes and first responders who acted quickly.”

The Avalanche also said the team was “deeply saddened,” writing, “Our thoughts and prayers are with all those impacted by this terrible act” while vowing to limit social media activity out of respect.

When Does It End? | RealClearPolitics 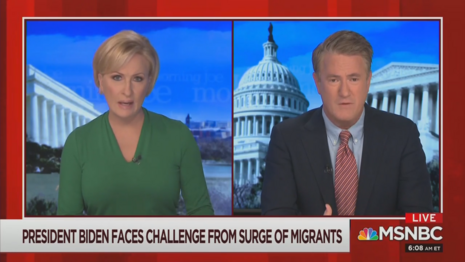