President Joe Biden has revived his call for a new federal “assault weapon” ban and expanded background checks following yesterday’s mass shooting at a grocery store in Boulder, Colorado, which killed 10 people. “We can ban assault weapons and high-capacity magazines,” Biden tweeted today. “We can close loopholes in our gun background check system. This is not a partisan issue—it’s an American issue that will save lives. Congress needs to act.” As usual, those proposals make little sense as a response to a crime that supposedly illustrates the need for them.

According to the arrest affidavit, the suspect in the Boulder attack was armed with an AR-15-style “rifle” and a “semiautomatic handgun.” The affidavit says he bought a Ruger AR-556 pistol, which has a 10.5-inch barrel and a “stabilizing brace,” six days before the shooting. While it’s not clear whether that was the “rifle” described by police and witnesses, either the Ruger pistol or an AR-15-style rifle would have been covered by the latest federal “assault weapon” bill and by a local ban that a Colorado judge blocked earlier this month.

But the “military-style” features targeted by such measures have little or nothing to do with a gun’s deadliness in the hands of a mass shooter. And since Colorado already requires background checks for all gun purchases, it is hard to see how imposing that rule nationally, as Biden wants to do, could have stymied this shooter. That’s assuming he had a disqualifying criminal or psychiatric record, and at this point it looks like he did not.

The Assault Weapons Ban of 2021, which Sen. Dianne Feinstein (D–Calif.) unveiled this month, would prohibit the manufacture or sale of “205 military-style assault weapons” by name. It also covers any semiautomatic rifle that accepts detachable magazines and has any of these features: “a pistol grip,” “a forward grip,” a folding or telescoping stock, “a grenade launcher,” “a barrel shroud,” or “a threaded barrel.” Also classified as “assault weapons”: any semiautomatic pistol that is “a semiautomatic version of an automatic firearm” or that has “a threaded barrel,” “a second pistol grip,” “a barrel shroud,” “the capacity to accept a detachable magazine at some location outside of the pistol grip,” “a manufactured weight of 50 ounces or more when unloaded,” or “a stabilizing brace or similar component.”

With the exception of grenade launchers (not very useful without grenades, which are strictly regulated under federal law), those features do not make a gun especially lethal. They have nothing to do with rate of fire, ammunition size, muzzle velocity, or muzzle energy.

The rationale for banning folding or telescoping stocks is rather mysterious. But the Boulder City Council, which unanimously approved the ordinance in 2018, argued that the other targeted features “allow for greater control of the weapon,” so that it can be “kept pointed at a target while being fired.” The city’s official explanation of the ordinance says the guns it covers have “military features” that “allow rapid spray firing for the quick and efficient killing of humans.” It adds that “a rifle fired from the shoulder recoils and must be brought down and onto a target before another round can be fired.”

That rationale is dubious for reasons I explained at the time. “‘Spray fire’ is a phrase used only by gun control advocates to scare people who do not know better,” observed Michael Bazinet, director of public affairs at the National Shooting Sports Foundation, a trade group. He added that “you do not need ‘a protruding grip or other device to allow the weapon to be stabilized with the non-trigger hand’ to keep a semiautomatic rifle on target,” which he called “a patently ridiculous statement.”

In any event, it defies reason to suppose that someone bent on mass murder would have been deterred by a local ordinance banning the possession of his gun within city limits unless he had registered it. Yet that is the implication of reports like this Washington Post story, which notes that “Boulder’s assault weapons ban, meant to stop mass shootings, was blocked 10 days before [the] grocery store attack.”

In a March 12 ruling, Boulder County District Court Judge Andrew Hartman barred enforcement of the ordinance, concluding that it conflicted with state law. And if he hadn’t? “We tried to protect our city,” a local gun control activist told the Post. “It’s so tragic to see the legislation struck down, and days later, to have our city experience exactly what we were trying to prevent.”

Reasoning like that allows for no gap between intent and results. If a law was “meant to stop mass shootings,” the Post suggests, it surely would have done so. But it is hard to believe that Boulder’s ordinance could have magically stopped a mass shooter from entering the city with a prohibited firearm.

Even if such a murderer were for some reason punctilious about obeying Boulder’s gun control dictates, he would have had plenty of equally effective alternatives. Biden himself concedes that the 1994 federal “assault weapon” ban, which expired in 2004, had no impact on the lethality of legal firearms. The problem, according to Biden, was that manufacturers could comply with the law by “making minor modifications to their products—modifications that leave them just as deadly.”

The new, supposedly improved ban does not solve that problem, which is unavoidable when politicians target guns based on arbitrary distinctions. And like the 1994 law, Feinstein’s current bill does not prohibit possession of “assault weapons,” meaning that millions of those guns would remain in circulation, available to mass shooters who prefer them.

As for expanded background checks, they will be an obstacle to mass shooters only when they have disqualifying criminal or psychiatric records. They typically do not, and so far it seems that is also true of the Boulder killer.

“Using law enforcement databases,” the arrest affidavit says, “investigators determined that [the suspect] had purchased a Ruger AR-556 pistol on March 16, 2021.” That implies he passed a background check, since there was an official record of the sale. While his relatives reported that he had psychological problems, evidently he was not subjected to court-ordered psychiatric treatment, which would have prohibited the purchase. And while he pleaded guilty to assault when he was in high school, The Colorado Sun reports that the charge was a misdemeanor, not a felony.

Even when mass shooters are not legally allowed to own guns, a “universal” background check requirement can prevent them from obtaining firearms only if they have no access to sources who fail to comply with that requirement. In any case, mandating background checks for private sales, which Colorado already does, plainly did not prevent this particular attack.

For gun control advocates, it does not really matter whether there is a logical connection between the new laws they want and the crimes that supposedly justify them. In fact, Biden responded to the Boulder attack with his usual solutions even before the details of the crime were clear.

“We’re still waiting for more information regarding the shooter,” including the “weapons he used” and how he obtained them, the president said this afternoon. But he added that “I don’t need to wait another minute, let alone an hour, to take commonsense steps that will save the lives in the future and to urge my colleagues in the House and Senate to act.” In Biden’s view, thinking before acting would be reckless. 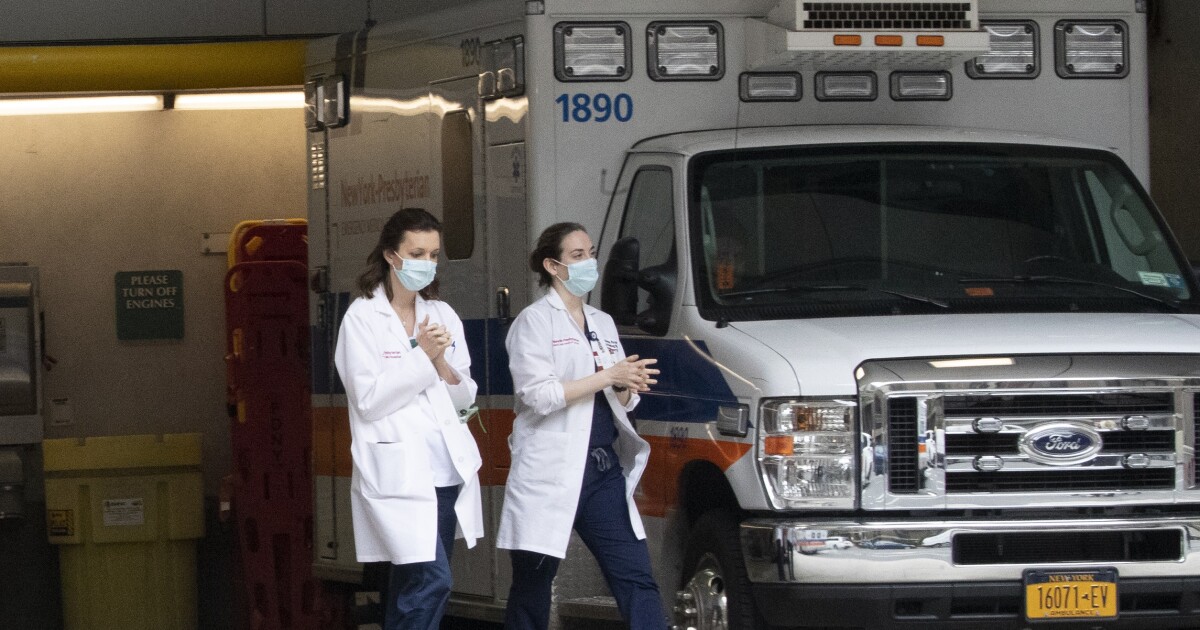 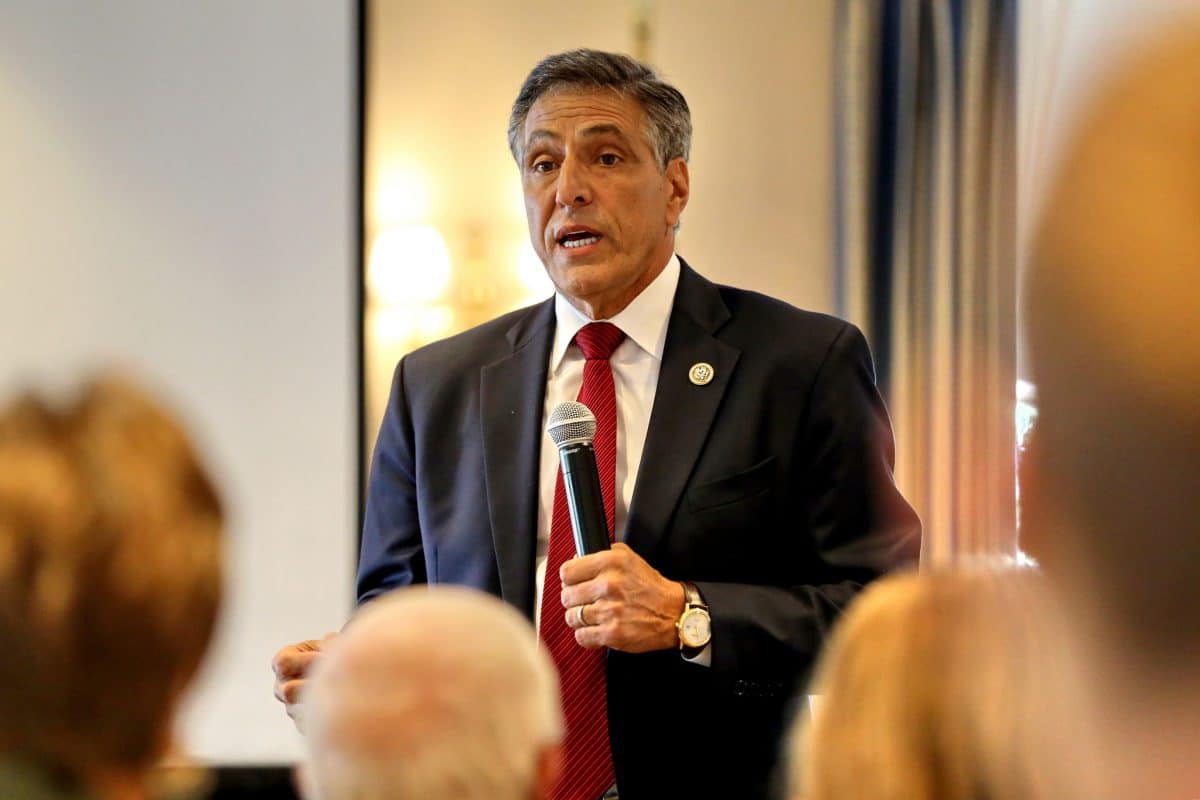