An ally of former President Donald Trump has announced a 2022 bid for Georgia secretary of state, pitting him against the incumbent Republican, who clashed with Trump repeatedly over last year’s election results in the state.

Rep. Jody Hice (R-Ga.) took aim on March 22 at Secretary of State Brad Raffensperger, claiming that actions by the state’s top elections official served to “create cracks in the integrity of our elections, which I wholeheartedly believe individuals took advantage of in 2020.”

“Our state deserves a leader who steers clear of scandals and focuses on the incredibly important duties of the office. If elected, my top priority will be ensuring every Georgian’s legally cast ballot is counted in future elections,” he said.

Trump maintains that he won the state of Georgia in the 2020 election, even though state officials certified Democrat Joe Biden as the victor after several recounts.

While Trump urged Raffensperger to look closely at electoral and voter fraud claims, Raffensperger has said his office probed the allegations and found only a small amount of fraud occurred.

“We will continue to root out voting fraud and make sure anyone guilty of it faces prosecution,” Raffensperger said last month, in announcing that the state election board sent 24 more alleged voting violations to prosecutors. “Fortunately, these individual cases aren’t large enough to change the outcome of a statewide election.”

A spokesman for the secretary of state didn’t return a request for comment by press time.

Trump, who vowed to campaign against the Republican incumbent, quickly endorsed Hice, calling him one of the most outstanding members of Congress.

“Jody has been a steadfast fighter for conservative Georgia values and is a staunch ally of the America First agenda. Unlike the current Georgia Secretary of State, Jody leads out front with integrity. I have 100% confidence in Jody to fight for Free, Fair, and Secure Elections in Georgia, in line with our beloved U.S. Constitution,” Trump said in a statement issued through his Save America political action committee.

Hice, 60, has been a member of Congress since 2015. Before that, he was a pastor. He represents Georgia’s 10th Congressional District, which has been held by Republicans since 1995.

Trump said he will campaign against Republican Georgia Gov. Brian Kemp, who he believes failed to act properly when presented with fraud claims.

“I’ll be here in a year and a half campaigning against your governor and your crazy secretary of state,” he told a rally on Jan. 4, just before Democrats won two U.S. Senate runoff elections.

Kemp has said he didn’t have the authority to intervene in election disputes, instead deferring to Raffensperger.

The terms of both officials are up in early 2023. 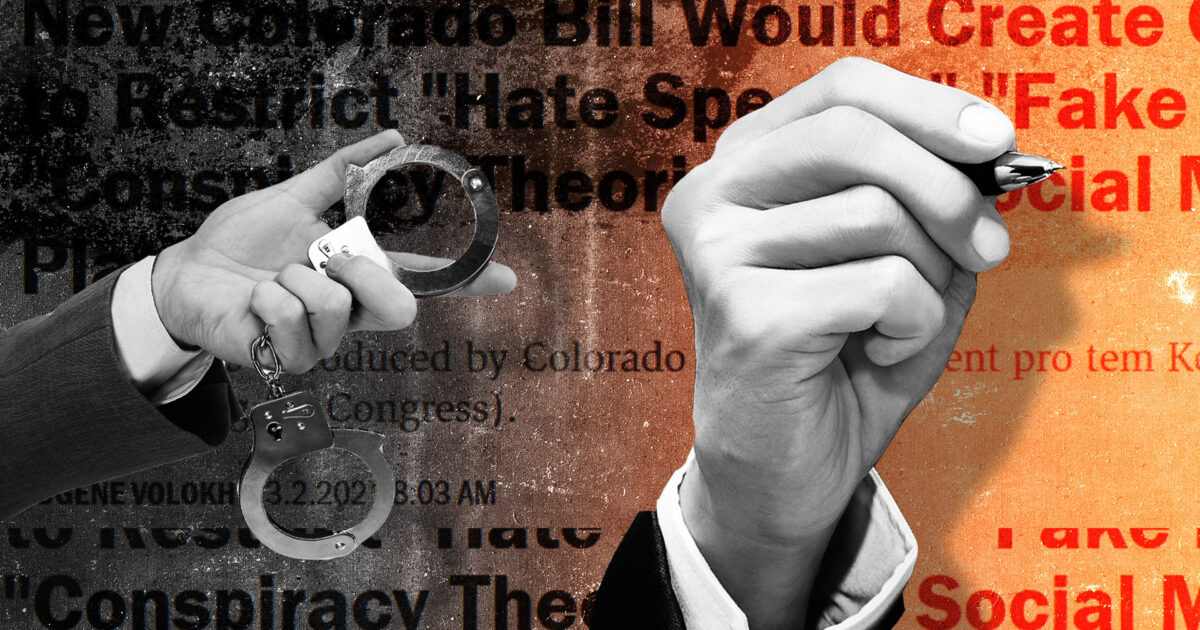 Government is Still the Biggest Threat to Free Speech – Reason.com

Did SCOTUS tip its hand against union organizing on private property?