Kamala Harris Does Not Salute the Military, Unlike Former Vice Presidents Pence and Biden (Video)

Kamala Harris does not salute the military when she arrives at or steps off Air Force Two, unlike her predecessors former Vice Presidents Mike Pence and Joe Biden who both saluted the military, numerous videos show. In one video Harris seems more interested in fluffing her hair than showing respect to the men and women who serve the nation. While there is no hard and fast protocol on Presidents and Vice Presidents saluting the military, President Ronald Reagan set the modern era precedent by saluting the officers stationed at the steps for Marine One and Air Force One. Every president since Reagan has maintained the tradition, even Barack Obama though sometimes holding his cup of coffee made the salute somewhat awkward.

TRENDING: CAUGHT ON VIDEO: FBI and DHS Attempt To Recruit Former Green Beret to Infiltrate and Spy on Oath Keepers, Proud Boys – But He Recorded The Conversation!

The @VP finishes up her joint visit to Atlanta with @POTUS and boards AF2 on her way back Washington, DC. pic.twitter.com/OUm2TkUNYj

Former Vice Presidents Pence and Biden saluted the military as these videos show.

Biden at Marine Corps Base Camp Pendleton in California, January 20, 2012:

One has to go back to uber-hawk Dick Cheney to find video of a vice president not saluting the military, here seen arriving in Charleston, South Carolina with Sen. Lindsey Graham (R-S.C.) on March 17, 2006:

Cheney did not salute because he said he was outside of the chain of command as vice president (well, perhaps not on 9/11), however, with Joe Biden having saluted as vice president and with his obvious grooming of the perpetually funereally dressed Harris to be able to step into the presidency on a moment’s notice, one would think he would order her to get in the habit of saluting the military. Maybe she refused.

The Washington Post’s Jonathan Capehart was quite taken with the White House video of Harris snubbing the military, “Just sit with this image and ponder the exponential power it holds.”

Just sit with this image and ponder the exponential power it holds. https://t.co/YYsValkNqS 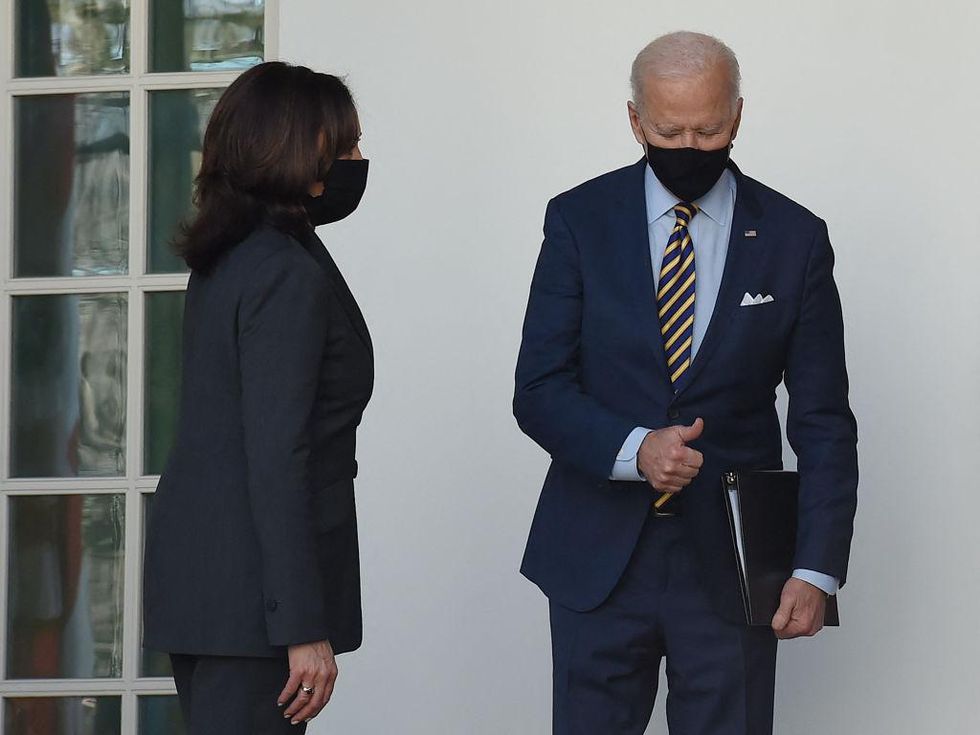 Transcripts from Ghislaine Maxwell’s case too ‘sensational and impure’ for the public, judge says