The word empire typically evokes power, control, and extending authority over distant regions. European empires during the early modern period, however, often grew by delegating power to what today might be called nongovernmental or quasi-governmental organizations that assumed the risk and cost of overseas ventures for rulers who authorized them. Some of those efforts, as with Spain’s colonization of the New World, looked back to medieval precedents. Other initiatives pioneered modern corporate governance with the development of joint stock companies that forged the first age of globalization.

In Outsourcing Empire, scholars Andrew Phillips and J. C. Sharman consider this important, though relatively neglected, phenomenon from the perspective of contemporary international relations and organizational theory. The authors explain how for-profit trading firms wielding sovereign powers over war, peace, and governance emerged to facilitate imperial expansion. Britain’s East India Company holds a prominent place in conventional histories, and readers may recognize its Dutch counterpart, but other examples generally receive only passing mention elsewhere. Outsourcing Empire focuses on these enterprises and shows how their hybrid structure combining trade with rule developed to manage relations with alien cultures in regions distant from the states that chartered them.

Company-states emerged in response to several problems during the age of exploration while drawing on precedents developed apart from it. Long-distance trade and colonization required tremendous capital. Despite often stupendous profits, the time these voyages took delayed returns on the investment. Rulers, to say nothing of individual merchants, lacked the ready cash to finance such ventures easily. The time lag between cost and benefit demanded new structures that allowed investors to pool capital and risk.

The distance over which these expeditions operated also required their leaders to exercise powers beyond those needed for European commerce within a recognized legal system. Armed for self-defense, overpowering resistance, and keeping order among their own personnel, traders had to negotiate with local rulers before conducting trade. Even apart from colonization to develop new territories overseas, commercial ventures required a secure location to hold goods and conduct their operations. Given the slow flow of information, they couldn’t wait for orders from home, either.

The legal form of the corporation, which gave partnerships the legal standing of a person, solved part of the problem. As a fictitious person, corporations outlasted a single life and had a recognized basis in law. Since late antiquity, licensed companies had allowed merchants to pursue their own trade with an official guarantee. The joint stock companies that supplanted them sold shares to raise funds for ventures on a much larger scale. Charters establishing corporations could also be written to provide additional powers needed to pursue their particular aims. A kind of public-private partnership, international trading firms filled a gap between the reach of effective government power and the difficulty of commerce in an anarchic global commons that lasted well into the eighteenth century.

Established in March 1602, the Dutch United East India Company (VOC) pioneered both the company-state model and commercial empire in Asia. It consolidated separate trading ventures under a single authority, chartered by the States General of the Dutch Republic, that developed into a limited-liability joint stock company in 1621. (Phillips and Sharman describe the earlier trading-post empires of Genoa and Venice as prototypes for this arrangement.) A management committee known as the Gentlemen XVII, consisting of merchant oligarchs from the constituent Dutch provinces, set overall strategy, while responsibility for implementing policy fell to a governor-general at Batavia in what is now Indonesia. Despite formal links to the metropolis, distance from Europe made in-country VOC officers effectively autonomous.

Autonomy combined with powers usually exercised by sovereign governments enabled the VOC to build a formidable empire. One of the earliest governors-general, Jan Pieters­zoon Coen, viewed war and trade as intertwined. Opening markets and then excluding rivals secured the profits that sustained further military efforts. Between a third and a fifth of profits during the apex of the VOC’s power went to military expenditure. Deft cultural diplomacy provided further leverage as the company secured a place in local hierarchies by mastering “indigenous languages of rule.” The acceptance of company-backed “stranger kings” in Southeast Asia helped the VOC build a territorial empire that backed its commercial dominance.

Where its interests diverged from the Dutch Republic’s strategic priorities, the VOC put itself first. The commercial benefits of excluding the Portuguese and the English from Asian trade outweighed the government’s need for their political support back in Europe. Using proceeds from trade within Asia, the VOC financed imports from China that fetched high prices in Europe without exporting precious metals in return.

Ironically, wealth later kept the company from responding effectively to increased competition. Keeping the interests of agents and principals aligned for the company’s benefit proved difficult as employees were hard to control from a distance and eager to pursue their own advantage. Lower prices for Asian imports also cut into VOC earnings after 1700, while new rivals emerged in Europe.

Elizabeth I had chartered the English East India Company (EIC) in 1600, but it struggled to match the growth of its Dutch competitor. Lacking the capital and military power the VOC enjoyed, the EIC also faced political difficulties at home, including recurring struggles between the Crown and Parliament. But the EIC turned adversity into an opportunity. Excluded from the Spice Islands, the EIC focused on South Asia. The large difference between the cost of goods, including cotton cloth, in India and their price in Europe secured profits that enabled the company’s rise.

Decline of the Company-State

Company-states also operated in the seventeenth-century Atlantic world as a modular institutional form easily transferred to another context. Many English colonies, including Jamestown, Plymouth, and Massachusetts Bay, were established with support from joint stock companies able to raise capital for their early years. A Royal African Company secured a monopoly in 1671 on English trade in West Africa. The Dutch chartered a West India Company around the same time as the VOC. Sweden and other countries followed suit. But company-states did not thrive in the Western Hemisphere. Why were they less successful than their Asian counterparts?

Relative proximity to Europe made encroachments on monopolies by rivals and interference by governments much easier. Where the VOC pursued commerce and war as complementary activities, its West Indian counterpart focused on the latter to the detriment of long-term profitability. Like French and Iberian companies under much greater state control, it fell into a spiral of debt, commercial failure, and dependence on government support.

The Hudson Bay Company offers an exception underlining the general rule. Its distance from populous or contested regions and the small number of employees operating a seasonal trade sheltered it from intervention and kept costs low. Only when vast areas of Canada could no longer be left with minimal supervision and the new Dominion of Canada stood ready to take its place did authorities in London replace the company with direct rule from Ottawa, lest the United States take over instead. Sovereignty had to be exercised rather than delegated if it were to be maintained.

Rulers from the mid-eighteenth century increasingly brought autonomous groups under control as governments feared disorder on peripheries and being drawn into conflicts against their interest and without their choice. Triumph in India during the Seven Years’ War turned the EIC from a trading company into a territorial power collecting taxes in Bengal. Riches its agents brought home threatened to disrupt domestic politics in Britain, and falling profits in the 1770s threatened public finances and the wider economy.

A bailout that included a monopoly on discounted tea in America sparked a new crisis when Bostonians destroyed a cargo rather than paying tax on it. In the 1780s, Parliament brought the EIC under a board of control that curtailed its independence even as profits rose and British rule extended further over India. That hybrid arrangement lasted until rebellion in 1857 revealed its weakness. Britain then replaced the company-state with direct government under the Crown and accountable to Parliament.

Two conceptual shifts also helped undermine company-states. A critique of monopoly by economists chipped away at the foundations of their profit structure. More importantly, sovereignty became more and more concentrated in governments. The limited reach of the early modern state had justified delegating powers, but the growing capacity of governments to act on their own behalf, even in distant regions, made that approach obsolete. France, Spain, and Portugal had never granted the autonomy Phillips and Sharman associate with the company-state. Other governments resumed powers they had granted as circumstances allowed or as companies relinquished them when their operations faltered.

A revival of the company-state model during the nineteenth century reflected its attractiveness as a structure to raise capital and pursue colonization on the cheap, but it ended when profitability faltered and governments imposed regulations. Private initiative often required state protection and sometimes eventual rescue. Scandals over the horrific treatment of Africans in the Congo Free State brought demands for Belgium to take direct control over what had been the private domain of its king. The hybrid model of nonstate imperialism failed, making empire the business of governments.

Has the context changed in recent decades? Effective control by governments has retreated over much of the globe, with decolonization followed by post-1999 economic globalization leaving more space for private entities. Failed states that could not or would not maintain order within their territory brought calls for humanitarian intervention and even a kind of revived imperialism to protect the global commons. But disillusionment over outside intervention brought such thinking to an end, and other impediments likely preclude the company-state’s return.

Private military contractors like Russia’s Wagner Group and related firms lack the autonomy Phillips and Sharman associate with the company-state. They provide governments with semi-plausible deniability for operations that risk public controversy or geopolitical overextension. Yet governments call the shots. Multinational corporations set profits before national interest but depend for protection on the states where they operate or have headquarters. Plans for chartering autonomous regions under companies providing law and order along with economic development have also not gone into practice. Where is the profit in governing? Company-states, after all, rose and fell on the money they earned investors.

Yet the story Phillips and Sharman tell has more than historical relevance as companies operating for profit continue to exercise both hard and soft power. Although their autonomy falls short of the authors’ strict definition of company-states, these enterprises do more than trade. They often act as extensions of national power and sometimes shape national priorities themselves. If sovereignty has a clearer definition than when the company-state emerged, the lines between public and private institutions often remain vague and porous. Observers of the present scene would be wise to keep the point in mind.

William Anthony Hay is professor of history at Mississippi State University. His most recent book is Lord Liverpool: A Political Life.

Founded in 1957 by the great Russell Kirk, Modern Age is the forum for stimulating debate and discussion of the most important ideas of concern to conservatives of all stripes. It plays a vital role in these contentious, confusing times by applying timeless principles to the specific conditions and crises of our age—to what Kirk, in the inaugural issue, called “the great moral and social and political and economic and literary questions of the hour.”

Did SCOTUS tip its hand against union organizing on private property? 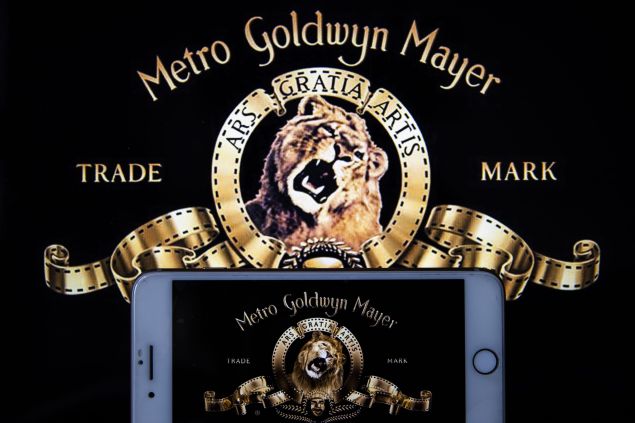