A local Border Patrol station announced on its Facebook page on Tuesday that two migrants had drowned in the Rio Grande while attempting to illegally enter the United States along the Texas-Mexico border. The drownings were caught on amateur video released to local media. A man on the U.S. side of the Rio Grande, Jesus Vargas, who took the video says he witnessed two teenagers and a woman drown. He said he was able to rescue another boy he estimated to be about 13 years old.

The U.S. Border Patrol Laredo Station posted a statement to Facebook on Wednesday:

“This afternoon, United States Border Patrol agents from the Laredo Sector foiled a human smuggling attempt at the end of Calton Road and the riverbanks. Agents witnessed several individuals exit a vehicle and attempt to swim across the Rio Grande river into Mexico. Several individuals were apprehended in the vehicle at encounter. Some of the individuals entered the river and safely made it to the Mexican riverbanks. One individual was rescued by a local fisherman and rendered first aid by agents. Two individuals succumbed to the dangerous currents of the Rio Grande river and perished. The incident remains under investigation.”

TRENDING: Newsmax Reporter Emerald Robinson Grills Psaki: ‘Why Are Illegal Aliens Getting Hotel Rooms When National Guard Were Left to Sleep in Parking Garages and Given Contaminated Food?’ (VIDEO)

The national news media has ignored the drownings, with the exception of conservative leaning media like the New York Post and the revamped Newsweek. British outlets The Sun and Daily Mail reported the story.

Migrants drown in Rio Grande amid surge in crossings at the border https://t.co/xet20ORz2u

Local media reported on the drownings.

PODCAST: Migrants drown in the Rio Grande as they flee the border patrol https://t.co/mnXRqONknB pic.twitter.com/9HDO9QFxL2

Jesus Vargas has lived here by the Rio Grande his whole life, but he’s never seen anything like this, at least two teenagers and one woman drowning.

…Vargas says three drowned, but according to a Border Patrol Facebook post, the number is two. The post also says that the incident started when border patrol agents foiled a human smuggling attempt. Some people were caught, some jumped into the river and made it, while these teenagers and a woman, as Vargas describes them, drowned.

When the national media wants to hold presidents accountable for border problems, they are quick to hold up children as was done to President Trump with this photo of a crying migrant child in 2018 that was used to make Trump seem cruel and heartless for wanting to stop human trafficking and secure the border. But when Joe Biden is in the White House, the media ignores kids drowning while answering his siren song of open borders for children.

Fauci’s Fall from Grace Began a Year Ago Today 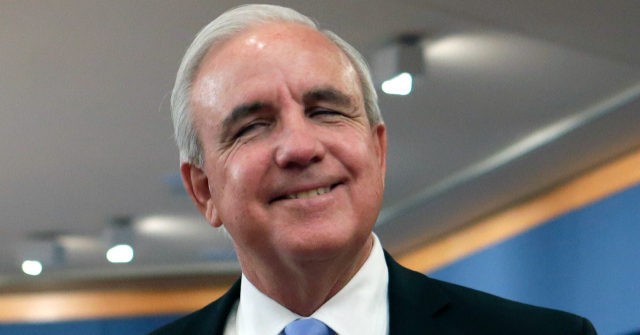