The “greased albino piglet” escapes amidst the Left’s red mist If Boris Johnson is the “archetypal clown”, whose wrecking of the country is no joke, people are stupid to vote for him.

That conclusion can reasonably be drawn from Edward Docx’s superlatively written, perceptive, and self-defeating long read in yesterday’s Guardian.  “Everyone can see: the plates are all in pieces on the floor,” he writes as his article draws to its conclusion.  Since you can see, and still support this man, you must be very stupid indeed.

ConHome has no idea how Docx votes, but he evidently shares the rage of much of the Left at Johnson – almost literally, a red mist, which prevents it from thinking clearly and strategising coherently about how to get rid of him.

We mention the article because its timing struck us as significant, coming as it did just before the anniversary of a year since the first Covid lockdown.  It was published against a background of voices on the Left and elsewhere clamouring, not unreasonably, for an inquiry into mistakes that the Government has made in handling the pandemic.

That red mist is getting all the redder because, as you peer through it, you can see a portly shape vanishing into it: the “greased albino piglet”, as David Cameron once called the Prime Minister, is getting away again.

Look at those poll ratings.  The Conservatives regained a small poll lead last November after losing a big one gradually after the spring.  Since the new year, it has been opening wider: Johnson’s party now leads Keir Starmer’s by six points.  That’s not a bad place to be for a Government with local elections approaching.

A Downing Street source tells ConHome that its own polling shows that vaccination has had real cut-through – “more even than Brexit”.  If so, that red mist is set to become redder, and Johnson will carry on honking and wriggling his way towards the next election.

Yes, yes, we know: pride comes before a fall, the unexpected always happens, and pigs end up, all too often, on the butcher’s block.

But our point is that the Prime Minister is well-placed as he begins a difficult week, which tomorrow sees the publication of the Defence White Paper and a third tricky Commons dispute over China and genocide.  On Thursday comes the vote on the renewal of the Coronavirus provisions.

We can hear the Government line already: don’t give up the battle just as victory against the virus is in sight.  We will write later this week about whether it deserves to persuade, but there can be little doubt that it will. 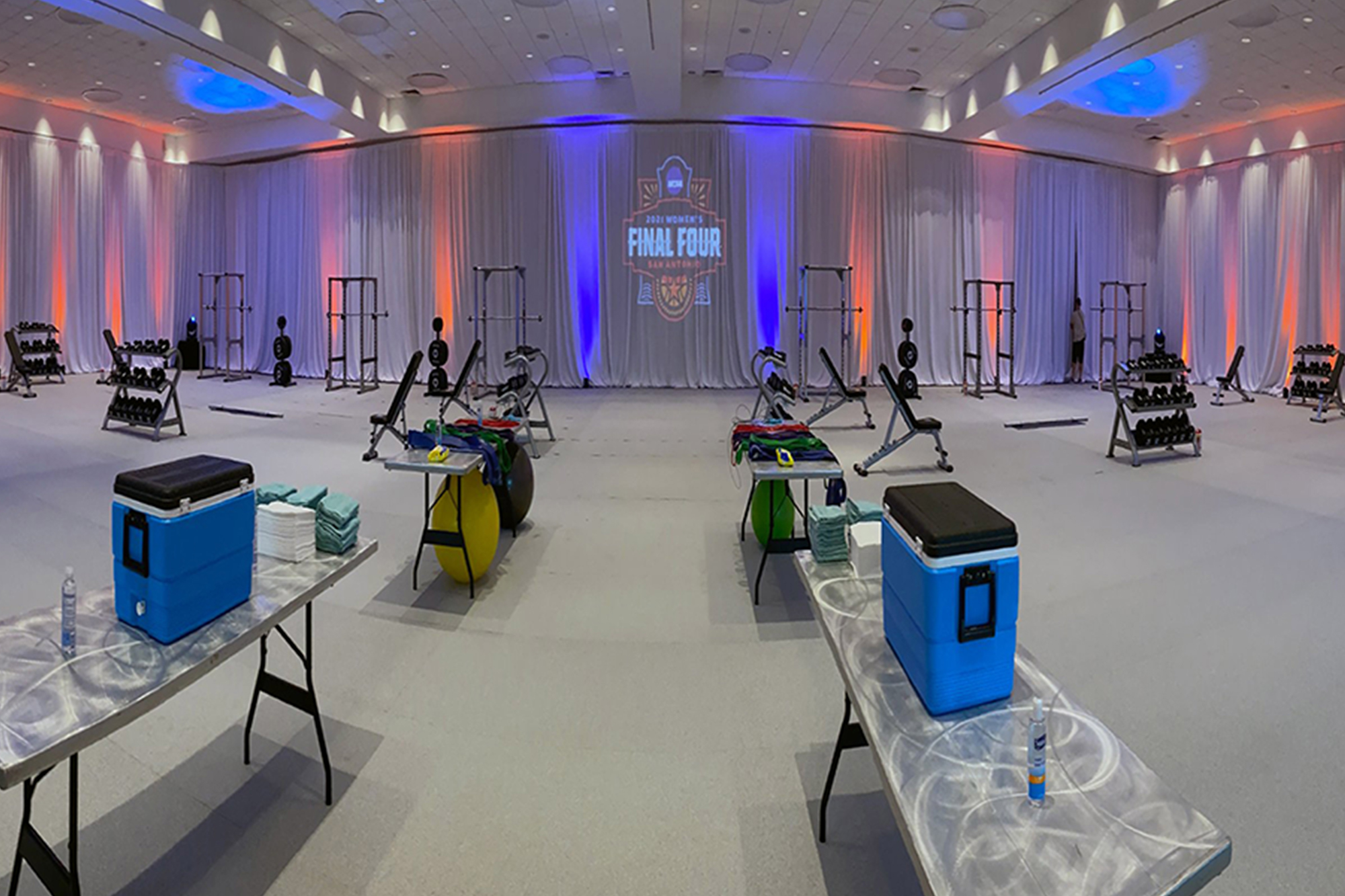 Women's NAAC get a new weight room after cries of sexism