Is the U.S. Air Force Obsolete?

Here’s What You Need to Remember: While naval and land warfare have become considerably more integrated with one another than they were at the beginning of the 20th century, they remain sufficiently distinct that we can still imagine an Army and Navy developing (if in consultation) separate and coherent strategic organizational visions. This is not the case with the Air Force, which will remain locked in an uneasy, distant embrace with its parent services.

With the Iraq War over and the fighting in Afghanistan winding down, why does the United States need to maintain two large land armies, the Army and Marine Corps? The question seems perfectly reasonable given the apparent absence of large terrestrial threats, but it leads us down the wrong path.

The United States military is all about redundancy; in addition to two armies, it also fields two navies — the Navy and the Coast Guard — and five or six air forces, depending on how you count the aerial arms of the various branches.

The real problem isn’t that the Army is marginally more or less useful that it was 10 years ago, but rather that the institutions that were designed in 1947, when the Army and Air Force split, are insufficiently flexible to negotiate the modern security landscape.

The fault for this lies not primarily with the Army, but with the United States Air Force, an institution built on the optimistic vision that ordnance delivered from the air could, cheaply and cleanly, bring about a peaceful, American-dominated world.

How to build a military branch

Look, creating institutions is all about drawing useful lines between areas of responsibility. Historically, it made sense to divide the responsibility between managing security on land and on sea between specific organizations tasked with training, managing and equipping professionals in their respective arenas.

In other words, an army and a navy. They had their disputes from time to time, but by and large their missions were sufficiently distinct — as distinct as earth and water, really — that differences in outlook, opinion, and interest didn’t interfere all that much with fighting actual wars.

But even from the dawn of flight, it never made much sense to separate the professional upbringing of aerial warfighters from their sea and land counterparts. Since before World War I, aviators have supported soldiers and sailors through reconnaissance, interdiction of enemy transit, air transport and direct attacks against fielded enemy forces.

Separating aerial military assets from the ground and naval assets they organically support makes no more sense than the creation of separate arms for tanks and submarines. The creation of the Air Force broke apart the organic unity of the Army.

By contrast, the Navy, though threatened by air power pioneer Billy Mitchell and his ilk, fortunately managed to insulate itself, its carriers and its aircraft from Air Force influence — and the Marines likewise managed to keep their own aviation arm because, well, they’re the Marines.

How did this happen? Early aviators believed that an independent air arm was necessary because conservative, hidebound ground and sea officers could not possibly appreciate the new-found relevance of warfare in the third dimension.

The experience of World War I suggested some limited truth to this, although German aviation, for example, took powerful tactical, operational and strategic strides despite the existing institutional straitjackets. In the United Kingdom, aviators and their political allies argued that air power could break the stalemate on the Western Front. In 1918 they won independence for the Royal Air Force, which combined the assets of the Royal Flying Corps and the Royal Naval Air Service.

In the interwar period, keeping the world safe for the RAF meant an official commitment to strategic bombing and also a practical commitment to the bombing of “savages” along the fringes of the Empire, two missions that did not complement each other very well.

In the United States, air power advocacy meant a singular devotion to the cult of strategic bombing, a cult that would hold sway in the USAF into the 1960s. Strategic bombing was useful to air power enthusiasts because it separated aviators from their colleagues in armies and navies; if bombers could deliver victory by destroying enemy cities, there would be little need for close collaboration with soldiers and sailors — and no need at all for the subjection of aviation to the whims of generals and admirals.

But air power, now and in 1917, works best in conjunction with the application of land or sea force. From the great campaigns of World War II to operations such as the Vietnam War’s Linebacker I, Desert Storm in 1991 and Enduring Freedom starting in 2001, air power has excelled in the location, interdiction and destruction of fielded enemy forces.

These campaigns bear little resemblance, even conceptually, to the expectations of the men who most strongly advocated for independent air forces in the ‘20s, ‘30s and ‘40s. The big strategic campaigns, including the Combined Bomber Offensive in World War II and Rolling Thunder and Linebacker II in Vietnam, witnessed the expenditure of tremendous sums of men, money and aircraft to limited and ambiguous strategic effect.

It would hardly be news to influential military thinker Carl Von Clausewitz that the tactical destruction of fielded enemy forces has strategic effect, leaving the enemy unable to resist the application of further force. But the same news challenges the assumptions of the planners and practitioners of strategic air power.

Even in the 1991 Gulf War, the most important air power theorist of recent decades argued that the USAF should avoid Iraqi fielded forces, instead concentrating on “strategic” targets that might bring down the regime without the need for breaking the Iraqi army.

We created the Air Force at a moment in which policymakers believed that the next war would involve a nuclear strategic bombing campaign, largely in isolation from the contributions that the Army and Navy could make. These assumptions, obviously, no longer hold.

But once created, institutional lines acquire gravity and solidity. Since the 1960s the Army, Air Force and Navy have achieved an uneasy peace by coming to agreement on the percentage of the defense budget that each would enjoy. As the strategic, technological, fiscal and social environments have changed, the ratio has remained essentially the same; land power, sea power and air power are, in fiscal terms, to be treated as roughly equal in importance to the security of the United States.

This situation produces strategic and military incoherence. The hallmark of modern military operations is cooperation between assets operating across space and media. The idea that air power can be profitably separated from sea or land power is a dangerous fiction, but for the United States Air Force it is a necessary fiction.

If aerial military assets represent but one facet of a land or sea combat team (as they are treated in the Navy and Marine Corps), then there is no more need for an independent Air Force than an independent artillery service.

Thus, even as technological and strategic reality demands that the Air Force work closely with the Army and Navy, bureaucratic interest will invariably push it to claim the capacity for independent strategic effect. These claims will necessarily interfere with the Air Force’s ability to make its contribution to the land, sea and air team.

The issue, then, is less the specific balance of air, sea and land power at any given time, but rather the establishment of institutions with sufficient flexibility to manage the various strategic challenges that the United States faces, and take advantage of technological, social and economic opportunities.

While naval and land warfare have become considerably more integrated with one another than they were at the beginning of the 20th century, they remain sufficiently distinct that we can still imagine an Army and Navy developing (if in consultation) separate and coherent strategic organizational visions. This is not the case with the Air Force, which will remain locked in an uneasy, distant embrace with its parent services.

In brief, the United States needs air power, but it does not need an Air Force. Folding the assets and missions of the USAF back into its parent services would enhance the flexibility of the United States, releasing U.S. military planning and procurement from the institutional rules that invariably bring air, land and naval power into conflict, and that make aligning military tools with political ends nearly impossible.

Robert Farley, a frequent contributor to the National Interest, is author of The Battleship Book. He serves as a senior lecturer at the Patterson School of Diplomacy and International Commerce at the University of Kentucky. His work includes military doctrine, national security and maritime affairs. He blogs at Lawyers, Guns and Money, Information Dissemination and the Diplomat. 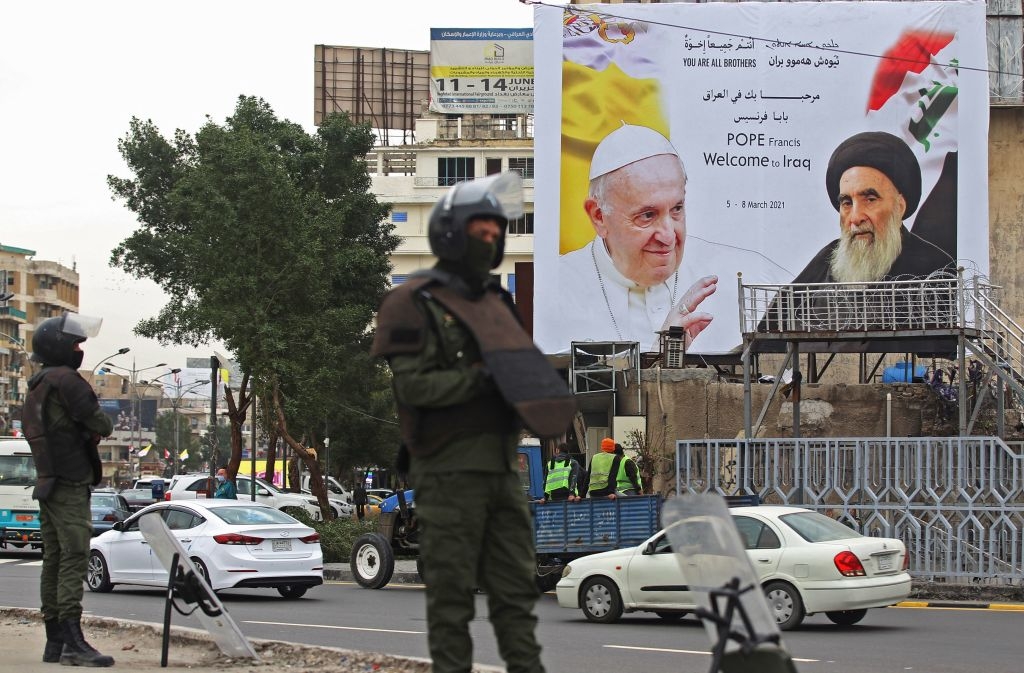 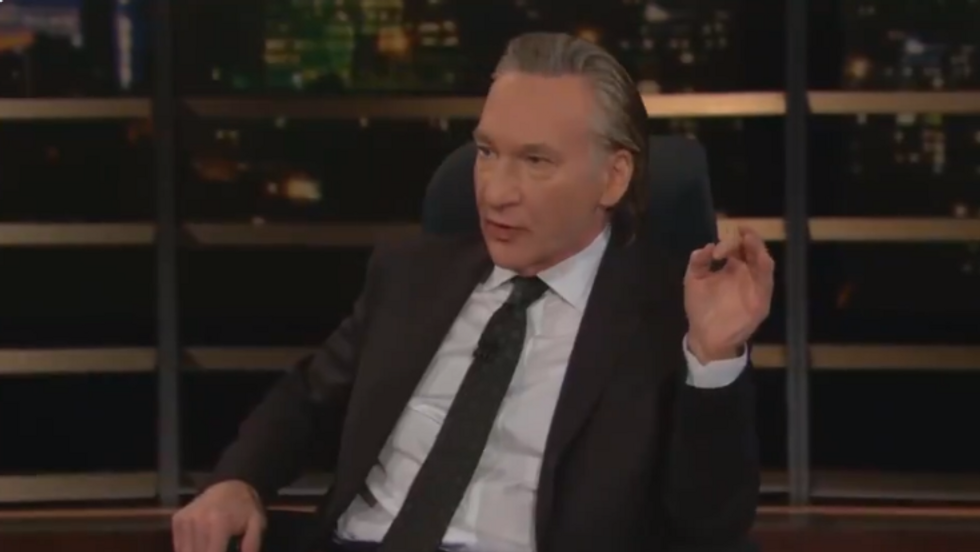