Earlier this month when he set out for a visit to Iraq, Pope Francis could not have imagined that his excursion might trigger the law of unintended consequences. But in at least one instance it did just that.

The Pope’s brief tête-à-tête with Grand Ayatollah Ali-Mohammad Sistani in Najaf opened a wide-ranging debate about the nature and future of Shiite Islam. The fact that the Pope called on Sistani at the latter’s home clearly irritated the Khomeinist circles in Tehran. Their irritation morphed into thinly disguised rage when the Vatican described Sistani as “spiritual leader of the Shiite community.”

For Khomeinists, of course, it is “Supreme Guide” Ali Khamenei who must be acknowledged as Leader not only of the duodécimain (“Twelver”) version of Shiism but of the entire Islamic Ummah. However, the dispute regarding who is the big cheese was quickly set aside to open a space for a debate about two distinct concepts of religion and politics. Sistani belongs to what is known as the classical school of Shiite theology, dubbed in Western academies as “quietist.” In that school, the theologian acts as a moral guide, not to say conscience, of society, steering clear of partisan politics and secular ideologies. According to that school, mere mortals are incapable of creating the perfect government, a task that only the Hidden Imam could tackle when he returns from his long absence (ghaybat al-kobra in Arabic).

The period preceding the Return is known as “The Time of Waiting” (ahd al-entezar) during which the faithful must try as best they can to live a pious life by observing Islamic obligations. In other words, the emphasis is put on individual piety rather than collective imposition of Islamic rules. In the past 100 years or so, some radical thinkers, inside and outside Shiism, have challenged that view.

During the Constitutional Revolution of 1905-1911 in Iran, Sheikh Fadhl-Allah Nuri, a pro-Russian cleric, opposed Western-style democracy and called for “mashru’eh” or rule by clerics. He lost the debate and was sentenced by a court of his peers to be hanged. At the time, most leading mullahs supported constitutional monarchy as the next best form of government after that of the Hidden Imam. They saw the role of the clergy as a moral watchdog.

In the 1960s, Sheikh Fadhl-Allah found a successor in Ayatollah Ruhollah Khomeini, who gave a political dimension to the concept of “Walayat al-Faqih” (governance by an Islamic jurist) which originally applied to the guardianship of widows, orphans and other vulnerable individuals by clerics. According to Khomeini, Islamic societies today consist entirely of “vulnerable” (mustadhaf in Arabic) people who need tutelage by clerics. This is how Khomeini summed up his position in a speech in 1980:

“Muslims do not want democracy. Anyone who says democratic republic is an enemy of Islam. All our miseries are caused by those who demand freedom. They want to build a Western society for Muslims in which you are free and independent but without a God, a prophet, or Imam. Without prayers and without martyrdom which is the highest goal for us.”

“Praiseworthy life, growth of science and wisdom, material comfort, and welfare are the goals of religion. But how could such goals be achieved? It needs planning. It needs military force. Above all, it needs political power and a leader. An isolated individual who only gives admonition can’t do that. Government and a commander are needed to turn the Divine Project into reality… Islam isn’t a personal project. Just prayer, devotion and observance of obligations isn’t enough. Imam Khomeini revived the prophetic mission and gave new life to the true dimensions of Islam that had been forgotten.”

Claiming that those who criticize political Islam are enemies of Islam he added: “political Islam is what we have in Iran today, something that our great Imam built.”

The Khomeinist system is “the realization of the concept of Unity (towhid in Arabic) in real life and ought to be extended to all mankind through struggle and injunction (tawasi in Arabic).”

Needless to say, judging by their writings, sayings and public behavior, the overwhelming majority of Shiite scholars regard Khomeini’s view of Islam as primarily a political project and thus an innovation (beda’a in Arabic). For example, Grand Ayatollah Alavi Borujerdi in Qom insists that while religion does have a political dimension, it cannot be reduced to a political ideology or a political party.

Traditional Shiite clerics do not exclude themselves from the political space as far as expressing views on issues of interest to society is concerned. But they do not believe that exerting influence in shaping policies requires rule by the clergy.

Allameh Seyyed Kazem Assar puts it this way: “If the clergy embrace the state, we shouldn’t forget that the state is also embracing the clergy.”

Paradoxically, the Shiite clergy’s biggest political success in the past century or so have come when they stuck to their role as “advisers” not rulers. Ayatollah Muhammad-Hassan Shirazi achieved the cancellation of the humiliating tobacco monopoly with a fatwa. Ayatollahs Abdallah Mazandarani and Muhammad Kazem Khorasani helped ensure the victory of the Constitutional movement without acquiring political power. More recently, Sistani managed to keep Iraqi Shiites united and helped mobilize the energy needed to defeat ISIS, without assuming a political persona.

In contrast, Khomeini divided Iranians against each other and provoked the war with Iraq, where Shiites form a majority, causing more than a million deaths. Khamenei is wrong on at least two key points. Towhid (unity or oneness) is reserved only for God and cannot be used as justification for absolute rule by a cleric or anyone else.

Ayatollah Behjat, one of Khamenei’s favorite clerics, puts it this way: “For Towhid to be secure in its unity, it’s essential that all else be secure in their many-ness.” In other words, One God does not mean One Leader or one party or one policy. Such a claim would be a form of “sherk” or associating others with God’s One-ness.

“One People, One State, One Leader” is the slogan of other ideology-mad luminaries.

Ayatollah Khamenei also misunderstands the concept of tawasi (recommendation or injunction). Contrary to what he imagines, it doesn’t mean propaganda forced down people’s throats by a totalitarian state. All it means is giving advice, offering alternative readings of issues, gently guiding fellow-believers toward the right path without sending General Soleimani with a machine-gun in one hand and a Samsonite full of dollars in the other.

Is the U.S. Air Force Obsolete? 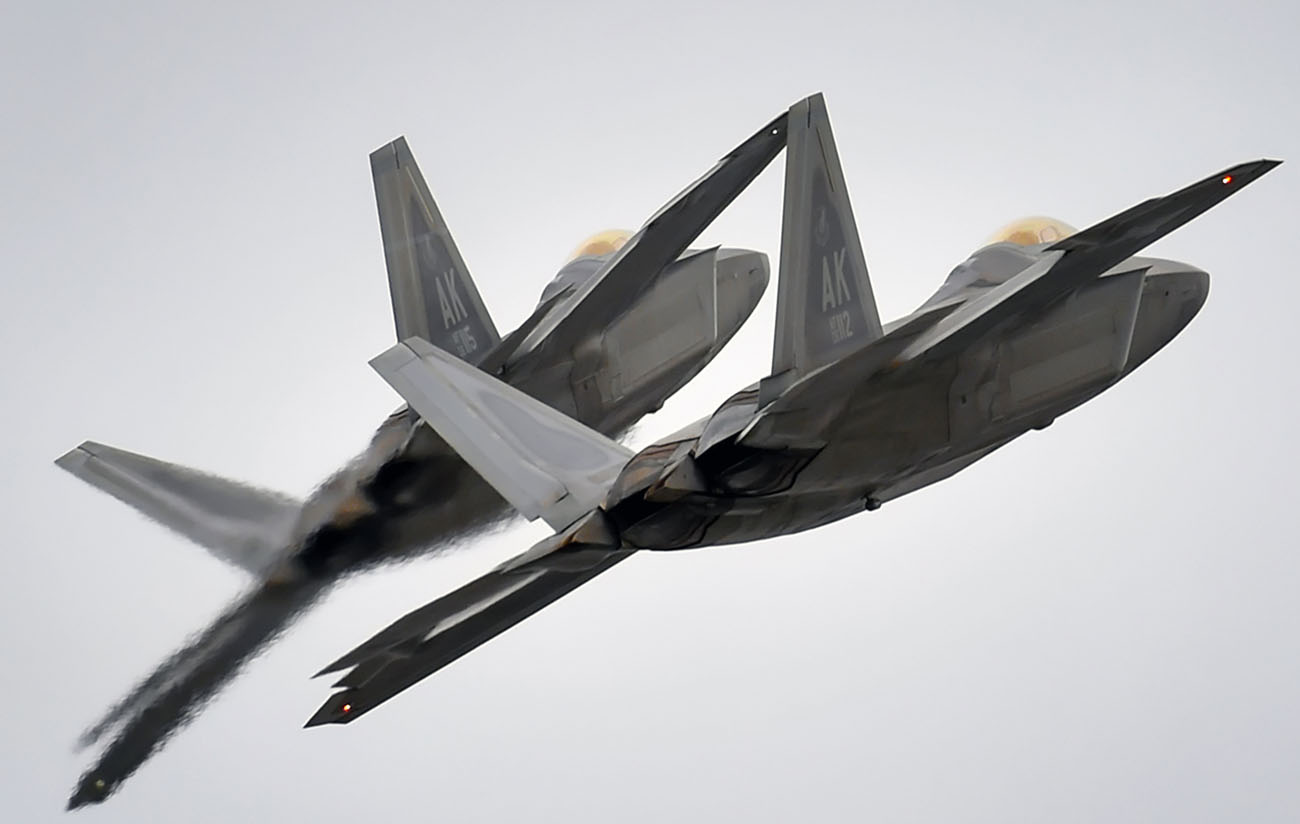