As the Biden-Harris administration telegraphed its first weeks in office, “The Department of Health and Human Services said Thursday that it plans to write new rules for the Title X federal family planning program, effectively undoing an overhaul the Trump administration imposed that barred Planned Parenthood and other clinics that referred patients for abortions from receiving federal funding,” according to Politico.

Note that the first half of that sentence is absolutely correct, the second half is pro-abortion propaganda. Planned Parenthood et al. chose not to adhere to the Trump Administration’s  “Protect Life Rule. ” That rule brought the family planning program back in line with the intentions behind the program’s founding: to receive money, an entity could not co-locate with abortion clinics or refer clients for abortion as a method of family planning.

Alice Miranda Ollstein added, “The change would return the program to the way it ran from 2000 until the Trump administration policy change in 2019.” In other words back to the two terms of pro-abortion President Barack Obama.

As NRL News Today has explained on multiple occasions, including this week, the Supreme Court agreed to review the Protect Life Rule,  given that lower courts had disagreed on its constitutionality.

In February 2020, in California v. Azar, the full 9thU.S. Circuit of Appeals upheld a unanimous decision by a three judge panel vacating court decisions in California, Oregon, and Washington that had blocked the rule’s enforcement.

Then in early September the 4th U.S. Circuit Court of Appeals ruled to uphold a lower court’s decision to permanently block implementing the Trump Administration’s rules in the state of Maryland.

This means that, currently, the limitation is in place nationwide, except for Maryland.

Because Xavier Becerra, who earlier on Thursday was confirmed to lead HHS, helped lead a group of Democratic attorneys general in challenging the Trump administration’s Title X rule, he will recuse himself and have “no involvement” in the rulemaking, the department said.

A week ago Friday, “Acting Solicitor General Elizabeth Prelogar submitted a short  brief to the high court requesting that the cases filed against the rule be dismissed,” according to Michael Gryboski. In a nutshell, Prelogar argues the 19 attorneys general who argued in favor of the rule and the medical associations who filed a brief against it are “not parties to this case,” so the suit can and should be dismissed.

But, of course, as we reported, the 19 state attorneys general eloquently offered two reasons why they do have an interest.

First, because States operate Title X programs themselves, the new rules eliminated any confusion about the States’ involvement in the provision of abortion. By eliminating this confusion, the new rules helped ensure that States that run Title X programs would not be misunderstood as putting their imprimatur on abortion, an imprimatur that many States and many of their citizens legitimately seek to withhold.

Second, because Planned Parenthood refused to agree not to provide or counsel for abortion and withdrew, the state of Ohio’s Department of Health “was the only grantee left… [F]unding that would otherwise have gone to Planned Parenthood went to the Department instead.” That money was subgranted to agencies which agreed to abide by the restrictions, “including, for example, county boards of health.”

In addition, as the Catholic News Agency reported,

The American Association of Pro-Life Obstetricians & Gynecologists, the Christian Medical and Dental Associations, and the Catholic Medical Association filed a motion last week to intervene in the case, saying that they would be directly affected by a rule change.

While the question is not if, but when a Health and Human Services run by a pro-abortion administration will change the requirement, it would be important in the future if the Supreme Court reaffirms what it held in the 1991 Rust v. Sullivan case where the justices upheld similar regulations. 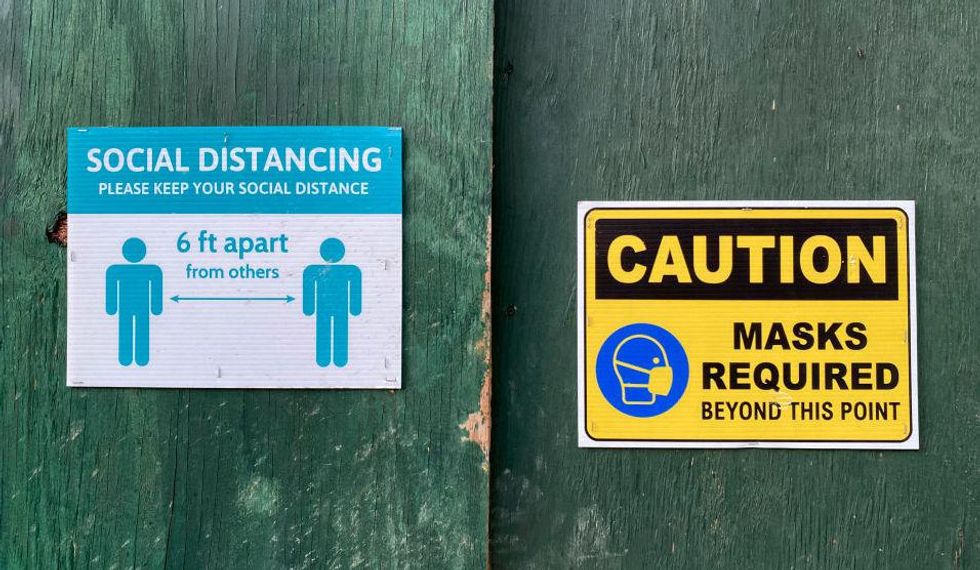