Back on November 15, 2020, a group of Black Lives Matter activists protested at Compton City Hall over the death of Andres Guardado, who was shot and killed by Los Angeles County Sheriff’s Department deputies during the summer of 2020. After nearly six months of dealing with peaceful-protests-turned-violent, and two months after two of their deputies were ambushed, shot, and left for dead just 0.2 miles from that location, LASD deputies were understandably on heightened alert and took extra precautions to protect themselves, local businesses, and innocent bystanders. The deputies were “out in riot gear” and had “set up coil barricades throughout the area. At least two protesters, Jasmine Lomax and Krizia Berg, were “irked at the Sheriff’s Department’s presence,” according to the LA Times, and admitted to performing an “act of protest” of their own.

As they left the protest, Lomax and Berg dragged a piece of the coil barricade behind them as they walked, dropping it on train tracks as they crossed – assisted by another protester, Emanuel Padilla, according to LASD deputies. Surveillance video caught most of the crime, and the trio were charged with trainwrecking, but on December 8, one day after George Gascón took office, he dismissed charges against all three. One defendant says his attorney and Gascón are friends and lined up the dismissal before Gascón took office, which Gascón’s people deny. What’s not in dispute is that the veteran Deputy DA who was prosecuting the case opposed the dismissal, was issued a letter of reprimand by Gascón, then essentially demoted in retaliation.

For those not familiar with what the coil barricades look like, see the video in the tweet below (taken at that protest):

At Compton Sheriff’s Station- sheriffs have surrounded most government buildings with the temporary “Slinky” barrier in anticipation of the Justice for Andres Guardado protest.#JusticeForAndresGuardado #compton pic.twitter.com/Pb80glrPiB

It should be obvious to any adult (and to many children) that if a section of that “slinky” barricade is across a train track, it could cause a crash/derailment situation. Fortunately LASD deputies were able to clear it from the tracks just 15 seconds before a train crossed, and a major crisis was averted.

Surveillance video from the area shows Lomax and Berg dragging the slinky, which was anchored on one end, onto the track. For whatever reason (they say because the resistance became too great) they eventually drop the slinky and continue walking away from the scene. In the same video, Padilla is seen crossing the street just after Lomax and Berg, but trees obstruct the view and it’s unclear from just the video whether Padilla touched the slinky or was involved with placing it on the train track. The video shows Padilla leaving the scene just after Lomax and Berg, though.

Padilla was a fixture at Black Lives Matter protests around Los Angeles in 2020, so deputies on the scene that day recognized him. Padilla was arrested three days later at another protest, this one at LA County Sheriff Alex Villanueva’s house, and charged him with trainwrecking, a charge that can carry life in prison without parole, and with unlawful obstruction of a railroad track, which carries a two to four-year sentence. Berg and Lomax were arrested 11 days later on the same charges.

According to a LA Times article, Berg and Lomax admitted to dragging the slinky and to leaving it on the train tracks.

The couple said that deputies did not try to stop them as they dragged the coil across the tracks. The first incident report describes four detectives walking towards the women and ordering them to release the wire.

“No one told us not to do it, which was strange,” said Lomax. “I would have expected them to shout at us and say not to touch police property.”

They left a metal coil barricade on active train tracks and what was strange to them was the fact that Sheriffs deputies told them to drop it instead of telling them to not touch it? Should one have to be told to not touch police barricades? And if one is already touching police barricades, wouldn’t it be too late to say, “Don’t touch that”? What’s strange is that these two are allegedly functioning adults in society.

Veteran Deputy District Attorney Richard Doyle, the prosecutor assigned to the case, said that a fuller picture of Padilla’s involvement developed based on statements by witnesses and the defendants. Doyle told Fox LA’s Bill Melugin:

“What you can’t see is the point in time when he grabs and continues to help them,” Doyle said. “They let go of it, and he continues to pull it, and that’s blocked by trees.” Doyle said that Padilla made incriminating comments when he was arrested by the LASD detectives at a protest at the Sheriff’s house three days later.

“He confessed to them that yes he was at the protest, yes he did drag the barricade across, but that it was not his intent to wreck a train,” Doyle said. “He said he thought it could cause an electrical problem with the train.”

Sounds like there’s a basis for the charges and from there it’s for a jury to decide, right? Whether or not the defendants had an intent to derail a train or simply a reckless disregard for human life or were just extremely careless – and whether prosecutors could prove all of the elements of any of those crimes beyond a reasonable doubt – isn’t for the media or the public at large to decide.

Yet, despite video showing the two women pulling the slinky onto the tracks and leaving it there, and statements (including his own) showing Padilla having an active role, one of the first things George Gascón did when he was elected District Attorney was dismiss the charges against Padilla. All of them. Against the advice and wishes of DDA Doyle. That shouldn’t surprise RedState readers, since we’ve published many an article about Gascón seemingly representing criminals instead of crime victims. But here’s where it gets even more disturbing.

Doyle told both the LA Times and Fox LA that DDA Mario Trujillo, a veteran DDA who was promoted to a senior position in the office after vocally supporting Gascón during the campaign, contacted him on December 8:

“He told me that the DA has authorized me, Mario Trujillo, to direct you to dismiss the Padilla case for further investigation,” Doyle said. “And I said, Mario, I know the case very well, what further investigation does the DA want? And he said I don’t know. And I told him I’m not comfortable dismissing what I know to be a good case, a viable prosecution, without knowing the reason why, and he said, well can you just dismiss it today and we’ll find out the reasons later? And I said no.”

After Doyle refused, Gascón sent Trujillo to Compton to dismiss the cases and sent Doyle an email to that effect, stating:

“I’ve authorized DDA Mario Trujillo to instruct you to dismiss the Padilla matter. It is my understanding you are refusing to do so, and Mr. Trujillo will be appearing in court this afternoon to dismiss the matter on my behalf.”

Trujillo told the Court he was moving to dismiss the cases “in the interest of justice,” but no mention of dismissing them for further investigation.

Again, it’s not too surprising to see Gascón go easy on defendants, but to dismiss charges altogether when there’s video placing the defendant at the scene? There are a few reasons these defendants might have received preferential treatment.

First, Gascón was under immense pressure from BLM activists, who had started a #FreeEman campaign and accused LASD deputies of arresting Padilla on “trumped up” retaliatory charges.

Second, it turns out that Padilla’s attorney is/was a friend of Gascón’s. A jail recording obtained by Fox LA’s Melugin captures Padilla discussing his defense attorney options with his wife and another person just days before Gascón was sworn in. Padilla already had an attorney, Jorge Gonzalez, working on other cases, but was considering a high-priced defense attorney.

“In the meantime, Jorge might be able to get you out, the fact that he knows Gascón is pretty fu**ing big,” the unknown acquaintance says.

“[Unintelligible] what good is that gonna be in the end, it’s not the same as having Gascón’s ear, or having Jorge [Gonzalez] just fu**ing text him, cause he’s told me, I knew him before this, he’s shown me how he texts with him, so that’s like, uh, you know, having a good mechanic versus your best friend whose married to a mechanic at this point I think. He told me that he’s spoken to him, and when he brought it up to Gascón, Gascón said he had already started reading about what’s been happening because it’s been everywhere.”

Gascón’s new spokesman, Alex Bastian, told Melugin that Gascón was not in touch with Gonzalez prior to taking office and that their relationship had no bearing on the case. In contrast:

Gonzalez said that yes, he did text with Gascón about the case before he took office, that Gascón told him he was aware of the case, and that he told Padilla that Gascón is a good guy who will likely give them a fair shot.

On December 7, the day Gascón took office, he met with BLM protesters – including #FreeEman activists – outside the Hall of Justice. He didn’t hide it; he retweeted the People’s City Council’s tweet about it.

Then, the next day, Gascón was informing somebody in Padilla’s camp around 1:26 PM that the charges were going to be dismissed.

And about that claim that further investigation was needed? That contradicts Gascon’s contemporaneous tweet:

After reviewing the evidence in this case it was clear that it was inappropriately charged. I therefore directed that it be dismissed immediately. https://t.co/C3YcWOvwcq

Gascon took office less than 48 hours before this tweet. When did he review all of the evidence? According to the Sheriffs Department, in a statement provided to the LA Times on December 8, they were “perplexed” that charges had been dropped; no mention of reviewing evidence with Gascon was made.

On December 11 Doyle received a letter of reprimand from Gascón for refusing his order. Then in January Doyle was transferred from the Compton office, where he supervised more than 60 Deputy DAs, to the environmental crimes division, where he only supervises six Deputy DAs. That office is also much further from his home. Believing that move was done in retaliation, Doyle filed a grievance against Gascón.

Doyle told his story to Fox LA’s Bill Melugin in a report that aired March 17. Less than 48 hours later, after massive public backlash (and also likely because Gascón is facing a growing recall effort), the county settled the matter. Melugin reported:

Doyle said on Friday that both he and the county reached an agreement on the settlement, with the amount undisclosed to the public. Doyle says he will now retire.

After 34 years as a prosecutor and facing this type of work environment, no one blames Doyle for making the decision to retire. But this is likely just the tip of the iceberg of the hostile work environment faced by hardworking DDAs who simply want to do their job and keep the public safe, get justice for victims of crime, and ensure that criminals serve the sentences their offenses call for – and the corruption that’s occurring in the office.

The Strange History of Progressivism 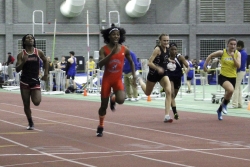