Wife of jailed Canadian pastor: It ‘should be shocking to people’ that a pastor is in jail | News

March 19, 2021 (LifeSiteNews) — The wife of Canadian pastor James Coates, who was jailed for holding church services amid COVID lockdowns, spoke out passionately about her husband’s ordeal, saying it “really should be shocking to people” that a Christian pastor is behind bars.

“Well, I think there’s been a war, like a boiling frog for a while, I think our freedoms have just been slowly stripped from us and, so slowly over time that we didn’t even realize it, and so when something like health order is put in place, that takes away your freedoms, it’s not shocking to people. And it really should be shocking to people that there is a pastor in jail right now who’s given his life to sacrifice and love other people to worship God,” Erin Coates told Fox News host Tucker Carlson on his show Thursday.

“That’s not shocking to a lot of people — and it really should be. We are on a dangerous road right now. And I think because we’ve just been in the pot for so long boiling that people aren’t really realizing the danger that we’re facing as a nation.”

Erin told Carlson that her husband’s imprisonment has shown her Canada now is not the same country she was raised in. “This is definitely not the nation that I grew up in,” she said.

Erin told him that she does indeed believe Christian pastors are being targeted in Canada. “Well, I have to believe that the enemy is singling him out, we have a real enemy who really hates the Lord Jesus Christ and really hates the blood-bought body that he purchased on the cross and has given new life to. Yes, we have an absolute real enemy,” Erin told Carlson.

Erin also spoke about her husband’s condition in jail, saying that he has faced trouble with food, and it has been hard on his mental state.

“Well, he’s in prison, he’s facing all the regular things you would face there, trouble with food, and, you know, I don’t even really know what to say, how is he doing,” Erin told Carlson. “He’s a shepherd, he’s a Bible teacher, he’s a theologian. He’s not able to shepherd the people that he loves, he’s not able to challenge his mind … not able to serve in the way that he loves to serve people. So, this is, this is hard on him.”

Coates is the pastor of Grace Life Church in Spruce Grove, Alberta, and has been in jail since February 16. He was imprisoned for defying local COVID health orders in Alberta, after refusing to agree to bail conditions which block his release unless he agrees to not hold church services amid severe coronavirus lockdowns.

Current Alberta COVID rules state that churches and other places of worship can operate at no more than 15 percent of the capacity allowed by the building fire code. Masks are mandatory, as are the sanitation of hands and keeping away from other people.

On Wednesday, Coates’ legal team — the Justice Centre for Constitutional Freedoms (JCCF) —announced that he will soon be released from prison, after Alberta Crown prosecutors agreed to drop most of his charges.

It is expected Coates will be released on Monday, March 22, without any conditions. He still has a May 3-5 trial in Provincial Court for the last remaining charge.

Carlson asked Erin if any local politicians in Alberta have come to her aid regarding her husband’s imprisonment. She replied that some Members of Parliament (MPs) and Members of the Legislative Assembly (MLAs) are working “behind the scenes,” but “other than that, I think their hands are tied.”

JCCF President John Carpay told LifeSiteNews that although elected officials should not get involved in deciding who is or is not prosecuted, there could have been some “sympathy” from someone inside the government in getting Coates released this coming Monday.

“But the way things are supposed to run in a democracy is that elected politicians are not involved in choices of prosecuting or not … But it would be a safe bet to say that they had … some interest in or some sympathy in getting Pastor Coates out of jail. Obviously, if they had had no interest in that, they wouldn’t have negotiated anything,” Carpay told LifeSiteNews.

Since the jailing of Coates, Alberta Premier Jason Kenney and his United Conservative Party (UCP) government have come under increased fire from many who oppose lockdowns, including some MLAs within his party base, such as MLA Drew Barnes of Medicine Hat.

Recently, Kenney’s provincial government allowed retail businesses an increase in occupancy limits, but offered no such increase to churches, which remain capped at 15 percent.

Also, a just-published LifeSiteNews report details how according to a source with inside knowledge of Kenney’s UCP, the provincial leader has placed a gag order on his caucus members, preventing them from voicing their opposition to COVID lockdowns.

To contact your local MLA, visit the link below.: 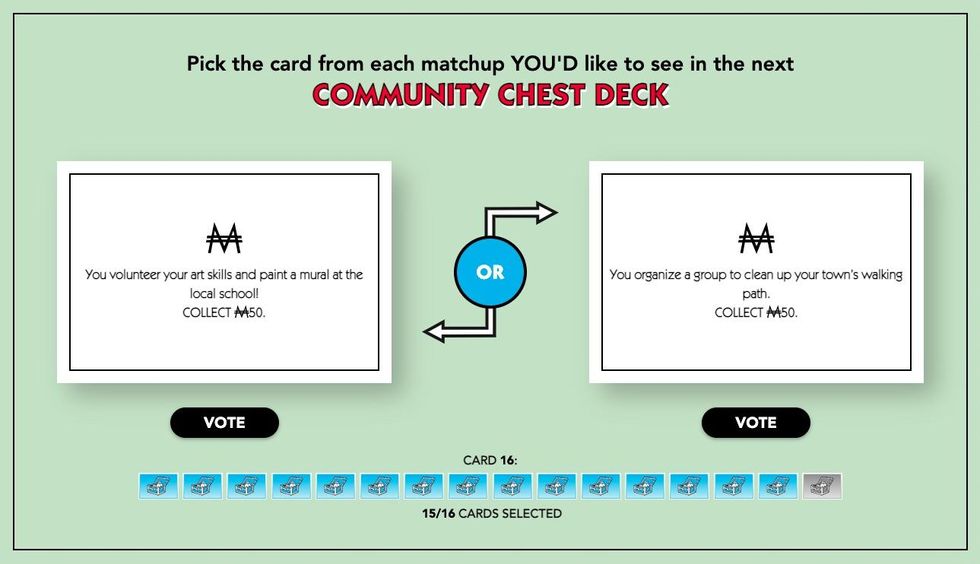 The classic Monopoly game is about to get a woke upgrade: Community Chest cards to be updated with 'feel-good moments'

White House says five staffers out due to past marijuana use