Why is the media covering Cuomo allegations while erasing mine about Biden?

Has the media “publicly erased” Tara Reade’s accusation of sexual assault by Joe Biden, while pursuing Andrew Cuomo with a vengeance? Jazz Shaw asked the same question two days ago, and it is indeed a little curious. Yesterday, Biden’s former Senate staffer told Fox News that Biden’s comment about Cuomo getting “probably prosecuted” over the allegation of sexual misconduct was the last straw:

EXCLUSIVE: @GStephanopoulos on Gov. Andrew Cuomo: “If the investigation confirms the claims of the women, should he resign?”

Reade hit the roof after that remark from Biden. Reade had accused Biden of physically penetrating her in an assault, an accusation that got brief national attention but then quickly disappeared from coverage. Biden’s suggestion of prosecution for Cuomo on an allegation of groping showed that the media’s “deflection and compliance” on Biden’s behalf allowed Biden’s “arrogance” in that answer:

“The alarming deflection and compliance of the media to allow Joe Biden to negate his own sexual misconduct is predictable but still shocking as a survivor to be so publicly erased,” Reade told Fox News. “The trauma I experienced by Biden was very real. The fact he is calling for another official’s investigation and possible criminal sanctions for similar charges is showing the height of arrogance about never being accountable for his own.

“Joe Biden got away with sexually harassing and assaulting me in 1993 and other women have also come forward with similar complaints,” Reade continued. “Joe Biden ascended to the Presidency anyway.”

“There will be a reckoning for Joe Biden one day for the sexual misconduct, the truth will prevail and he will not silence me,” she vowed.

Reade was among eight women who came forward in 2019 to accuse the then-Democratic candidate of inappropriate touching. A year later, Reade revealed her sexual assault claim on “The Katie Halper Show.” Both Biden and his campaign have repeatedly denied her allegations.

Reade’s disappearance from the #MeToo front is rather curious … in a way. As Jazz wrote on Wednesday, Reade’s claim was at least as plausible as those of the women accusing Cuomo — and yet the media didn’t seem too interested in sticking with her story. Reade had only reluctantly told the tale two decades after it happened, whereas the Cuomo allegations are much more recent, but Reade had the kind of indirect contemporaneous corroboration that had led the media to take more seriously claims against other public figures, such as Harvey Weinstein. Plus, we have a few decades of pictures and video of Biden creeping over women of all ages, which finally Biden had to acknowledge during the primary campaign.

Cutting against Reade was her earlier reluctance to specify what happened, plus the fact that Donald Trump was running for re-election. A number of women also accused Trump of sexual harassment and worse too, which the media played up in 2016 (especially after the Access Hollywood tape), but which percolated mainly below the surface in 2020. That was likely the effect of having Biden as the Democratic nominee; if it had been Elizabeth Warren, for instance, it would have been Katy-bar-the-door on media #MeToo coverage in 2020. As it was, neither party really had any moral standing to make that an election argument, so the media lost interest in the question.

That was then, however, and this is now. Trump’s off the stage, literally, and yet ABC and George Stephanopoulos afforded Biden the opportunity to act as an eminence grise on sexual-harassment allegations without any mention of still-outstanding allegations against Biden from Reade and others. No one else in the media even blinked (except Fox News, for obvious reasons). It’s tough to contradict Reade’s assessment that she’s been “publicly erased.” At the very least, she’s inconvenient. 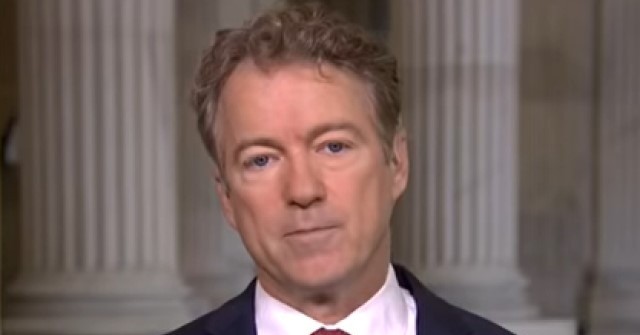 'Not a Great Deal of Evidence' Mask Mandates, Shutdowns Helped

Catherine McBride: Truss must free our farmers and consumers from the EU's shackles