(CNSNews.com) – Russian President Vladimir Putin has challenged President Biden to take part in an urgent livestreamed dialogue amid a diplomatic chill following Biden’s portrayal of the Russian president as a “killer.”

Putin says he’s available on Friday or Monday, although the White House gave no indication it was interested in taking up the invitation.

Meanwhile Dmitry Medvedev, who as Russian president had dealings with then-Vice President Biden during the Obama administration, suggested that the remark which sparked the spat could be attributed to Biden’s age and state of health.

Asked during an ABC News interview aired on Wednesday if he thought Putin was a killer, Biden replied, “I do.”

Fallout over the comment, accompanied by a declassified U.S. intelligence assessment that Putin had authorized “influence operations” to undermine Biden’s presidential campaign, has already seen Moscow recall its ambassador for consultations.

Putin told the Russia 24 TV channel on Thursday that he would like to invite Biden to “continue our discussion – but on the condition that we actually do it live, without any delays, directly in an open, live discussion.”

“I think it would be interesting for the people of Russia and the people of the United States and many other countries,” he said.

Putin said topics could include conflict resolution in the region, strategic stability, and the coronavirus pandemic, and he was ready to talk to Biden almost immediately.

“I wouldn’t put this off for too long,” Putin said. “I want to go to the taiga [forest] on the weekend to get some rest, but we could do it tomorrow, or let’s say on Monday.”

Russia’s foreign ministry told the TASS news agency that it was at work trying to organize a conversation between Putin and Biden.

When White House press secretary Jen Psaki was asked about Putin’s invitation for a live discussion, she replied, “I’ll have to get back to you if that is something we are entertaining.”

“I would say that the president already had a conversation already with President Putin [on January 26], even if – as there are more world leaders that he has not yet engaged with.”

“And we engage with Russian leaders, members of the government at all levels, but I don’t have anything to report to you in terms of a future meeting,” Psaki added.

She also noted that Biden is scheduled to visit Georgia on Friday – in response to Tuesday’s deadly shootings in the Atlanta area – and will be “quite busy.”

‘Time hasn’t been kind’ to Biden

Meanwhile, Russian media quoted Medvedev, who served as president from 2008-2012, as telling reporters, “I met with incumbent U.S. President Joe Biden at various international events. He gave the impression of a reasonable person then.”

“However, it seems that time hasn’t been kind to him,” he said. 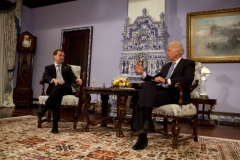 Medvedev, who now chairs the Russian Security Council, added, “I can only quote Freud: ‘Nothing in life is more expensive than illness and stupidity.’”

(It’s not clear what Freud reference Medvedev was making. Freud’s best-known quote on stupidity was, “The first indication of stupidity is a complete lack of shame.” Martin Luther King Jr., however, wrote in 1963, “Nothing in all the world is more dangerous than sincere ignorance and conscientious stupidity.”)

‘We have a different genetic, cultural and moral code’

In other comments Thursday, Putin responded to Biden’s earlier remark by wishing him “good health.”  Putin added that he meant it sincerely – “without irony or tongue-in-cheek.”

During a discussion, via videoconference, with public representatives from Crimea, Putin offered some views on American history, making reference to colonization by Europeans, the “extermination of the local people,” slavery, and the dropping of atomic bombs on Imperial Japan last century.

“Even though they believe we are just like them, we are different. We have a different genetic, cultural and moral code. But we know how to uphold our interests.”

“We will work with the United States, but in the areas that we are interested in and on terms that we believe are beneficial to us,” Putin said. “They will have to reckon with it despite their attempts to stop our development, despite the sanctions and insults.”

At the White House, Psaki was asked if Biden had a response to Putin’s comments about slavery, the treatment of Native Americans, and the use of the atomic bomb during World War II.

“Well, the president believes that one of the greatest attributes of the United States is our honest self-reflection and our constant striving for progress. And there’s always more work to do, as he’s stated himself,” she said. “So, I can’t – I’ve been doing this long enough not to try to get in the mind of President Putin, but I can assure you that President Biden still believes there’s more work we can do here in our own country.”

Asked if Biden on reflection regretted agreeing that Putin was a killer, Psaki said, “No. The president gave a direct answer to a direct question.” 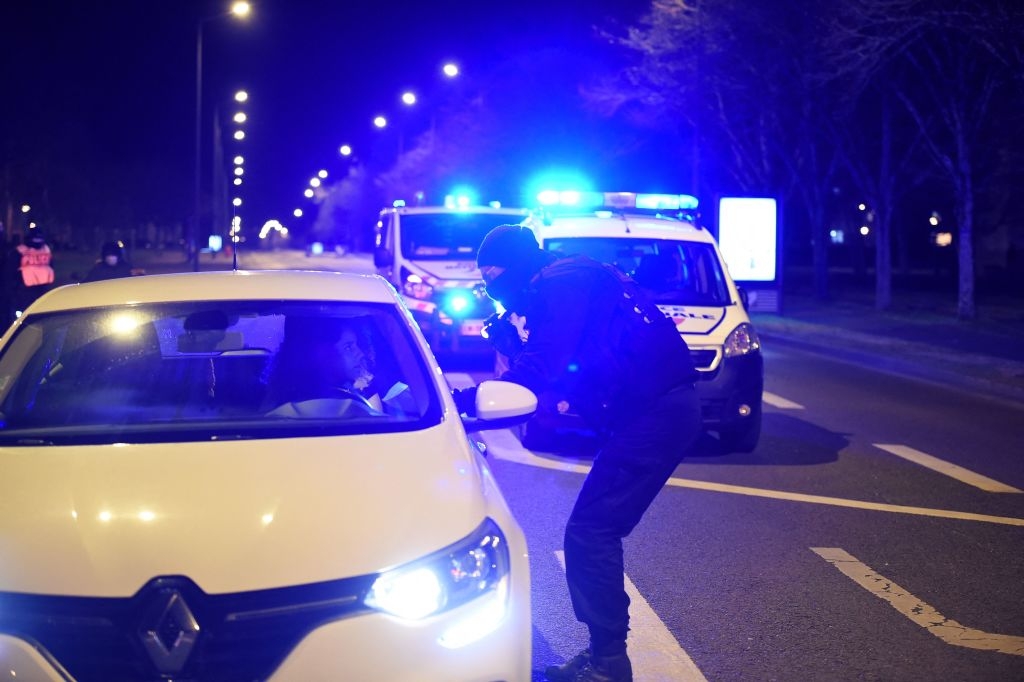 "Kill Them; Kill Them All": The War against Police in France :: Gatestone Institute