Craziest Idea Ever: Drop a Nuclear Bomb on a Hurricane

Here’s What You Need to Remember: Despite Reed’s calculations, Landsea argued that most tropical storms are just stronger than nukes. And he’s not even taking into account the aftermath of such an experiment. The fallout from a nuclear hurricane could be horrendous.

There are few natural forces that kill so many and cost so much as the hurricane.

We can’t stop them. The best thing we can do is run away or, failing that, take cover. But others have asked whether we could do more. America has the most powerful weapon on Earth at its disposal. Why not use it on Mother Nature? Why not nuke a hurricane?

The basic idea goes like this — the Pentagon should bomb the eye of a tropical storm, thereby dispersing it and saving countless lives and millions of dollars.

It’s ridiculous, but in the early days of atomic energy and under the auspices of a federal project aimed at the peaceful use of nuclear weapons, one meteorologist attempted to convince the world it was a sound policy.

Today, people rightly fear nuclear weapons as powerful, dangerous and unwieldy. But this was not always the case. After the end of World War II, America began a love affair with the friendly atom.

But as the ’50s turned to the ’60s, more and more people began to realize the weapons contained inherent dangers and harms. The nuclear explosion at the Marshall Islands — which irradiated populated atolls — and the arms race with the Soviet Union helped to heighten those nuclear fears. In 1958, Washington decided to reform the image of atomic weapons with Project Plowshare.

Plowshare tasked science and industry with finding a peaceful use for nuclear explosions. This wasn’t all theory either — the Pentagon actually detonated nukes as part of this project. Plowshares studied using nukes for excavation, geological study and underground power generation.

But the people in charge heard more wacky schemes involving the peaceful use of nukes than they ever actually performed. One such experiment, written by a young meteorologist and Air Force veteran, captured the public’s imagination.

His idea persists to this day — nuking storms.

Jack W. Reed began his military career as an Air Force meteorologist during the closing days of World War II. He served in the Philippines in 1946 and rode eight missions through typhoons inside of a B-29. The power of the storms left an impact on Reed.

Later, he joined the U.S. nuclear test program and studied the weather effects of nuclear explosions. During his time there, he developed his idea of using nukes to disperse storms.

The initial idea involved weakening the storms and changing their trajectory — not necessarily destroying them. He theorized America could achieve this by detonating nukes in the air just outside the eye of the storm.

“It seems such a burst would, for at least 15 minutes, greatly influence the horizontals circulation of a hurricane … if a burst were made on one side of a storm or two bursts on opposite sides of a storm, considerable asymmetry in circulation could result,” Reed wrote in his proposal to the Plowshares committee.

But that was just Reed’s first proposal. What he really wanted to do, was drop a bomb into the heart of the storm.

According to Reed, the eye of a hurricane is about 10 degrees warmer than the rest of the storm. “It appears that a megaton explosion in the eye would engulf and entrain a large quantity of this hot ‘eye’ air and carry it out of the storm into the stratosphere.”

How did Reed propose to deliver the nukes to the storm? “Delivery should present no particular problem,” Reed wrote. “An air drop is obviously possible.”

As charming as the idea of flying a B-29 over a cyclone and dropping a nuke out of it is, it was not Reed’s preferred method. “A more suitable delivery would be from a submarine,” he explained. “It would penetrate a storm eye underwater a least a day in advance and record as many weather data and trends as possible before launching missile-borne devices.”

For both methods, Reed suggested a 20-megaton device would be enough to affect the hurricane. If all this science sounds a little suspect, you’re not alone. Reed first presented this idea in 1956 and wanted it included in the International Geophysical Year — a year of scientific collaboration between 67 countries around the world.

“Nuking a hurricane isn’t the answer,” Dennis Feltgen of the National Oceanic and Atmospheric Administration told me. He gets this question a lot.

“I typically get those questions and I get an uptick on ’em when there’s an active tropical cyclone,” he explained. “I must get that question, maybe, depending on the year, anywhere from up to two dozen a year.”

He’s not the only one. Randall Munroe, who writes the popular webcomicXKCD, has a popular feature wherein people on the Internet write in to ask for scientific solutions to bizarre problems. This ranges from the sun suddenly going out, or what happens if you launch an arrow in low gravity.

People often ask about nuking tropical storms. “This question gets submitted a lot,” Munroe wrote on his website.

Both Murnoe and Feltgen are thankful for Chris Landsea, who works at the National Hurricane Center — a branch of the National Weather Service that monitors tropical storms. Landsea wrote a definitive article on the NHC’s website explaining why Reed’s theory of tropical storm vaporization is a terrible idea.

The main difficulty with using explosives to modify hurricanes is the amount of energy required. A fully developed hurricane can release heat energy at a rate of 5 to 20×1013 watts and converts less than 10% of the heat into the mechanical energy of the wind. The heat release is equivalent to a 10-megaton nuclear bomb exploding every 20 minutes. According to the 1993 World Almanac, the entire human race used energy at a rate of 1013 watts in 1990, a rate less than 20% of the power of a hurricane.

Despite Reed’s calculations, Landsea argued that most tropical storms are just stronger than nukes. And he’s not even taking into account the aftermath of such an experiment. The fallout from a nuclear hurricane could be horrendous.

“I’m a child of the ‘60s,” Feltgen told me. “I remember the bells going off in the school. It was a Catholic school so you had to go into the church and climb under the pews and hope to God that you were gonna survive a nuclear holocaust.”

“I have no idea what the reasoning is,” he continued when I asked why he thought people called in to ask about nukes so much. “I’m sure they’re all well intentioned. They probably have no idea what nuclear fallout is.”

Reed wasn’t worried about fallout. “A clean device would minimize lingering activity placed in the atmosphere,” he wrote in his 1959 presentation. “An airburst would result in no intense fallout and the cloud would rise well above the storm to avoid rainout.”

“The physics of this scheme has never been seriously questioned,” he told the Albuquerque Journal. But it has been, by Landsea and countless other scientists, and it’s generally agreed that fighting Mother Nature with nuclear bombs is a bad idea.

(This first appeared several years ago.) 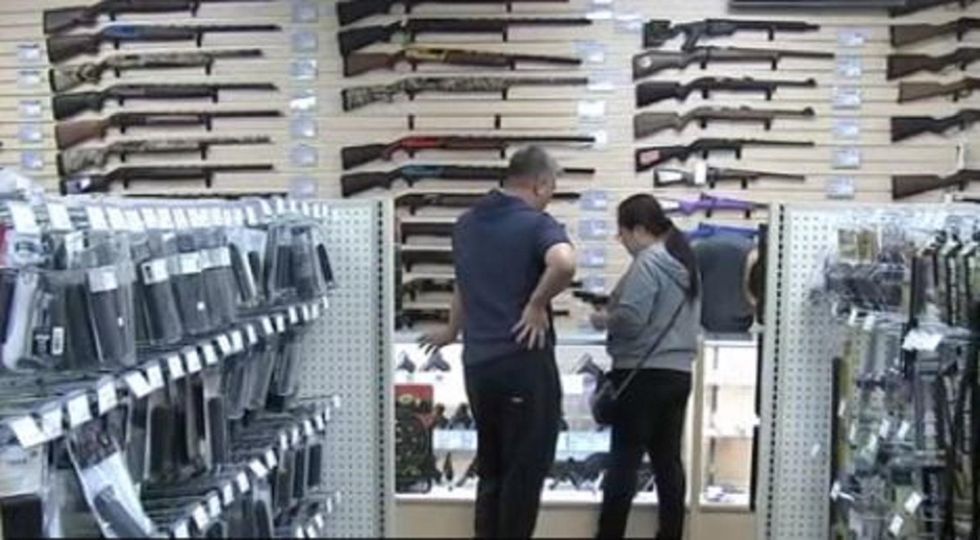