The Times and Democrat on environmental problems caused by Bradford pear trees in South Carolina:

Bradford pear trees are putting on a show in the Garden City and around the T&D Region with their bounty of white flowers. Everywhere you look, they are reminders that spring is nearly at hand.

As hard as it may be to accept, the beauty that is the Bradford pear in springtime is not a good a thing in South Carolina. Bradford pear trees are an invasive species that in and of themselves are not a problem, but their proliferation adds to what has become a significant environmental issue.

The Clemson Extension Service is out front in fighting invasive species and has been trying to convince South Carolinians to plant native species rather than the Bradford pear. Here’s why:

While Bradford pear by itself is sterile, when it gets crosspollinated by other Pyrus species – most infamously, the non-native Callery pear – the real problems start. Viable seeds are eaten by birds and spread across the southeastern landscape.

“That’s why you see Callery pears all over roadsides, old fields, ditches, interstates, everywhere,” said David Coyle, extension forest health and invasive species specialist. “Once a Callery pear gets there, they grow in really dense thickets and crowd out everything else, and you get these pure Callery patches.”

And not only do Callery pears have nasty thorns – typically anywhere from quarter-inch stubs to three-inch spikes – that can cause damage to everything from tractor tires to livestock, the damage they do to the ecosystem is just as bad.

“From an ecological perspective, they crowd out all our native plants, and very few insects eat Callery pear,” Coyle said. “So if you like birds, remember that a lot of birds need caterpillars to feed their young, and everywhere you see a Callery pear, it’s basically a food desert in terms of insects for a bird to eat. If that bird is looking for food, it’s not going to find it there.”

The Bradford pear is a cultivar, or a plant variety, produced by grafting, and is a Callery pear that was originally thornless but had red fall coloring and white blossoms in the spring. For those reasons, Bradford pear became a hugely popular tree for ornamental reasons near the end of the last century and have been widely planted for years.

“Bradford pear is very prone to storm damage because of the sharp-angled forks in the branches, so it creates a lot of maintenance for landowners when they do have them,” S.C. Forestry Commission Piedmont Urban Forester Dena Whitesides said. “There’s also a pungent smell to them, and they cross-breed with other pears – the non-native Callery pears – so they’re entering our forests. They’re invading our forests, so they’re taking up space for the native trees and shrubs that should be in our forests; they’re displacing natives.

As with other invasive species, there is work to do to educate people and get them to realize the potential problems that can be caused. In the case of the Bradford pear tree, there is also the battle of getting people to accept there is in fact a problem with a tree that has come to be considered a signal of spring.

As much as we like seeing them, we’ll do our part in trying to get the word out that this pear is a problem. While it is not suggested that you cut down the trees you have – and that’s good because most people are not going to do that – the future of the total landscape will be better if no more are planted.

The Index-Journal on the risks of high-speed chases by law enforcement:

Call it a chase, call it a pursuit.

Some in law enforcement circles prefer the word “pursuit” when detailing events involving a suspect driving a car, an officer driving an official vehicle and the outcome when things don’t go so well, but that’s purely semantics. Pursue sounds cleaner and more official, but when high speeds are involved for stretches of road, it’s still a chase.

In the span of three days, Greenwood County has been the site of two chases. Last Thursday night’s ended with a vehicle abandoned and the driver fleeing on foot. … Spikes were deployed and the driver eventually abandoned the car … fled on foot and was subsequently caught. Apparently, the driver was taken to the hospital and his car was left at the scene. Officers returned only to find the auto had been left in drive, rolled through the roadway … and caught fire. Good thing no one was hurt as a result.

On Saturday night, deputies were chasing a man driving east on Highway 702.

The official statement said a deputy attempted to pull a driver over “after observing erratic and dangerous driving believed to be DUI related.”

It ended when the driver went off the road, struck a culvert and was ejected from his car, which flipped several times. He later died at the hospital.

Neither case involved a high crime. The man who abandoned his vehicle had been sought by state probation and parole. The other man had a general sessions bench warrant and a warrant for driving under suspension.

While we realize law officers have a tough job and sometimes must chase after or pursue a vehicle – armed robberies and shootings come to mind – we cannot help but wonder if these two cases alone point to the need for cooler heads to prevail more often.

Generally, it is the officers who have had better defensive and even offensive driving courses, not those they are chasing. The ones being chased are more likely to make poor driving choices in their efforts to evade law enforcement.

Is it really worth the risk other drivers and even possibly pedestrians might face during these high-speed chases? Radio ahead for backup, revert to a slow chase, perhaps similar to the kind afforded O.J. Simpson, rather than endangering others or having the pursuit end in death.

The Post and Courier on a bill that would bring consistency to South Carolina election processes:

You can almost understand why most House Democrats were so suspicious of a long-overdue bill to bring some consistency to how counties conduct S.C. elections, after Gov. Henry McMaster interjected himself into the debate with ridiculous talk of fraud.

“Fraud,” after all, is the word Republicans across the country are using to justify efforts to roll back who can vote easily in elections; in traditionally deep-red Georgia, for instance, the state Senate voted last week to repeal a 2005 law that let everybody vote absentee, after GOP complaints that too many people voted absentee last year.

While we absolutely must be on the lookout for laws that lack sufficient safeguards to stop actual voter fraud, the fact is that investigation after investigation has found that the amount of voter fraud in this nation is infinitesimal.

What’s come to be called fraud usually amounts to different interpretations of state laws – or, in some cases, such as the one S.C. Attorney General Alan Wilson tried to interject himself into last year, state voting laws that people in other states simply don’t like. Despite Mr. McMaster’s warning in a letter to legislators last week that they needed to “safeguard the voting process against the threat of fraud,” that difference of interpretation is the only problem we’ve seen in South Carolina.

When politicians try to change how the state applies its election laws, as they did last year here and across the country, it’s the job of the courts to sort out the competing interpretations. But there are serious constitutional problems when state law allows county election commissions to apply their own individual interpretations to state law, with, say, one county using one process to verify the validity of voter signatures, an adjacent county using a different method and another county accepting all signatures without any sort of check.

H.3444 aims to correct that problem, by doing something most people probably assumed was already happening: requiring all county election commissions to follow not just the same laws but also the same interpretations when those laws aren’t clear. Specifically, they would have to follow the interpretation of the State Election Commission – which, again, is what most people assumed was already happening. Because it’s the only thing that makes any sense.

Just as S.C. and U.S. elections aren’t fraught with fraud, H.3444 is not, as some Democrats charged, laying the groundwork for voter suppression. (If legislators wanted to suppress voting, they wouldn’t mess around with a wonky change like this; they’d pass some of the bills that extremist Republicans have introduced to … suppress voting.) The fact that anyone could possibly object to requiring a consistent statewide interpretation of our election laws speaks to the paranoia of the objectors – which speaks to how poisonous our whole election culture has become.

Indeed, the only legitimate objection to the bill by House Speaker Jay Lucas was its attempt to expand the size of the State Election Commission with additional members appointed by legislators – who have no business appointing members to any executive branch commissions.

So it was a huge win for good government last week when the House removed the change to the makeup of the Election Commission and passed the bill with the simple change to require county election commissions to follow any policies or interpretations of law set by the gubernatorially appointed state commission.

Unspoken – but certainly on the mind of residents in counties such as Richland, which endured nearly a decade of botched elections due to sheer incompetence – was the fact that the bill also makes it easier for the state to intervene to safeguard against incompetent county election commissions. Although state law was changed in 2014 to reduce the problem, it still only allows the state to recommend training and request that employees be fired.

Meanwhile, a Senate subcommittee is meeting to debate its own version of a “South Carolina Election Commission Restructuring Act” that does nothing to address the inconsistent policies from county to county but instead injects the Senate into the operations of the State Election Commission, by requiring Senate confirmation of the governor’s commission appointments as well as the agency director.

There’s nothing wrong with requiring Senate approval for the commissioners – that’s already required for many gubernatorial appointments, not just here but also in states that respect the separation of powers. But the executive director of an agency that is deliberately insulated from direct political interference is a different thing: Even the governor doesn’t have any official say in who the election commissioner is; the Senate shouldn’t either.

The other part of S.499 gives the House and Senate the automatic right to squander tax dollars to hire their own attorneys to defend state election laws in court. Both bodies often do that already, but they have to ask the court’s permission, since the state constitution gives that job to the state attorney general. There’s no good reason to change this. Or to interject the Senate into the operations of the State Election Commission.

What there is good reason to do – what the Senate should do instead of pursuing this silly little bill – is pass H.3444 to clear up the very real problem with state election laws that was revealed through the avalanche of lawsuits that accompanied election 2020. 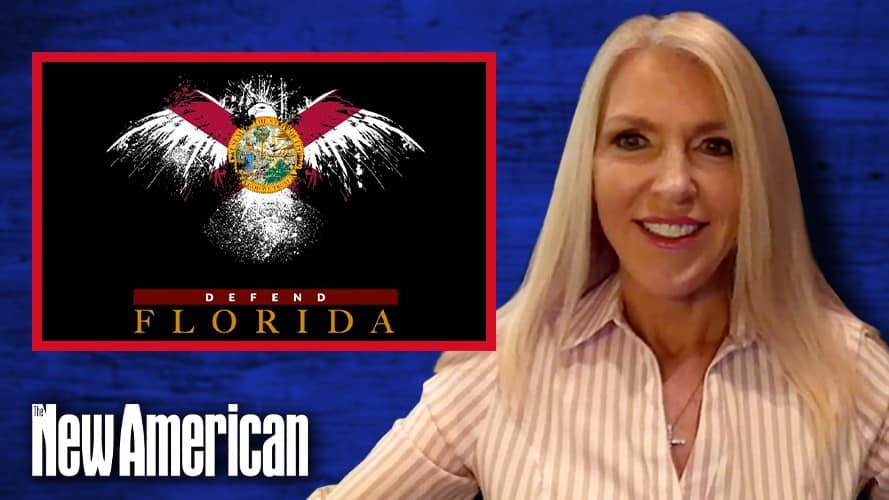