Why Reform Conservatives Should Embrace Capitalism, Not Shun It

There has been no shortage of “what happened and what comes next” analyses since last November. What do we make of President Trump’s unexpected 2016 victory and close defeat in 2020? To what extent did these outcomes depend on Trump’s unique personality, media attention, Hillary Clinton’s unpopularity, or Joe Biden’s perceived moderation? And how much credit — or blame — should we assign to Trump’s policies and his questioning of Republican economic orthodoxy?

On that last question, reform conservatives have been having their moment in the sun. On the night of the election, Sen. Josh Hawley infamously tweeted: “We are a working class party now. That’s the future.” Sen. Marco Rubio gave a speech on “common-good capitalism” questioning the “right to return money to shareholders” and criticizing Republicans for supposedly neglecting the “rights of workers to share in the benefits they create.”

Conservative writers and activists now routinely attack the “free-market fundamentalism” that allegedly infects the American right, and there is an entire think tank dedicated to “liberating” the right from it. Family policy is so in vogue among conservatives that Republicans now argue over who has the better approach to handing parents tax dollars.

The animating tenet behind these efforts is that the right must abandon its traditional commitment to the “free-market orthodoxy” of free trade, tax cuts, and deregulation. Instead, it is said, conservatives should support “pro-family” policies, vocational education, and industrial policy.

Traditional Republicans have been pushing back, however. In a Wall Street Journal op-ed, Nikki Haley attacked those pursuing “watered-down or hyphenated” capitalism with tax credits and subsidies. She ends with a call to “double down on capitalism.”

Both sides in this debate assume free-market capitalism can be reduced to tax cuts, deregulation, and free trade. That assumption is false. The traditional conservative messaging and policy platform does not epitomize capitalism, and reform conservativism is not a major deviation from it.

Rubio’s exhortations that “the market is a means to an end” and “the purpose of the economy is to serve people” is not a revolutionary new approach to capitalism. It isn’t common-good capitalism. It is plain, ordinary capitalism.

Every successful private-sector firm must continually explain how its products add customer value. Companies don’t craft sales messages around their internal processes and tools because customers don’t care about those things. In a similar way, Republicans who tout tax cuts and deregulation as ends in themselves show they don’t understand capitalism as how it is practiced.

Consider this article from the Cato Institute, where Ryan Bourne and Oliver Wiseman deride reform conservative policies because the standard platform does more to help the working class. They conclude: “Those serious about building a working-class party should be honest about which policies actually help American workers, as opposed to just ‘appealing’ to them.”

But firms spend enormous time and effort “appealing” to their customers. Companies invest heavily in sales and marketing, update their product offerings over time, reprioritize their roadmap in response to customer demand, and so on. Those that don’t engage in such tasks often fail and deserve that outcome. Similarly, the traditional right often fails to because they don’t even try to appeal to their customers this way. For all their love of capitalism, they ironically prove themselves to be bad capitalists.

A theoretical idea of a good product is not the same as actually selling one, and adding customer value is the most important goal. These are boilerplate facts of capitalism some conservatives seem unaware of.

So-called reform conservatives also made their case harder by agreeing to the false premise that capitalism equals tax cuts and deregulation. Family policy shouldn’t have to be framed as a “new direction” because increasing customer value should always have been what conservatives were driving at.

Positioning a discrete set of policies as a capitalist revolution has given traditional conservatives an easy out. The Nikki Haley’s of the world get to hide behind abstract defenses of capitalism without having to defend their limited offering and poor marketing.

Traditional conservatives find it much easier to cite Friedrich Hayek and Milton Friedman than explain why they have nothing to say about paid family leave. A cramped product portfolio of tax cuts and deregulation would — does — shed customers in a competitive market, a critical fact that gets lost partly because reformers overindulge in philosophical theorizing.

Reform conservatives deliberately chose to frame their policies in opposition to free-market orthodoxy, when they should have made the precisely different choice. Instead, they should have embraced the language of capitalism to promote the same policies. There is a market for reform approaches to family policy, higher education, and vocational training.

Here is a response to the challenge made by assume embracing family policy makes one anti-capitalist: There’s an economic system where successful firms must continually iterate their product offerings to meet customer needs; where the cost of business means they create features customers demand, not what the engineering team demands; where sales and marketing aren’t afterthoughts, but a core function that explains how their products add value; and where they may painfully retire old products to make space for new ones as the market evolves.

That system is called free-market capitalism.

Time to Review the 25th Amendment

Hyped as a Return to Truthfulness, Biden Admin Is Anything But 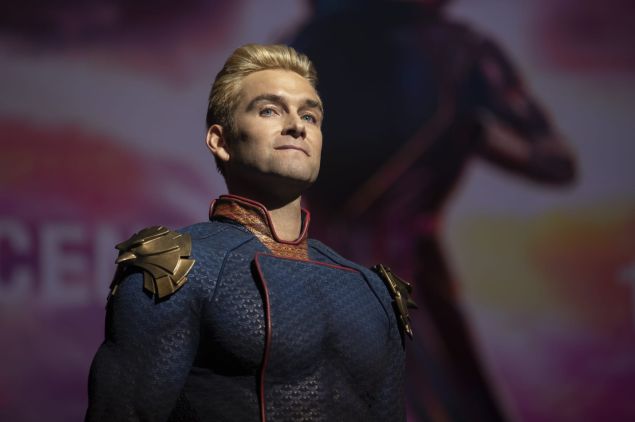