Laser Weapons: How the U.S. Army Plans to Beat Everyone in a War

Here’s What You Need to Remember: All of these technical nuances not only involve integrating new technologies but also promise to change warfare tactics, approaches and procedures. In essence, expectations for future warfare continue to change rapidly, leading the Army to adapt and continuously evolve the way it plans to fight wars.

(Washington D.C.) U.S. Army Infantry units fight door-to-door in Close-Quarter-Combat in high-threat urban environments, advance through wooded, rocky terrain to maneuver to contact and “close with the enemy,” and at times conduct reconnaissance missions behind enemy lines to secretly gather intelligence or disrupt enemy operations. They face the most incoming fire of any Army unit, often on foot without close-in armored vehicles offering protection.

It is precisely with these kinds of high-risk, high-fatality warfare scenarios faced by Army infantry, that U.S. Army Futures Command is working quickly to integrate new soldier-worn sensor technologies and protections; this effort, referred to as developing the “soldier as a system,” is based on the premise that individual soldiers need to operate as an integrated platform, merging human strength and cognition with weapons, sensors, computers, backpacks, body armor, night vision and advanced lightweight uniform materials to form a complete inter-connected and unified suite of technologies.

This strategic and tactical approach is being extended to include a squad of networked infantry as well, according to Brig. Gen.David Hodne, Director, Soldier Army Futures Command Soldier Lethality Cross Functional Team and Army Infantry Commandant.

“Adaptive Squad Architecture (ASA) is a new way of thinking. It’s a strategic, enduring approach to ensuring the capabilities of the individual soldier and the squad are integrated onto the soldier and squad as a combat platform. We’re rejecting the component focused mindset in favor of a system focused strategy,” Hodne said, according to a transcript of his remarks at a recent Industry Day.

These soldier as a system technologies, many of which are fast emerging through rapid developmental efforts, continue to change infantry tactics, strategies and maneuver specifics needed for future war. For instance, over the years, the Army has developed acoustic sensors to provide soldiers with the sound signature of incoming fire. Also, the service has developed infrared sensors engineered to detect the heat and light emitted from the muzzle flash emitted by enemy weapons. Army hand-held drones and overhead air support are also used to find enemy units prior to contact.

Now, as part of a move to build upon these effective sensors, the Army has a new focus:

“Pre-shot detection.” This, according to Army weapons developers, can use soldier-worn laser technologies designed to detect enemy weapons “before” they are fired.

This, it goes without saying, enables soldiers to find enemies without first being fired upon – saving lives and changing tactics.

These laser emitters, which can go on a soldier or a vehicle, are still in the developmental stages. They are, however, being designed to operate in tandem with the Army’s existing Rapid Target Acquisition system which uses wireless data links to connect night vision goggles with rifle weapons sights. The technology connects head-worn imaging with M150 rifle combat optics intended to support Army close-combat squads. This is described by Army weapons developers as “ensuring lethal overmatch.”

“This involves a clip-on thermal imager that goes in front of the day optic and sees through smoke, fog and night. It connects with soldier Enhanced Night Vision Goggles and puts a reticle in my field of view,” Siter said.

Interestingly, fully leveraging this connectivity to alleviate the need for soldiers to “shoulder-the-weapon” and even shoot around corners, requires a lot of difficult training.​

“Muscle memory leads infantry to shoulder the weapon. We definitely bring it up to gain stability,” Siter said.

This established and practiced tactic (shouldering the weapon) is often favored by older, more experienced infantry soldiers, yet weapons developers say “young guys” may use this since basic training, making the transition easier. In effect, this provides infantry with a greater range of attack options, meaning a rifle can both be shouldered as needed while also being available for other firing options.

The use of lasers by dismounted soldiers will bring a number of new combat advantages. For quite some time, laser weapons, often mounted from ships or armored vehicles, have been used as both an offensive weapon and a “sensor” able to find targets. Lasers can be scalable, meaning they can either combine several beams or fire in more narrow configurations, providing options. The emergence of this defensive laser detection system, it seems self-evident, could also be adapted for soldier-fired offensive laser weapons. Not only do lasers travel at the speed of light, but they are stealthy—quiet. They can be fired silently, thus making it more likely that attacking soldiers may not give up their position.

Alongside all of this, it is also important to bear in mind and often under-recognized reality—laser weapons are not only in development – they are here. Army Strykers are already firing lasers, the Navy has already deployed its ship-fired Laser Weapons System at sea and the Air Force is ground-testing laser weapons intended to fire from fighter jets by the mid-2020s. Also, senior Pentagon and industry weapons developers are in the early phases of conceptual development of looking at lasers for missile defense and armed drones engineered for space flight. All of this progress is fortified by current efforts to miniturize mobile power for future uses, a fact which brings great promise for the Army’s “pre-shot-detection” laser program.

Integrating lasers as part of a soldier system, however, is not without developmental challenges. Lasers need mobile power sources to operate, something which larger platforms such as Strykers, fighter jets, drones and even space-based lasers have been working to accommodate. Smaller, soldier-transportable lasers certainly pose technical challenges. At the same time, Army scientists and advanced weapons developers have been making rapid progress with ongoing efforts to generate mobile power in smaller, lighter-weight form factors. This effort is of course not only relevant for lasers but also a host of other soldier-worn gear which require power as well. In fact, ongoing Army Research Lab, academic and Special Operations efforts to build new Ironman-like exoskeletons are also focused upon the same challenge – leveraging new miniturized, yet highly powerful and promising new sources of transportable power.

All of these technical nuances not only involve integrating new technologies but also promise to change warfare tactics, approaches and procedures. In essence, expectations for future warfare continue to change rapidly, leading the Army to adapt and continuously evolve the way it plans to fight wars.

“We will measure success by recognizing that we have arrived at the point of clear and substantial overmatch and our Close Combat Force is more lethal, more mobile and survivable. To maintain that position, we must ensure we’re equipping them with equipment and components that are compatible with both the individual and the squad. Like everything we do, the process requires a deliberate and iterative approach where to project and anticipate the second and third-order impacts of every decision we make,” Hodne said.

Osborn previously served at the Pentagon as a Highly Qualified Expert with the Office of the Assistant Secretary of the Army – Acquisition, Logistics& Technology. Osborn has also worked as an anchor and on-air military specialist at national TV networks. He has appeared as a guest military expert on Fox News, MSNBC, The Military Channel and The History Channel. He also has a Masters Degree in Comparative Literature from Columbia University. This article first appeared last year. 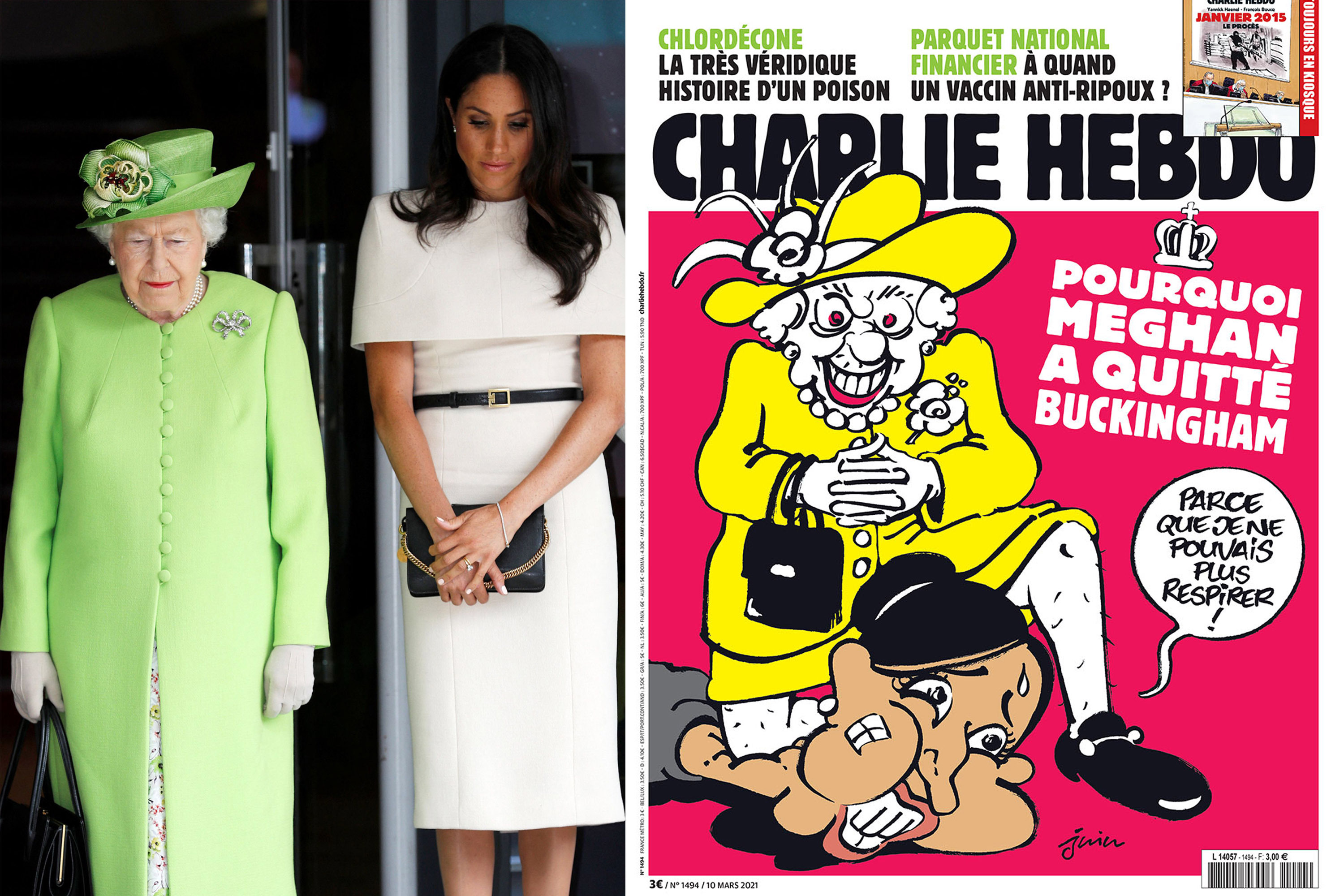 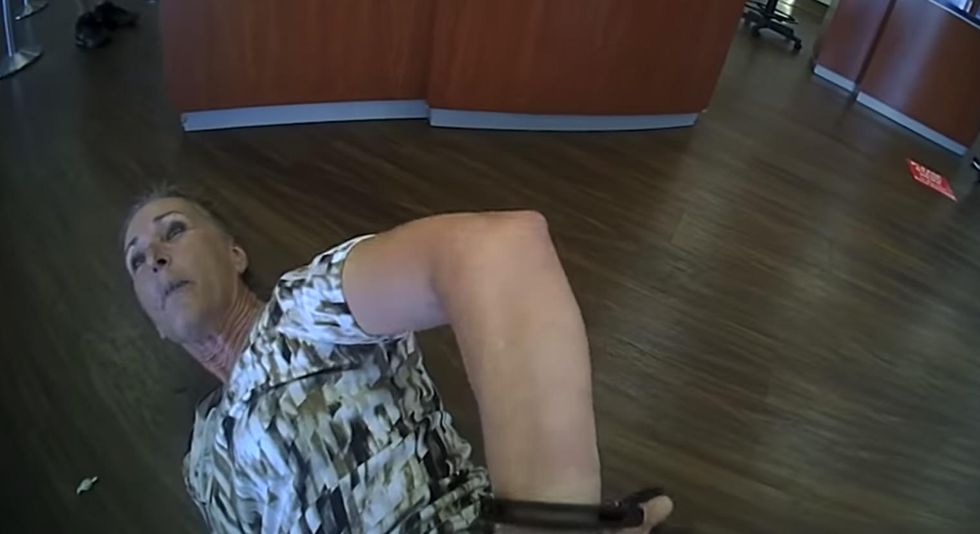