History Needs An Answer: Where Did Hitler’s Madness Come From?

Here’s What You Need to Remember: From the beginning to the end of the war that he and his government had launched, Hitler and his associates concluded that their paranoid fantasy of an international Jewish conspiracy was the key to contemporary history.

IN 1978, in Toward the Final Solution: A History of European Racism, the historian George Mosse emphasized the parallels between European white racism of the modern era towards blacks and European racial hatred of the Jews. Both the European pseudoscientists and racial ideologues such as Houston Stewart Chamberlain, and then various Nazi racial ideologues, like the advocates of white supremacy in the United States, purported to uncover connections between external appearances and body type with pejorative features of mind and character. Culminating in the caricatures that filled the pages of Julius Streicher’s Der Stürmer, they depicted a stereotyped Jewish body held to be physically inferior in every way to an idealized vision of the beautiful Aryan body. They viewed Jews’ alleged physical ugliness as innate evidence of moral inferiority.

The strand of anti-Semitism that imputed moral inferiority to the Jews, based on the assertion that Jews were a distinct biological race in conflict with another, Aryan race, found clearest expression in the Nuremberg race laws of 1935, especially the “Law for the Protection of German Blood and Honor.” This and other laws passed that year blurred the distinctions between biology, race and religion, and transformed the Jews from a distinct religious group into a racial category. It included detailed reflections on the dangers of “mixing” German and Jewish blood and elaborate rules defining who was and was not Jewish. It forbade Germans to marry or have sexual relations with Jews as well as with persons of “alien blood,” that is, “Gypsies, Negroes and their bastards.”

As James Whitman has recently pointed out, the German lawyers involved in drafting these laws found helpful models in American miscegenation legislation. The consequences of the Nuremberg race laws were immediate: Jews lost their civil and political rights. In December 1935, a supplementary decree ordered the dismissal of Jewish professors, teachers, physicians, lawyers and notaries who were state employees and had been granted exemptions. This German era of persecution and denial of citizenship rights to Jews bears comparisons with persecution based on the imputation of inferiority to African Americans. In both cases, obsessions with racial biology and notions about racial superiority and inferiority led to discrimination, denial of citizenship rights, impoverishment and periodic violence.

This kind of racial anti-Semitism, with its elements of physical revulsion, sexual panic and assumption of clear, easily recognizable physical differences, had obvious parallels with European and American racism towards Africans and, later, African Americans. Like other forms of racism, including that of the slaveholding American South, this anti-Semitism associated pejorative qualities of inward character with specific physiological attributes. The Jewish body implied a Jewish character, associated with cowardice, sexual rapacity, crime, murderous attacks on women and children, lack of patriotism and subversion of the nation. This kind of pornographic and biological anti-Semitism certainly fostered a climate of hatred and revulsion in which mass murder was a possibility. It was central to the murders of the mentally ill and physically handicapped, and to barbaric “medical experiments” undertaken by Nazi physicians. It played an important role in the development of techniques of mass gassing and lent the prestige of science to inhumanity, and in so doing contributed to a climate of opinion in which a genocide could take place. Yet arguments resting on racial biology were not the decisive ones made by Hitler when he launched and implemented the Holocaust, nor those made by other Nazi leaders, notably Joseph Goebbels, in justifying the ongoing extermination. The Nazi anti-Semitism of the 1930s was similar in its outcomes to the white racism that had justified slavery before the Civil War and legalized segregation and discrimination afterwards. Ideological assertions about the supposed physical and moral inferiority of the Jews, like comparable assertions about African Americans, were components of both eras of persecution, associated with both forms of racism.

THE CORE of the radical anti-Semitism that justified and accompanied the Holocaust was a conspiracy theory that ascribed not inferiority, but enormous power, to what it alleged was an international Jewish conspiracy that sought the destruction of the Nazi regime and the extermination of the German population. Its key component was prefigured in the infamous forgery The Protocols of the Elders of Zion. The accomplishment of Hitler and his propaganda minister Joseph Goebbels was to adapt elements of this conspiracy theory to explain the origins and nature of World War II, and to people its network with personalities in public life in the Soviet Union, Britain and the United States. The evidence of Nazi wartime propaganda indicates that the legend of a murderous international Jewish conspiracy, more than the biological obsessions about blood, race and sex of the Nuremberg race laws, lurked at the core of Nazi propaganda, and indeed constituted the distinctively genocidal component of Nazi ideology. The Nazis claimed that because “international Jewry” was waging a war of extermination against Germany, the Nazi regime had an obligation to “exterminate” and “annihilate” Europe’s Jews in self-defense.

It was this putrid blend of hatred and interpretation of radical anti-Semitism articulated by Hitler and his associates that justified and legitimated the leap from persecution to genocide. It drew on centuries of hatred of Jews in Christian Europe, and on six years of government-sponsored racist contempt and persecution. Added to the past disdain and contempt for features of Jews said to make them inferior to Germans was hatred fueled by fear of what the supposedly powerful Jews would do to Germany. While Southern slaveholders lived in fear of slave revolts, real and imagined, white supremacists did not present African Americans as members of a global conspiracy who were willing and able to wage war against the United States as a step on the path to black world domination. Rather, they viewed slaves as the Germans viewed the Poles and other Slavs: as intellectually inferior beings, incapable of organizing anything so massive as an international political conspiracy. Just as white supremacy and racism justified enslavement for purposes of labor, so the theory of an international Jewish conspiracy was, as Norman Cohn put it fifty years ago, the “warrant for genocide” that justified and accompanied the Final Solution.

The conspiracy theory of radical anti-Semitism was not only a bundle of hatreds and prejudices. It was the ideological framework through which the Nazi leadership interpreted (and misinterpreted) ongoing events. From the beginning to the end of the war that he and his government had launched, Hitler and his associates concluded that their paranoid fantasy of an international Jewish conspiracy was the key to contemporary history. Its distinctively genocidal component, the ideological element that called for a complete extermination of the Jewish people in Europe and everywhere on the globe, did not have its primary basis in racial biology. Rather the definition of the Jews as a race more than a religious group was decisive for making a political accusation against a supposedly real historical actor, which the Nazis called “international Jewry.”

THE NAZIS racially defined “Jewry” as a political subject, no less real than the governments of the Allied powers. “Jewry” was the power behind the scenes in “London, Moscow and Washington” and the “glue” that held together this unlikely coalition of “Jewish Bolsheviks” and “plutocrats.” On many occasions, Hitler and his associates said publicly that the Nazi regime would respond to this alleged prior act of Jewish aggression and attempted mass murder by “exterminating” and “annihilating” the “Jewish race” in Europe. From the perspective of the Nazi leadership, “the war against the Jews” was not only the Holocaust. It was also the war against Britain, the Soviet Union, the United States, and their allies.

This argument calls for a revision of our understanding of what the Nazis meant by the phrase “the war against the Jews.” Since the publication of Lucy Dawidowicz’s classic work with that title, the phrase has come to be synonymous with the Holocaust. Dawidowicz’s work succeeded in drawing attention to the Holocaust, which in 1975 still stood in the shadows of the main historical event, the Second World War. Yet the evidence of the public assertions of Hitler and other Nazi leaders is clear. When they spoke of the war against the Jews, they were not referring only to the Final Solution. Rather, in their public statements and private diary entries and personal conversations, they asserted that war against the Jews comprised the war against the Allies, led by the United States, Great Britain and the Soviet Union, as well as against Europe’s Jews. These were two components of a single battle to the death between Germany and international Jewry. On numerous occasions, Hitler and other leading officials publicly threatened—and later proudly announced that they were accomplishing—the extermination of Europe’s Jews as an act of retaliation against the war that, they claimed, “the Jewish enemy” had launched against Germany and the Germans. When they spoke in this manner to justify mass murder, they had in mind a racially defined political subject active in contemporary history, whom they were attacking because of what they alleged it done, not primarily because of its alleged physiological features. In reality, of course, Nazi Germany attacked the Jews because they were Jews—that is, because of who they were rather than what they had actually done. The public and private justifications for the genocide reversed this elementary truth. While caricatures of the Jewish body filled the pages of Der Stürmer, the distinctively genocidal components of radical anti-Semitism dealt above all with what “international Jewry” was alleged to have done, not how Jews looked. The Jews, as Goebbels asserted in one of his most important anti-Semitic tirades, practiced “mimicry,” that is, they were experts at camouflaging their actual identity and passing as non-Jews. It was precisely because the Nazis did not believe that they could tell who was and was not a Jew by reference to biological features that they required Jews in Nazi-occupied Europe to wear the yellow star. It was what the Nazis accused the Jews of doing, not their physical features, that stood at the center of the Nazi commitment to mass murder. 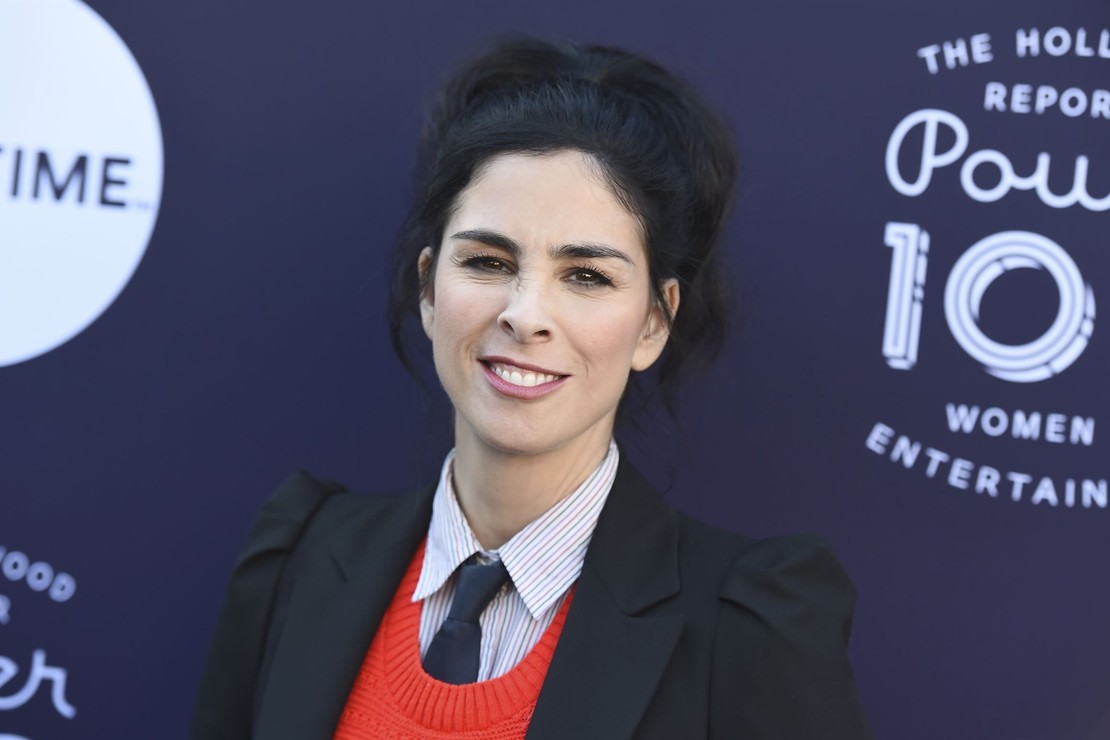 The Masking of America