The GOP can now be divided into five “tribes”

Take 10 minutes out of your Friday afternoon to skim through this fascinating (and user-friendly) set of data from the polling firm Fabrizio and Lee about where Republican loyalties lie in the post-Trump era. A few weeks ago I wrote that available polling points to the GOP splitting into three groups along 50/30/20 lines: “Fifty percent are hardcore MAGA, to the point where they’re more loyal to Trump than to the party. Another 30 percent are pro-Trump but a bit more ambivalent about having to choose between him and the GOP. The last 20 percent are the Trump-skeptics, a rump but a sizable enough one that they can make mischief for the right in elections if they don’t stay onside.”

The Fabrizio and Lee data suggests that that’s … basically true. It’s just that they see five groups instead of three. There are the “diehard Trumpers” (self-explanatory), “Infowars GOP” (diehard Trumpers but conspiratorial, i.e. QAnoners), the “Trump boosters” (pro-Trump but torn over whether he should lead the party), “post-Trump GOP” (pro-Trump but want someone new in charge), and the “Never Trumpers” (self-explanatory). How do those groups shake out?

“Trump boosters” are divided more or less evenly on whether they favor Trump in the 2024 primary or not. So add half of their group to “diehard Trumpers” and “Infowars GOP” and you get a little more than 50 percent that’s ready for Trump 3.0. Add the other half of the “Trump boosters” group to the “post-Trump GOP” and you get somewhere between 30-35 percent that likes Trump but wants to see a new nominee. And then there’s 15 percent of the party that wants a totally new direction. So more like 52/33/15 than 50/30/20, in case you’re not into rounding.

Every group except Never Trumpers is sky-high in terms of Trump’s job approval; even the “post-Trump GOP” has him at 97/3(!). Where the rifts begin to open is when you ask whom each group wants to see nominated in 2024.

Note the differences between the two tribes that don’t want Trump as the next nominee. The “post-Trump GOP” is much warmer towards Ron DeSantis, a Trump acolyte but someone who’s built his own record as governor of Florida, and to a lesser extent Nikki Haley. The Never Trumpers want little to do with De Santis or Haley, who worked for Trump as ambassador to the UN. They’re still pining for Mitt Romney. And both groups seem interested in Mike Pence, who pales among other tribes since they prefer to have Pence’s former boss run again instead.

Apart from “diehard Trumpers,” each tribe here is more ambivalent about nominating Trump again than you might think from his approval rating. He’s at 88 percent overall approval among Republicans and near 100 percent with each tribe except “Never Trumpers,” yet only 51 percent of the party and 55 percent of “Trump boosters” are prepared to support him among a hypothetically crowded field. Likewise, just 57 percent say the GOP should continue to be led by Trump — a big number, but not as big as his approval rating might lead you to guess — and a narrow majority says they support the GOP more than they support Trump (51/49). He’s still the most popular figure in the party, but the “Trump boosters” and “post-Trump GOP” tribes (and Never Trumpers, of course) clearly have some misgivings about a third presidential run. Those are the two groups that could make DeSantis a major player in 2024, a guy who’s Trumpy enough for their tastes but lacking in some of the foibles that have made them interested in new leadership.

Even though support here for Trump isn’t monolithic, it’s hard to imagine anyone passing him as a favorite in 2024 based on these numbers. The question for the party is how the Never Trumpers and especially the “post-Trump GOP” would react to him being nominated again. Would the latter group sit out the election? Would they cross the aisle, and if so, does that depend on whether Biden is the nominee or Harris? Or would they cowboy up and stick with the party even with Trump still the man at the top?

I’ll leave you with one more data point from Fabrizio and Lee — not from today’s poll but from last week’s. They asked Republican voters which news networks they do and don’t like to watch and found a surprisingly high number had dumped Fox News:

More than one in 10 Republicans, 14 percent, say they used to watch Fox but don’t anymore. Of that group, 32 percent now watch Newsmax at least weekly while 28 percent watch OAN at least weekly. Among Republicans who voted for Trump in a Republican primary, the numbers are even higher. Still, don’t assume from this data that the upstart righty networks are doing big business at Fox’s expense: Newsmax has lost more than half of its audience from its post-election highs. During its best period it was pulling around a quarter of Fox’s viewership; now it’s pulling an eighth or less. However many disaffected Fox viewers there are, they’re not enough at the moment to make Newsmax a threat. 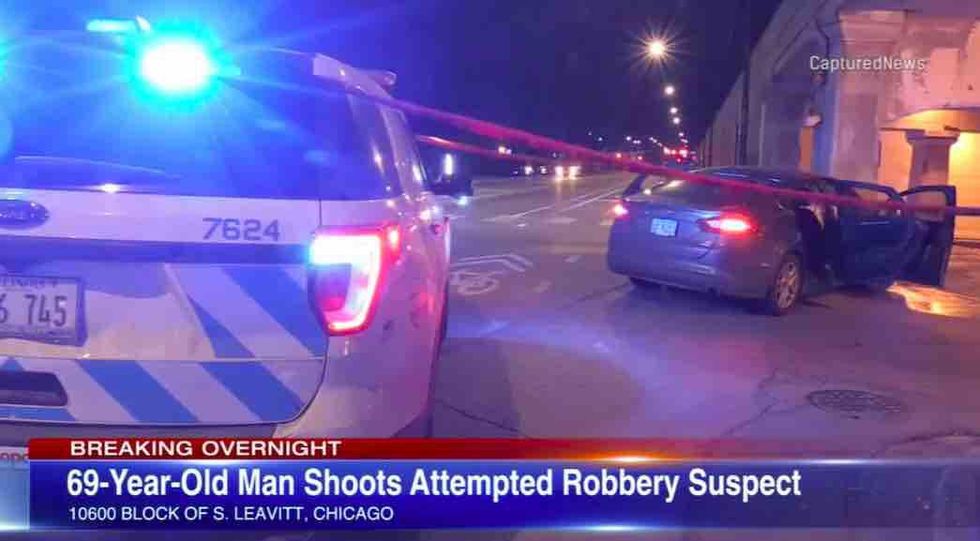 Those males who got a big splash of cold water on their faces after trying to rob a 69-year-old concealed carrier in Chicago? They're all teenagers.