The dastardly Mumbai terror attack of November 26 & 27, has claimed the lives of over 125 people and injured scores more. This terror attack in our analysis has been planned & orchestrated by the Sangh Pariwar and its allies within the security apparatus to counter the investigation of the ATS led by Hemant Karkare, so as to nullify and divert attention from the true face of BJP-RSS Parivar’s involvement in fermenting terror attacks in the country.

The basic aim was to totally subvert every attempt by the ATS (Anti-Terror Squad) that was undoubtedly uncovering the nefarious terrorist cells within the various branches of the Sangh Pariwar as well as their RSS abettors & sympathizers within the army, IB, RAW and the entire security apparatus. The Mumbai terror attacks will thus draw away attention, as well as serve to justify the terrorist activities of the Sadhvi Pragnya’s and the Purohit’s and further lend to their glorification.

It will basically shore up the sagging credibility of the BJP-RSS, especially that of L. K. Advani, who had taken a public posture of both defending the alleged terror cells and attacking the ATS. This was utterly myopic on the part of a leader who is unfortunately considered to be the next PM. Also L. K. Advani who has vehemently and publicly attacked Hemant Karkare, is now cynically praising the man after he was murdered. Moreover we also question as to why PM Manmohan Singh chose to accompany L.K. Advani to Mumbai and have only him by his side to the exclusion of every other national & regional leader??

Also similar is the Jaipur terror attacks (March 13, 2008) which undoubtedly aided the BJP to win a majority in Karnataka, the Mumbai terror attacks could also prove useful to the fortunes of the BJP in the upcoming elections across 5 states.

One of the most disheartening events was the deaths or rather the murders of the courageous ATS Chief Hemant Karkare as well his associates, Ashok Kamte & Salaskar, who were spearheading the investigation. Hemant Karkare was not shot in the chest as was reported, but was shot in the neck. Even prior to this terror attack, Hemant Karkare was receiving a series of threats to his life for persisting with the investigation which was and has infact unravelled a terror network with deep roots in the various organization of the RSS and included the BJP, ABVP, VHP and the Abhinav Bharat amongst others. The cousin sister of Hemant Karkare as well the mother of Salaskar have appeared on TV and have expressed strong doubts about the deaths of their loved ones and have strongly hinted at other possibilities. It was also reported that when the death of Karkare was announced, the RSS members rejoiced and celebrated.

We thus demand a judicial inquiry to look into the deaths of the three courageous ATS officers whose deaths are a blow to the morale of the entire police force. The feeling that Karkare and his comrades were the prime victims of this plot is now widespread amongst the people and is matter of serious popular discussion and a number of TV channels are discussing this possibility.

The death of Karkare and his comrades has sent out a strong signal to all those who would dare to challenge this diabolical Hindutva nexus within our security apparatus. This again is not unique to India as we are witness to the phenomenon of the religious right and its influence within the military establishment in countries as diverse as Pakistan (Islamist Right), USA (Christian Right) and Israel (Jewish Zionists). There is thus a need to weed out all such individuals and groups from within our security apparatus. The Zia’s, Sharon’s and Bush’s have all proved far too detrimental for their respective nations and the world at large.

The first media reports began to inform us of a previously unheard of group called the “Deccan Mujahedeen”. Let it be made clear that neither the Deccan nor the “Indian Mujahedeen” exist. The Indian Mujahedeen is a creation & the front organization of the Indian security apparatus. The role of the “IM” is to seek to entrap Muslim youth. Organizations like the IM are created with the backing of criminal elements from within the Muslim community as well as informers. The IM is known to be linked to the Fazlulrehman gang as well as the Bhatkal brothers with similar criminal antecedents. We believe that it is fairly easy to entrap 15 odd Muslim youth annually out of a population of 15 crores, by showing them CD’s of Gujarat and Ayodhya and by emotionally drawing them to “avenge” the oppression and exploitation of a beleaguered minority. Intelligence agents in the garb of Muslim clergy have been known to indulge in this activity, whilst informers like Safdar Nagori have also helped in this process.

As far as the terrorists who attacked Mumbai are concerned, they are in all likelihood highly indoctrinated and extremely well trained terrorists determined to die for their “cause” & are basically controlled by the American CIA, the Pakistani ISI and the Israeli MOSSAD. There is a long and recorded history of the CIA and the MOSSAD along with the intelligence agencies of Saudi Arabia and Pakistan, deploying these groups in Afghanistan , Chechnya , Bosnia and Kosovo amongst others.

The stunning report that stated that Indresh Kumar a senior RSS operative in Nepal received Rs 3 CR from the ISI, was known to Togadia, Purohit and Vaidya the ex-RSS chief. This till date has not been denied by the RSS. This hints of a collusion between the ISI and the RSS at certain mutually beneficial levels and should come as no surprise and needs further investigation.

It was clear to the BJP-RSS that the threat that lay from the ATS investigation could destroy them as it went to the core of the leadership and names such as Advani, Modi, Togadia, Rajnath Singh and Vaidya began to appear.

Thus they would have to organize a major spectacular terrorist attack to thwart the investigation.

In our estimation, the MOSSAD and the CIA have aided and abetted the BJP-RSS in the planning and execution of this terror attack. What was required in this extended sordid drama was the need for a genuine terrorist group of Pakistani origin, which was provided for by the ISI with a bit of prodding from its masters in the CIA and the MOSSAD if required. The ISI is a mercenary organization with no scruples and is out there for the highest bidder. Moreover there exist various factions within the ISI, some which are basically controlled and paid for by the CIA and the MOSSAD.

The terrorist group would have no clue to the larger plot and would only be a pawn in the entire episode in which it would be given to believe that it was serving the cause of Islam by waging Jehad against Hindu India.

The terrorists were also given targets which included nationals of the US , UK and Israel as an added incentive. In one such announcement the terrorist spokesperson announced that they were here in Mumbai as part of their battle against the Jewish people and the faith of Judaism. Thus the Nariman House building in Colaba, that unknown to most is inhabited by Israeli-Jewish families was also attacked and hostages taken. This incident will only serve to cement ties between the Zionist elites of Israel and the Brahmanical elites of India.

The fact of the matter is that there exists a strong ideological bonding between Zionism & Brahmanism. Both are committed to racial, religious & caste superiority. Both also have a history of collaboration with Imperialism and the exploitation of their people.

Let it be clear to one and all, that Muslims have never had any sort of antipathy or hatred for the Jewish people or for Judaism for that matter and history is proof of this fact. What Muslims like all other peoples and nations are opposed to is Zionism and its colonial apartheid state called Israel. The fact of the matter is that at the heart of International politics lies the Palestine / Israel conflict and only a just solution will finally bring peace to the world. Till then Israel will continue to destabilise Muslim societies across the world so as to spread Islamophobia and further weaken and isolate the Muslim community as is very apparent in India.

The key is to understand the difference between Judaism and Zionism. Judaism represents the ethical and moral values of the Jewish faith whilst Zionism is a racist, fascist and colonial ideology.

Both India and the world stand at the crossroads.

The scourge of terrorism has become the political and social challenge of our times and needs to be fought as it is we the ordinary people who are the victims of terror.

The only way that we can fight the demon of terrorism is by revealing the truth and thus uniting the people across religions and nations for our common struggle against imperialism and for a global human society based on the principles of secularism, democracy and social justice.

The battle is for the very Soul of India !

The battle is for the very Idea of India !

The battle if for the very Unity of India ! and

We the People will win the war for Peace !

The RSS, as a Fascist terrorist organization, is certainly capable of such an attack and there are elections for Legislative Assemblies coming up. Could this be their “burn the Reichstag” moment? This article is ridiculous.

RSS exist because of islamic terrorism. Now there existence is being validated which is also going to have other issues

So this is a Muslim mouthpiece saying that Hindu terrorists committed the Mumbai atrocities and pinned them on Muslims to make Muslims look bad?

Could this be their “burn the Reichstag” moment?

Yes it could if you believe that Bush and Rove were behind 911.

Or it could just be Muslim extremists doing what they do every day a round the world.

Or it could just be Muslim extremists doing what they do every day a round the world.

Could be…but it could be th RSS in a “burn the Reichstag” moment as well. Certainly, the political arm of the RSS is the beneficiary.

RSS exist because of islamic terrorism.

The RSS was founded in the 1920s in support and emulation of the Fascists. It has committed many violent acts and many terroristic acts since then in the name of preserving “Hindu culture” (read: Hindu hegemony.)

The RSS is as much a terrorist organization as Lashkar-e-Taiba, Al Qaeda, the IRA, or this alleged “Deccan Mujahideen” whcih no one has ever heard of (but which claimed responsibility for the bombings.)

And not just Christians. Sikhs, Dalits, and many other minorities as well.

BWAHAHAHAH! TBP, you must be having a busy time these days lobbying for Pukistan, for the heat they are about to be faced with… enjoy!

Hello, everyone — in case you haven’t realised it by now, here’s TBP, our resident shill from the AlQaeda, Taliban jihadi networl. His job is to spread rumors like the one posted here (that India planned this attack on itself and that 9/11 was planned by Bush and America). For the Muslims who don’t support these wild ideas, THIS, along with all the killing and persecution and shariah laws and blasphemy laws and executions, is the reason people do not trust anything to do with your worship. 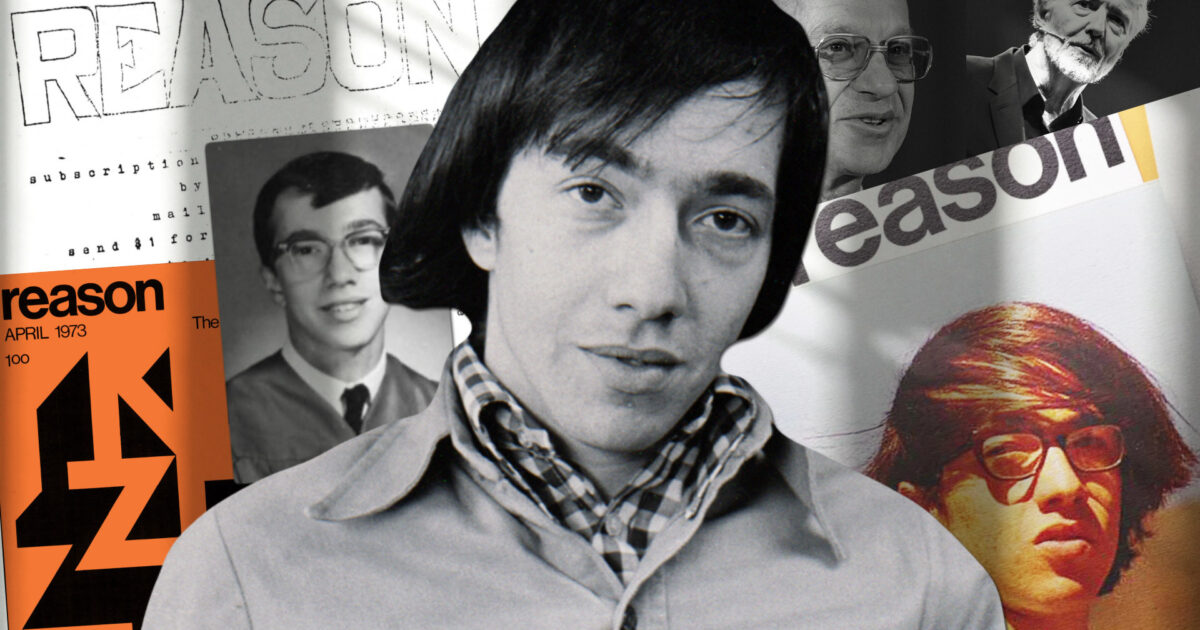 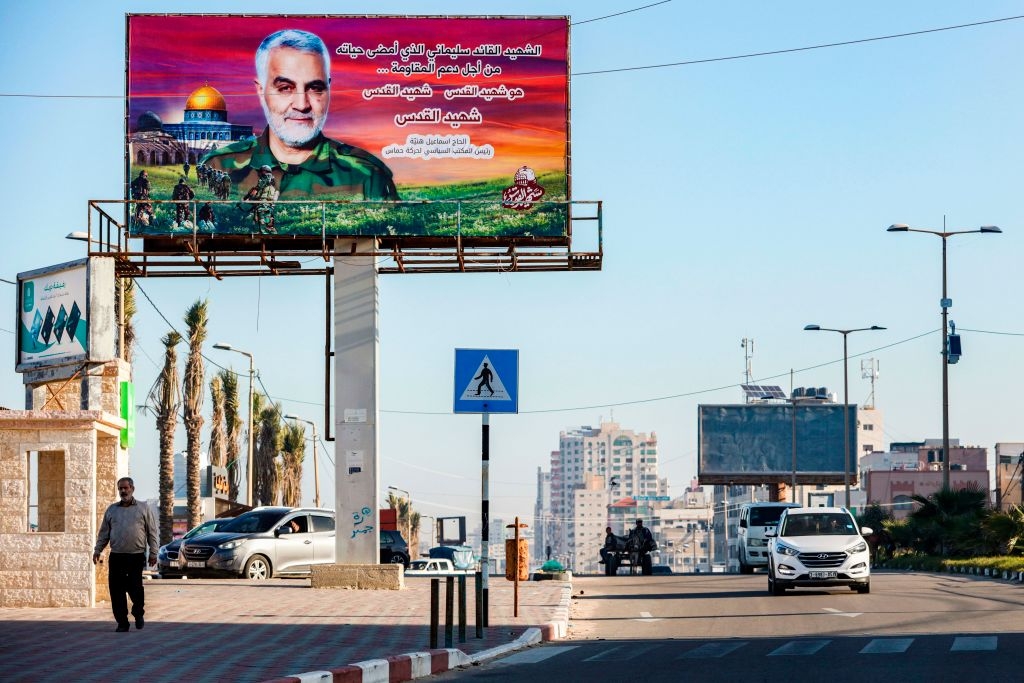