It may have been set in a galaxy far, far away but the Star Wars films feature some rather familiar-looking firearms.

Then again, the saga isn’t exactly what one could call “original” – it borrowed heavily from American westerns, World War II films, movie serials notably Flash Gordon, and the original film’s plot is borrowed so heavily from The Hidden Fortress that writer/director George Lucas should have paid royalties to Japanese director Akira Kurosawa.

However, the result has become a cultural phenomenon, likely because it is borrowed so liberally, taking the best of what American (and international) cinema had to offer. Moreover, it didn’t overdo the sci-fi elements – the music was almost classical and didn’t try to sound “futuristic.”

And when it came to firearms, instead of art deco ray guns, the armorers simply dressed up modern weapons. The result is a level of realism that is now standard in the genre when it comes to military small arms – such as those seen in Aliens, Battlestar Galactica and Firefly.

In our real world, the Mauser C96 was carried by German soldiers in both World Wars, while a young Winston Churchill used the pistol during his time in the military. It was dressed up in Star Wars and with the addition of a muzzle cone from an M3 “Grease Gun” and Hensoldt Wetzlar Dialyt 3x scope it became the BlasTech DL-44. It was carried by intergalactic rogue Han Solo (Harrison Ford) and Jedi-in-training Luke Skywalker (Mark Hamill).

There are fears today that the Chinese military has copied the U.S. military’s F-22 Raptor jet fighter, clearly, this “BlasTech” company (which is never actually mentioned on screen) doesn’t have the most original designs either. In this case that’s because the armorers used the British-used Sterling L2A3 submachine gun. It was developed at the end of World War II as a replacement for the Sten Gun and initially named after its designer George William Patchett. It saw use in dozens of conflicts during the Cold War and was used by both the British military and Argentinean forces during the 1982 Falklands War. Fitting its intergalactic counterpart, the BlasTech E-11 Blaster Rifle was used by both Rebel forces and Storm Troopers alike.

Eagle-eyed viewers might spot that in The Empire Strikes Back, the Rebel forces on Hoth are actually armed with a weapon developed by Nazi Germany. The StG44, the world’s first assault rifle served, as the basis for the heavily modified BlasTech A295. However, another Rebel rifle, the BlasTech A280, was based off the AR-15.

The movie props were reported to be cast props that had scopes added and the stocks modified. The Rebel forces were clearly well supplied with weapons and BlasTech apparently sold arms to both sides – clearly hedging its bets.

The Imperial Storm Troopers had quite an arsenal and for assaults, they seemed to be equipped with the BlasTech DLT-19, which was in fact just a dressed up World War II German MG34 general-purpose machine gun. It was seen carried by the “Sand Troopers” who were looking for the Droids on the desert planet of Tatooine.

Another familiar looking machine gun makes an appearance as the BlasTech T-21, and while described in the official canon of Star Wars as a “light repeating blaster” it is actually the American-designed Lewis Gun without its familiar drum/pan magazine. Not exactly light, it seems impractical actually even for a Storm Trooper to wield it.

The only reason it may have even been called a light repeating blaster is that during the First World War it was officially designated as a “light machine gun.” No one said Lucas and company were exactly original.

Peter Suciu is a Michigan-based writer who has contributed to more than four dozen magazines, newspapers and websites. He regularly writes about military small arms, and is the author of several books on military headgear including A Gallery of Military Headdress, which is available on Amazon.com. 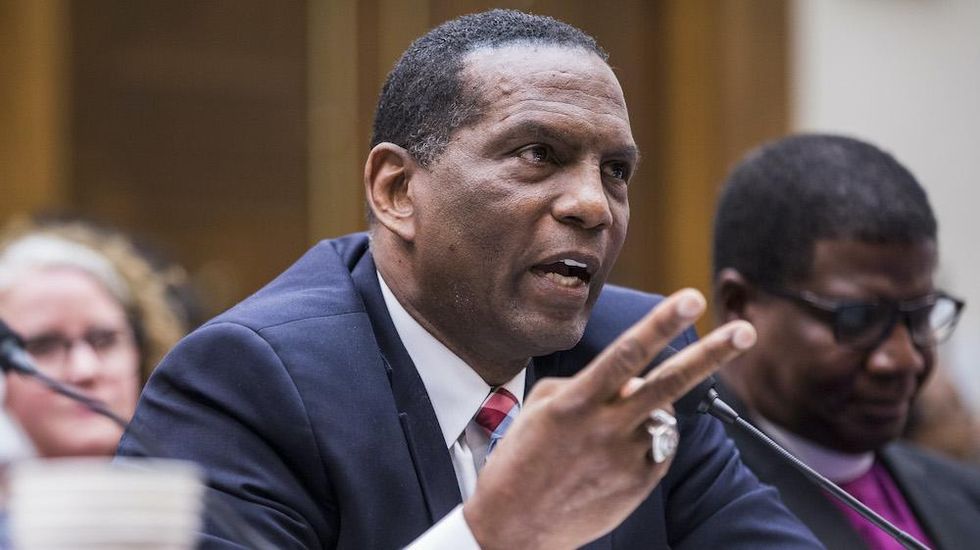