Amazon admitted that it will not sell books “that frame LGBTQ+ identity as a mental illness” following backlash over its removal of “When Harry Became Sally: Responding to the Transgender Moment.”

The book’s author, Ryan T. Anderson, told the Daily Caller News Foundation on Friday that he only learned of Amazon’s reasoning after Amazon gave a statement to The Wall Street Journal.

“We carefully consider the content we make available in our stores, and we review our approach regularly,” Amazon explained in a Thursday letter to Republican Sens. Marco Rubio of Florida, Mike Lee of Utah, Mike Braun of Indiana and Josh Hawley of Missouri. “As described above, we have chosen not to sell books that frame LGBTQ+ identity as a mental illness.”

The Republican senators had written to Amazon Chief Executive Officer Jeff Bezos requesting an explanation as to why the book was no longer available on Amazon platforms, WSJ reported.

Anderson, who is also the president of the Ethics and Public Policy Center (EPPC), told the DCNF that “When Harry Became Sally: Responding to the Transgender Moment” does not frame LGBT identity as a mental illness.

“Nowhere have I ever said or framed LGBTQ+ identity as a mental illness,” he told the DCNF.

“The phrase ‘mental illness’ does occur in the book twice — but not in my own voice: once quoting a ‘transwoman’ writing in The New York Times, and once quoting the current University Distinguished Service Professor of Psychiatry at Johns Hopkins.”

The banned book discusses the American Psychiatric Association’s classification of gender dysphoria from its recent edition of the “Diagnostic and Statistical Manual of Mental Disorders,” Anderson told the DCNF.

“Amazon, curiously, still sells that,” the author said. “Gender dysphoria is listed in the most widely respected and consulted book on psychiatric disorders because it is a serious condition that causes great suffering.”

Should Amazon have political opinions on the products it offers consumers?

“There is a debate, however, which Amazon is seeking to shut down, about how best to help patients who experience gender dysphoria,” he continued.

“’When Harry Became Sally’ is an important contribution, praised by medical experts, to that conversation. Amazon’s delisting of it cuts off vital political and cultural discussion about important matters when we need it most.”

Amazon has finally responded. Everyone agrees that gender dysphoria is a serious condition that causes great suffering. There is a debate, however, which amazon is seeking to shut down, about how best to treat patients who experience gender dysphoria. https://t.co/q6DNctHQyn

Anderson called Amazon’s timing “highly suspicious,” noting that Amazon banned his book “the weekend before Congress voted on a radical transgender bill — the so-called ‘Equality Act’ — of which I am one of the most out-spoken critics.”

“It seems that Amazon is using its massive power to distort the marketplace of ideas and is deceiving its own customers,” Anderson said.

Amazon has not responded to the DCNF’s requests for comment.

Content created by The Daily Caller News Foundation is available without charge to any eligible news publisher that can provide a large audience. For licensing opportunities of our original content, please contact licensing@dailycallernewsfoundation.org.

A version of this article appeared on The Daily Caller News Foundation website. 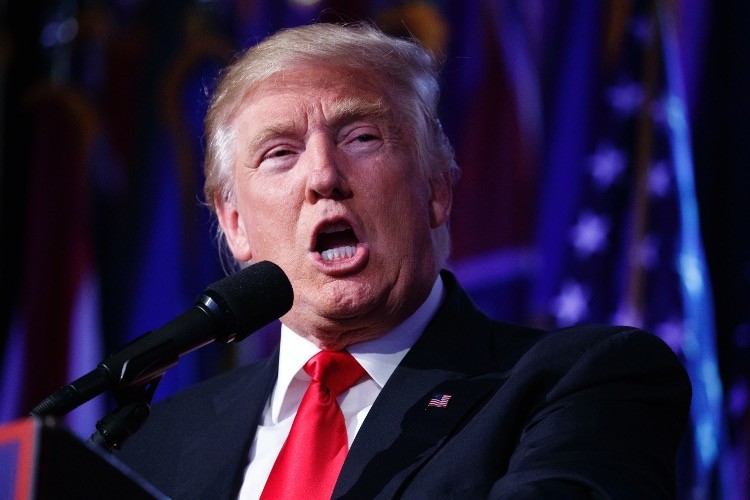 Trump, RNC “Resolve” Differences, But With a Warning