Why is this state trying to ban wine deliveries?

What’s the one thing that a state government can do to help prevent locked-down residents from losing their minds during this pandemic? How about banning direct deliveries of booze to your house? If that sounds crazy to you, you’re not alone, but for at least some deliveries, that’s what Tennessee is attempting to do. A new pair of bills in the state legislature would ban wineries in other states from using third-party fulfillment houses to ship their wine to customers in the Volunteer State. (Fulfillment houses are companies that are licensed to store wine on behalf of many wineries and fulfill customer orders by shipping the product directly to the consumer, collect the appropriate taxes and make sure the deliveries are legal.) This really terrible idea looks like it has some legs in the legislature, however. (Avalara)

A bill making its way through the Tennessee Legislature would make it illegal for fulfillment houses in the United States to ship wine to Tennessee consumers on behalf of licensed wineries. If House Bill 0742 or its companion Senate Bill is 0705 enacted, wine drinkers in the Volunteer State could soon be unable to purchase wine from their favorite wineries.

This bill caught wineries and consumers by surprise. If enacted, it could take business away from licensed fulfillment houses that do exactly what they’re authorized to do: Store wine on behalf of licensed wineries and ship it on their behalf via common carrier directly to consumers in Tennessee and other states. At this point, the motivation behind the bill is unclear.

Shoshana Weissmann tweeted the appropriate response to this proposal.

😒 This is ridiculous – TN is considering banning direct to consumer sales of wine. In the middle of a pandemic where everyone wants everything delivered and other states are FIXING prohibition-era laws https://t.co/QoxcKSiRgS

Precisely. I know that ever since the pandemic struck, we’ve been ordering all of our alcohol from our local booze shop and they’ve been delivering it right to our porch. (The facts that the owners are old friends of ours and we always leave a very healthy tip taped to the door probably doesn’t hurt.) Not that there’s ever a good time to outlaw a convenient service like this, but the middle of a pandemic makes it an even worse idea. Also, we’re not even talking about booze that you could just drive down to the booze shop and pick up in many cases. Smaller wineries don’t put out enough product to stock every liquor store in the country, so the only way they can reach more customers is through direct shipment sales using third-party fulfillment houses as described above.

So why is Tennessee trying to do this? Some people are suggesting that it’s because of some ongoing beef that they have with Kentucky over out-of-state sales. But there’s probably a bit more to it. Tennessee had previously passed a protectionist law requiring two years of residency in the state before you could be allowed to sell alcohol. It was an obvious effort to boost business for local retailers. But in 2019, the Supreme Court struck down that law on the basis of the state being unable to show any salable health benefits coming from it and the discriminatory nature of the restrictions on out-of-state businesses.

It looks as if this new legislation is their next attempt to push the same concept but from a slightly different angle. But if the Supreme Court shot down the last law, why wouldn’t the same thing happen again with this one? The final effect appears to be the same.

In any event, this should make a lot of wine drinkers in Tennessee angry, even if it pleases the Tennessee Wine and Spirits Retailers Association. The legislators should pause for a moment and ask who they are really serving with this effort.

‘Cuomosexuals,’ The 20 Celebs Who Were ‘In Love’ With Accused Sex Pest/Granny Killer Gov. Cuomo 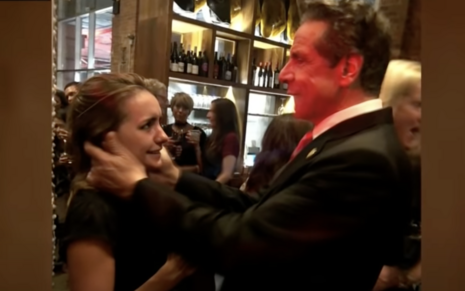