Merrick Garland promised to pursue “equal justice,” detached from politics, in his first address to the Justice Department as attorney general one day after being confirmed by the Senate to the role.

The longtime judge, who was nominated by President Biden and confirmed in a bipartisan 70-30 vote, spoke about his own history with the Justice Department and invoked the words of former Attorney General Edward Levi, who worked to return trust for the department after the Watergate scandal, during brief remarks in the Great Hall on Thursday.

“Together, we will show the American people, by word and deed, that the Department of Justice pursues equal justice and adheres to the rule of law,” Garland said.

Garland said that in order to retain the trust of the people, the department must “adhere to the norms that have become part of the DNA of every Justice Department employee.”

Garland was chief judge for the U.S. Court of Appeals for the District of Columbia and was former President Barack Obama’s nominee for the Supreme Court five years ago, but Republicans stymied his nomination to the nation’s highest court in order to wait until after the 2016 election. Former President Donald Trump won the contest, and his pick to replace the late Antonin Scalia, Neil Gorsuch, was confirmed to the Supreme Court.

Senate Minority Leader Mitch McConnell, the Kentucky Republican who led the Senate that refused to allow a vote on Garland’s nomination in 2016, ended up joining several Republicans in voting to confirm Garland as the 86th attorney general.

Garland acknowledged the more than 115,000 employees of the Justice Department and said he “was awestruck” upon entering the headquarters at the age of 26, decades ago.

“Everywhere I looked, there were serious people pursuing the cause of justice. I left the interview wanting the job, badly,” he said. “Altogether, I served under five attorneys general appointed by four presidents. … For all of you, and for me, public service is more than a job; it is a calling.”

The attorney general said that when he walked into the Robert F. Kennedy Department of Justice Building on Thursday morning, “it really did feel like I was coming home.” 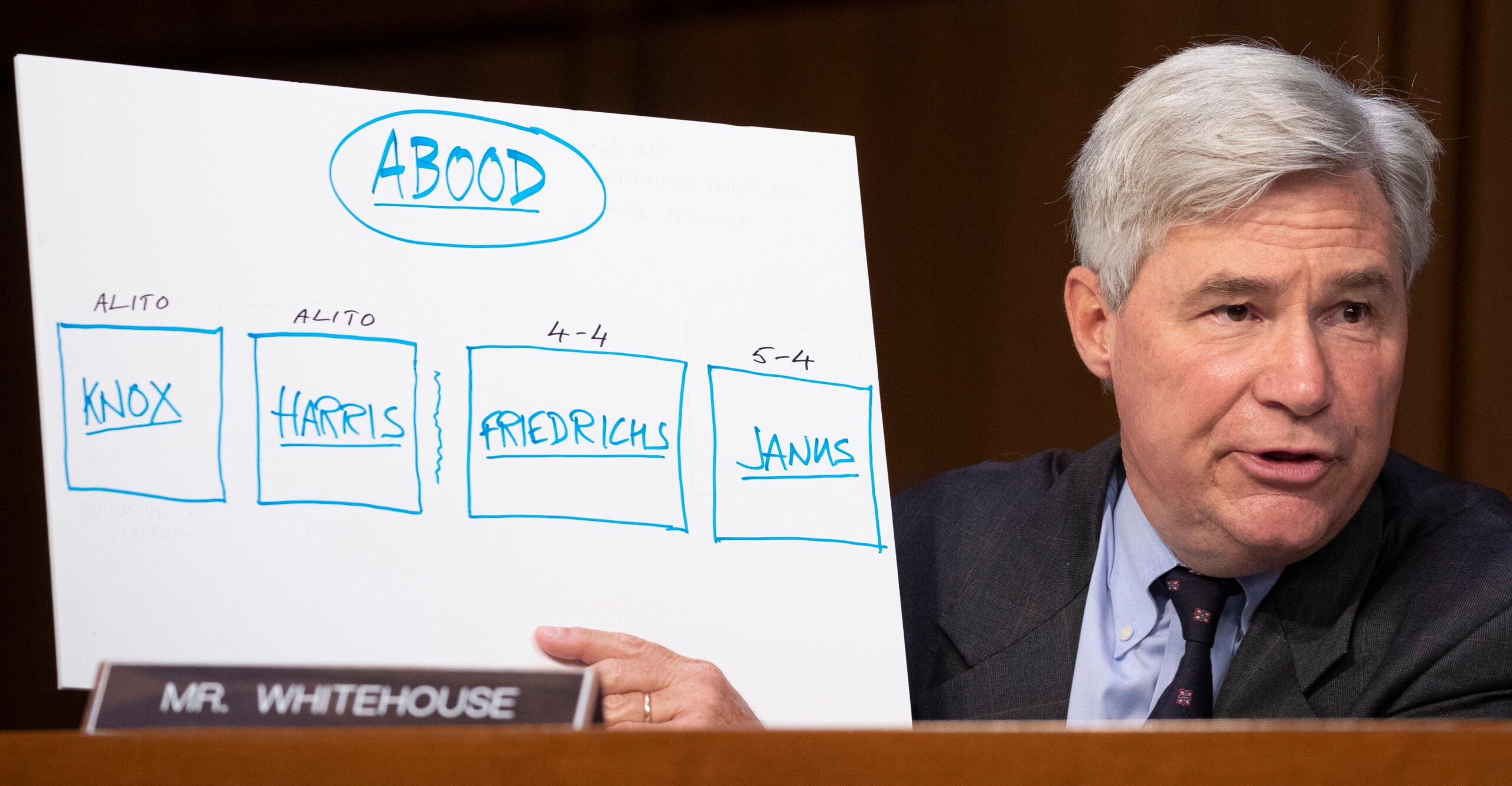 7 Takeaways From Senate Hearing on Supreme Court and Dark Money