Since taking over as executive director of the scandal-plagued Lincoln Project in January 2021, Fred Wellman has praised President Joe Biden for bringing “decency back to the White House.”

Wellman didn’t always hold Biden in such high regard. “My very non-partisan wife just decided she doesn’t want that overbearing jerk Biden a heartbeat away from the Presidency anymore,” Wellman tweeted during the vice presidential debate in October 2012. “He makes me sick to my stomach. I hope he’s relegated to history soon.”

Wellman elaborated: “I don’t like Joe Biden cause I’ve met him and he is full of crap” and looked like “a sputtering lunatic” during the debate against Paul Ryan. On the day of the 2012 election, Wellman mused that “no matter what happens today the idea of a Joe Biden presidential run makes me smile and SNL writers dizzy w/ anticipation.” He has also tweeted approvingly of the controversial British boy band Mumford & Sons.

Lincoln Project cofounder Rick Wilson, a self-described “digital assassin,” has also changed his tune on Biden in recent years. The Lincoln Project founder previously referred to Biden as “America’s Clown Prince” and “a total dick” with “ginormous fake choppers.” He has remarked on the former VP’s “descent into madness,” “lunatic japery,” and “brain-tongue disconnect.”

Wilson continues to insist—without evidence—that negative stories about the Lincoln Project, such as the damning account of the super PAC’s inner workings published in the New York Times, are being orchestrated “very directly” by the Trump organization.

Wellman, who previously served as senior adviser to the Lincoln Project on veterans issues, said Wednesday that he “volunteered” for the role of executive director just days after cofounder John Weaver resigned in disgrace amid dozens of sex pest allegations.

“I’ve really been fortunate,” Wellman said during an appearance on Lincoln Project TV. “I actually texted Reed [Galen] and the board members the night before the inauguration and said, ‘Hey, I heard you’re looking for an executive director.'”

Wellman was offered the job “the next morning.” Biden was inaugurated on Jan. 20, just five days after Weaver resigned when the allegations began to surface in conservative media. On Jan. 31, the Times published its own story on the Weaver allegations that would propel the scandal into the mainstream media.

Subsequent reports would allege that senior Lincoln Project executives were aware of Weaver’s predatory behavior toward young men as early as January 2020, and repeatedly ignored detailed accusations brought to their attention by concerned associates. Lincoln Project adviser Stuart Stevens recently conceded that the group was not run by “H.R. geniuses.”

On Wellman’s watch, the Lincoln Project announced the hiring of the law firm Paul Hastings to conduct a “comprehensive review” of the organization’s “operations and culture.” The firm’s credibility was immediately undermined by revelations that several of its senior partners were Lincoln Project donors. 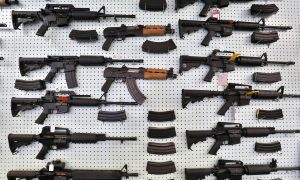