No vaccine certificate, no service, no travel. Governments around the world are lining up behind Communist China to issue “COVID passports” or “travel health certificates,” ostensibly as a means of dealing with the COVID-19 “pandemic.” It doesn’t take a biblical scholar, or even a Christian true believer, to project the lines and see that the various Covidian identification and tracking schemes are pointing toward a veritable “Mark of the Beast.” Verse 13:17 of the Book of the Apocalypse (or Revelation) tells us regarding that dreaded future time: “And that no man might buy or sell, but he that hath the character, or the name of the beast, or the number of his name.”

China Daily, a main propaganda arm of the Chinese Communist Party (CCP), reported on the certificate rollout on Tuesday, March 9. “A Chinese version of the health certificate for international travelers was launched Monday on the WeChat mini program for Chinese citizens, the Foreign Ministry’s Department of Consular Affairs said in a statement on Tuesday,” China Daily said. It also noted, “The certificate will be available in two formats, digital and in paper, with the certificate-holder’s NAT [nucleic acid test] and IgG antibody test results and vaccination status on record, according to the statement published at the department’s official WeChat account.”

On March 10, China Daily published a follow-up story noting that the new WeChat app “enables subscribers to obtain a Chinese version of an international travel health certificate, allowing people-to-people exchanges to resume in a safe and orderly way.” If you’re worried about your digital privacy, don’t be, China’s Covidian police say. “While protecting personal privacy, the certificate will help achieve mutual recognition of information such as COVID-19 nucleic acid testing and vaccination,” the article soothingly assures. The CCP magnanimously wants to share this biotech innovation and help the whole planet adopt its forward-looking attitude.

China Daily further reported: “China is willing to discuss mutual recognition of vaccination, and how it would work, with other countries, State Councilor and Foreign Minister Wang Yi said at a news conference on Sunday on the sidelines of the ongoing session of the National People’s Congress, the nation’s top legislature.”

If you’re thinking that this won’t affect you because you don’t plan to fly or travel internationally, think again. COVID “passports” could soon be required to go to a restaurant, church, school, pub, gym, park, beach, sporting event, grocery store, gas station, or even to go to work, or to use any form of public transportation.

China isn’t the only regime with big plans for this tantalizing new form of control. Israel actually beat the People’s Republic to the punch, “Israel is implementing a program requiring people to show proof of COVID-19 vaccination before accessing facilities like gyms,” CBS News correspondent Roxana Saberi reported on March 3.

“Supporters say it could help lift lockdowns in cities like London,” Saberi cheerily reported. “You get a shot, then you get a digital pass on your phone, and then you can get into restaurants and pubs.” She noted that, “Israelis must now scan in to get it in to gyms, hotels, even concerts.… It is all set in the telephone. It’s very convenient.”

Back to “Normal”?
According to CBS’s Saberi, “For more than three million Israelis and counting, this is the ticket back to some kind of normalcy. Finally, all the way in the car I sang ‘back to life. Back to reality.’” She notes that Israel’s “government-issued green pass shows personal details and proves they’ve had two doses of a COVID-19 vaccine. Now countries across Europe and beyond are considering similar so-called vaccine passports or immunity certificates to inject life back into a flagging tourism industry and revive businesses and hospitality like pubs. The UK is studying whether to introduce vaccine certificates, raising the possibility that Brits could soon need a passport for a pint. Yeah, all good.”

Yeah, real good. It must be good — because it’s green, right? And we know that everything good has to be “green” nowadays. Yes, after a year of deadly and destructive government-imposed misery posing as “science-based” health policies, we are all supposed to sing and rejoice at the promised coming of a “new normal” predicated on yet another massive government assault on our most fundamental rights.

A “Pandora’s Box,” and a “Slippery Slope”
To its credit, the CBS report offered some “balance” in the form of comments from Clare Wenham from the London School of Economics, who expressed concerns about personal data privacy and the likelihood of a two-tiered system that could violate the rights of those who refuse to take the vaccine, or who can’t get it because of availability issues.

“Is it going to be something that’s digital that tracks you?” Wenham asked. “And that obviously opens a whole different range of conversations about security of your data for example.” Regarding the non-vaccinated population, Wenham worried that “these people won’t be able to participate in life, in public life, in social life, in economic life in the same way as their counterparts who have been vaccinated.”

“Governments shouldn’t rush it,” Wenham cautioned, saying, “I think it’s a Pandora’s box, and I think it’s a slippery slope into having life being governed by your health status.” Her concerns underscore the obvious.

EU “Passport” May Allow Russian, Chinese Vaccines
“The European Union will propose a certificate that could ease travel for those who have taken EU-approved vaccines as well as others, like the Chinese and Russian shots, that have only received emergency national authorizations,” Bloomberg News reported on March 9. “The EU is racing to develop a system that will allow the 27 member states, and those in the European Economic Area, to reopen their doors to travel while also preventing an escalation in the spread of the coronavirus,” the Bloomberg report states. “The proposal aims to facilitate the exercise of the right to free movement within the EU during the Covid-19 pandemic by establishing a common framework for the issuance and acceptance of interoperable certificates on Covid-19 vaccination, testing and recovery,” it noted.

“The EU is struggling to boost its vaccination numbers, which have fallen behind other regions,” the Bloomberg report continued. “The bloc so far has given 9.4 shots per 100 people, according to the Bloomberg vaccine tracker. That compares with more than 27 doses in the U.S. and more than 35 in the U.K.”

But not to worry, because these impositions are only temporary. “Under the EU’s proposed plan, the framework would be in place temporarily until the pandemic is declared over,” the Bloomberg report says. Yeah, right. Dr. Ron Paul is not convinced. “Liberty lost in the ‘war on covid’ will not be voluntarily returned when the coronavirus threat ends — assuming the government ever stops moving the goal posts and declares the coronavirus threat is over,” Dr. Paul warns.

Biden “Faces Growing Pressure” to Join COVID Passport Chorus
“The White House is facing growing pressure from the airline and travel industries to throw its support behind vaccination passports, a proposal with the goal of eventually allowing Americans who have received their coronavirus shots to fly freely for work and leisure,” the left-tilted UK newspaper The Independent reported on March 10. In an article titled, “Biden faces growing pressure to support ‘vaccine passports’ for travel as White House skirts around the issue,” the paper reported that “Nearly 30 travel groups and major US airlines wrote a letter to COVID-19 Recovery Team Coordinator Jeff Zients on Monday urging the White House to serve ‘as a leader’ in the development of temporary vaccine health credentials.”

Leading the Charge: Gates & Rockefeller Foundations, World Economic Forum
Of course, the real leaders driving the COVID passport idea are the Rockefeller Foundation and the World Economic Forum (WEF), together with, of course, the Bill and Melinda Gates Foundation (see here, here, and here). One of the key ventures that launched the passport/health certificate effort is The Commons Project, based in New York City and Geneva, Switzerland, which released its CommonPass digital “health passport” in October of 2020 for a trial run. The Commons Project was started with backing from the Rockefeller Foundation and the WEF — in 2018, a year before the COVID pandemic.

Naturally, the Fake News “fact checkers” will tell us, we mustn’t see anything conspiratorial at work here. Mustn’t indulge in “conspiracy theory,” now. (Unless, that it is, one is denouncing the millions of racist, fascist, sexist, Neonazi, homophobic, transphobic, white nationalist Trump supporters who are engaged in an insurrection conspiracy to stage a coup d’etat against Joe Biden.) We must simply attribute this remarkable presaging of the CCP COVID attack by the RF/WEF forecasters to a serendipitous coincidence of planning and opportunity. We must see it as a tribute to the tremendous foresight of these wonderful, brilliant philanthropists who have taken upon themselves the burden of saving humanity. Just trust them; they know what’s best for us. But, before you swallow that line, you really owe it to yourself to watch Alex Newman’s “Behind the Deep State” video from a year ago, March 2020, entitled “Fighting Coronavirus With Tyranny & Globalism.”

In it, Newman eviscerates the Rockefeller/WEF COVID cabal, focusing on the Rockefeller Foundation’s 2010 report on its exercise involving a pandemic scenario and governmental responses to it. That report alarmingly presaged almost precisely the scenario/response track that we have been experiencing a decade later with COVID-19. Most chilling is the Rockefeller Foundation report’s praise for and approval of the most totalitarian scenario response, which was called, appropriately enough, “Lock Step.” The country that implemented this Rockefeller-approved draconian response was — you guessed it — Communist China.

Will Americans join the rest of the world and march Lock Step into this Orwellian-Covidian New World Order? Not if enough of us sound the alarm and expose this sham for the totalitarian ruse that it is.

VIDEO – Fighting Coronavirus With Tyranny & Globalism | Behind the Deep State

Will New “Digital Health Pass” Be Required to Travel and Attend Live Events?

Dr. Ron Paul: Europeans Are Waking Up to Government Covid Tyranny. Why Are We Still Asleep? 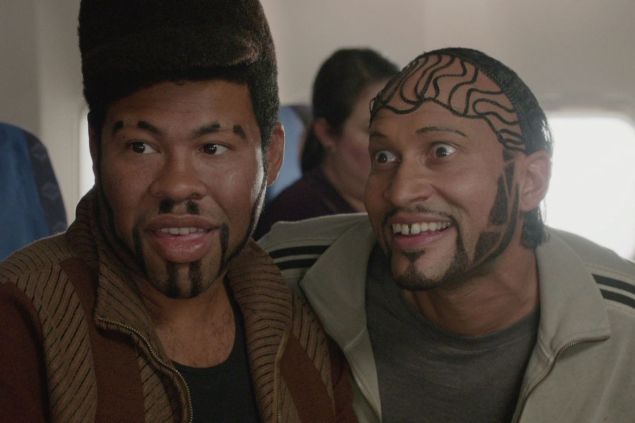 Is Comedy Central on Hulu? Yes and No

Huey Long Unworthy of Admiration from Left or Right