“Window dressing” puts it too kindly, in fact. A couple of weeks ago, Ghislaine Maxwell’s attorneys made their third offer for bail by promising not just to tie up the entire assets of both her and her spouse, but also to renounce citizenship in the UK and especially France. That would prevent French courts from blocking her extradition if she ever fled, Maxwell’s attorneys told the court.

As prosecutors found out by merely asking, that’s flat-out untrue:

“The defendant’s claimed ‘willingness to renounce her citizenship in both the United Kingdom and France is little more than window dressing,” US Attorney Audrey Strauss wrote Manhattan federal court Judge Alison Nathan.

The prosecutors noted in the letter that it would not even matter if Maxwell — who is also a naturalized US citizen — gave up her French citizenship because she committed the alleged crimes when she was a citizen of that country.

Strauss wrote that the government contacted the French Ministry of Justice “to understand the impact of the defendant’s offer to renounce her French citizenship on France’s categorical unwillingness to deport its own citizens for crimes they have committed.”

The French Ministry of Justice responded that Maxwell’s “offer to waive her French citizenship will not make her eligible to be extradited from France because, for purposes of extradition, nationality is assessed as of the time the charged offense was committed.”

Ahem. This sounds like something relatively easy to check before predicating a bail offer on that assumption. Did Maxwell’s attorneys even attempt due diligence before making their bail argument at the end of February? The most charitable assessment of this is incompetence, and Maxwell’s attorneys had better hope that the court sees it that way. If the judge thinks that the attorneys made that argument in bad faith — knowing or having good reason to know the argument was false — they could face sanctions.

It wasn’t likely to work anyway, as legal experts noted at the time, even if the argument had been correct. France is hardly the only place someone with Maxwell’s means can set as an extradition-free destination:

“I don’t think this will be successful. Should she somehow evade the U.S., she would have to escape in the middle of the night in some manner other than air travel—because part of any deal would be that she would have to surrender her passport.

“There are many other places she could go where there are no extradition treaties with the U.S., many nations in South America, she could go to China, so I’m not sure it’s a winning strategy.”

It’s certainly not now. But what about another strategy based on the Eighth Amendment? Maxwell’s family claims that her imprisonment before trial amounts to “torture,” which might be news to the court:

The way British socialite Ghislaine Maxwell is being treated in a New York jail is “degrading” and “amounts to torture”, her brother has told the BBC.

Ian Maxwell said she was being held under constant surveillance in a 6x9ft (1.8×2.7m) cell with no natural light, and the food was “basically inedible”. …

“There is no natural light, she is under 24-hour round-the-clock surveillance with 10 cameras, including one that moves and tracks her movements,” Mr Maxwell said.

The water she was being given was “brown”, he said, adding that the food was “highly microwaveable… and basically inedible”.

A court will definitely take notice of jail conditions when raised in court. However, part of the constant surveillance is her status as a suicide risk, which is even more acute after what happened to Jeffrey Epstein. There isn’t much expectation of privacy in a jail, though, nor of natural light, so it’s tough to call that torture. If her food and water are tainted, a court might order the jail to correct those issues, but a judge won’t normally release someone on bail over it — especially when charged with offenses that carry statutory restrictions on bail, like sex trafficking.

“I am worried about Ghislaine’s capacity to endure much more of this treatment,” he said of his 59-year-old sister, who is facing serious sex charges connected to late pedophile Jeffrey Epstein.

Ian stressed that Ghislaine is “presumed innocent,” blaming “fantastic press reporting that is way out of what is correct about her as a human being and about the case generally.”

He also attacked prosecutors for revealing so little about the case against his sister, including the identities of the three accusers she is alleged to have abused, as well as the time and dates of the alleged offenses.

“Justice cuts both ways. There is justice for victims of abuse, but there is also justice for those who are accused of that,” he complained.

Presumably the defense has access to that information as part of the discovery process. They (likely) can’t reveal it publicly, however, in order to keep the defense from using the media to intimidate the complainants. That’s fairly normal in cases of sex trafficking and sexual assault, especially involving minors.

It must be dawning on Maxwell and her team that there simply is no bail package they can propose which will get a judge to release her before trial. Claims of torture based on fairly normal prison conditions probably won’t fare any better. That’s especially true when those proposals appear poorly researched, at best. 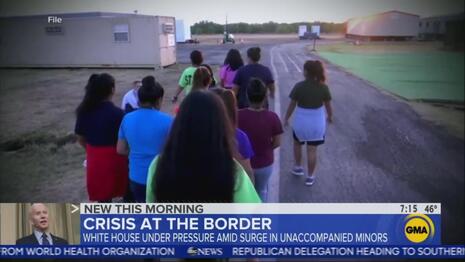 ABC Pummels Psaki for Dodging on Immigration, But Claims Crisis Is Trump’s Fault

Why Dr. Seuss Had to Go