“Boris Johnson today praised the Queen’s “unifying” rule as he dodged questions on the Prince Harry and Meghan Markle interview. It comes after the Duke and Duchess of Sussex lifted the lid on their time in the Royal Family in a tell-all chat with Oprah last night. The PM told the No10 press conference this evening: “The best thing I can say is, I have always had the highest admiration for the Queen and the unifying role she plays in our country and across the Commonwealth. As to the rest, I have spent a long time not commenting on Royal Family matters and I don’t intend to depart from that today.” However, his words came just minutes after his environment minister, Zac Goldsmith, accused the Prince of “blowing up” his family with the interview.” – The Sun

>Today: ToryDiary: The Duchess’ race claims. Starmer goes to court with a brief he hasn’t read.

“Boris Johnson considers himself a feminist and will promote more women to the cabinet in the next few months, No 10 said yesterday. The prime minister’s press secretary, Allegra Stratton, said there were “improvements to come” on the representation of women in government. Speaking on International Women’s Day, Stratton said Johnson had described himself as a feminist at a meeting with female MPs in the autumn. “In the months and years ahead, as he perhaps rearranges his top team, he will be mindful of making sure that that cabinet looks like the British public,” she said. Stratton added that Johnson would not be taking paternity leave to spend time with his son Wilfred because he was too busy with work.” – The Times

>Today: Dolly Theis in Comment: Ask her to stand – a guide to elections

>Yesterday: ToryDiary: International Women’s Day and what the polls tell us. ‘Building back better’ might need a feminist version too.

Johnson warns return to classroom will spark rise in infections “Boris Johnson has welcomed the “emotional” return to school for pupils in England as he warned it would lead to a rise in coronavirus transmission and ruled out accelerating the planned lifting of the third national lockdown. The UK prime minister told a Downing Street press conference it was “inevitable” that case numbers would increase as schools reopened in the first step on the government’s road map to easing restrictions in England. Johnson said the risk of a rise in infections was worth it. “We all know that the education of our children is so important that the greater risk now is keeping them out of school for a day longer.”” – FT

Downing Street ‘refuses to say’ just who is paying for Symonds’ £200,000 renovation

“Boris Johnson has refused to say if a lavish £200,000 refurbishment of his Downing Street flat orchestrated by Carrie Symonds was funded by Conservative funds or wealthy party donors. The Prime Minister was forced on the defensive today over where the cash for the project was coming from, amid claims Tory coffers were raided. The Daily Mail on Saturday was told that Conservative Party funds met a large part of the bill, but after being warned this could be ‘improper’, and amid a backlash from outraged party elders, the Tories are said to have tried to launch a cover-up. The PM’s allies today denied that Tory Party funds would be used to pay for the refurbishment but declined to say who was paying for it.” – Daily Mail “Boris Johnson’s eagerly awaited new security strategy risks creating tensions with the UK’s closest allies if it spreads its armed forces too thinly and neglects key defence duties in pursuit of a “Global Britain” agenda, experts have warned. The integrated defence and foreign policy review — which has been repeatedly delayed as Downing Street battles to control the coronavirus pandemic — will be published next week as a statement of the prime minister’s post-Brexit vision for the country. But the document, grandly titled “Global Britain in a Competitive Age”, is likely to be controversial with foreign defence partners. Core defence capabilities will be retired to pay for digital warfare technology and the UK’s promised focus on the Indo-Pacific risks detracting from its responsibilities in the north Atlantic. It also remains unclear how a post-Brexit UK will co-operate with EU countries on security.” – FT

>Today: James Sunderland MP in Comment: The Armed Forces have risen to the challenges of Covid. Parliament must not waste this opportunity to repay them.

>Yesterday: Barney Campbell in Comment: The case for a new national service scheme – driven by incentives, not compulsion

“Protesters who bring chaos and disruption to the streets are to face tougher laws and longer jail terms. Home Secretary Priti Patel will be handed controversial powers to rule if a protest can be deemed a ‘serious disruption’ to the nation’s economy, political life and tradition of free speech. Under legislation to be unveiled today, her ruling would trigger extra police powers, allowing officers to break up protests such as the Extinction Rebellion blockades of Waterloo Bridge, Oxford Circus and Marble Arch in 2019. The environmental radicals, also known as ‘XR’, were accused of attacking the free press when they obstructed newspaper printing presses – including those of the Daily Mail – last September.” – Daily Mail “Chancellor Rishi Sunak will lead a global tax raid on soaring profits of Amazon and other online giants. He is rallying the world’s finance ministers behind a plan to target tech companies who have cashed in on the pandemic. In a major breakthrough, he has won US Treasury chief Janet Yellen’s support for talks about how a new “Amazon Tax” would work. It has raised hopes a deal can be struck this summer to force multinational “click” firms to hand over more of their rich pickings. The online sales blitz is one of 30 planned tax changes Mr Sunak will unveil this month. He will make it his priority to win agreement from fellow finance chiefs when Britain hosts the G7 in Cornwall in June.” – The Sun

>Yesterday: Sanjoy Sen in Comment: The Government and Stellantis. Picking winners is rarely a popular concept among Tories but it’s often a reality.

“Boris Johnson defended the 1% pay hike offer to nurses insisting he had “tried to give them as much as we can.” But the government could yet u-turn on to to see off a strike, Gavin Williamson hinted. The Education Secretary said the offer was “part of a process” but added “no one wants to see a industrial action.” Mr Williamson stressed NHS workers the only part of the public sector to see any rise this year because of a “period of restraint” sparked by £407 billion of pandemic spending. Mr Williamson said on Sunday morning TV that that the Department of Health had “put forward what we believe we can afford” for nurses during “difficult economic challenges”.” – The Sun

“Boris Johnson is facing a legal challenge backed by Tory MPs over cuts to Britain’s humanitarian aid budget. Senior government sources said that ministers had no plans to give parliament a vote on reducing the UK’s legally binding aid target before its implementation next month. No 10 said that the move, to reduce aid spending from 0.7 per cent of gross national income to 0.5 per cent, was “compatible” with its existing legal commitments. The former international development secretary Andrew Mitchell, who was involved in drawing up the commitment, said that the government’s move violated the original legislation. He added that he would be backing a challenge in the courts if ministers failed to seek parliamentary approval.” – The Times

“Business groups and UK exporters have called on Lord David Frost to step back from his abrasive approach to dealing with Brussels and seek to build a mutually beneficial trading relationship with the EU. Frost’s promotion to Boris Johnson’s cabinet as minister for EU relations has coincided with a fresh deterioration in relations between London and Brussels, particularly over the handling of Northern Ireland. Trade groups whose members have already suffered millions of pounds of losses as a result of new red tape after Brexit, warned that if both sides did not seek to build consensus then lasting damage would be inflicted on the UK economy.” – FT

“The Scottish Tory leader has challenged Holyrood’s other opposition parties to show the courage to “stand up” to the SNP by backing no confidence motions in Nicola Sturgeon and her deputy over the Alex Salmond scandal. Douglas Ross argued the Scottish Parliament’s “stagnant and feeble” procedures means the votes are the only way the opposition can “confront” Ms Sturgeon and John Swinney and send a message that their actions will not be tolerated. In a direct message to Labour, the Liberal Democrats and Greens, Mr Ross said: “When they abuse their power, cover up the truth, and trample on Parliament – don’t let them away with it. Join with us and stand up to them.”” – Daily Telegraph

“Sir Keir Starmer must reshuffle his top team in a bid to win back lost voters, Labour MPs say. The Opposition leader has been put on notice to strengthen the shadow cabinet after local elections in May to land more blows on the Tories. The pressure comes as a poll revealed the Tories have widened their lead to 13 points after the tax-raising Budget. Sir Keir is also being urged by some to move shadow Chancellor Anneliese Dodds. Labour MPs fear many shadow ministers are not pulling their weight… The message comes as Lord Mandelson, former PM Tony Blair’s chief strategist, has been called in to give the party a winning mentality after Jeremy Corbyn’s doomed leadership.” – The Sun

William Hague: Like the Tories in 1997, Labour is in a far worse position than it realises

“I remember very well the dilemmas created by Blair successfully annexing many traditional Tory positions. A Labour government that was against raising tax rates, close to the business world, tough on law and order and in favour of strong defences had seemingly made Conservatives unnecessary. Sir Keir must have had a similar feeling last week as he listened to the Budget – huge expenditure, tax rises for companies and the better off, a strong emphasis on levelling up and the North. Until recently, these would have sounded like Labour positions. The effect on an opposition, when a government occupies its natural ground, is disorientating.” – Daily Telegraph 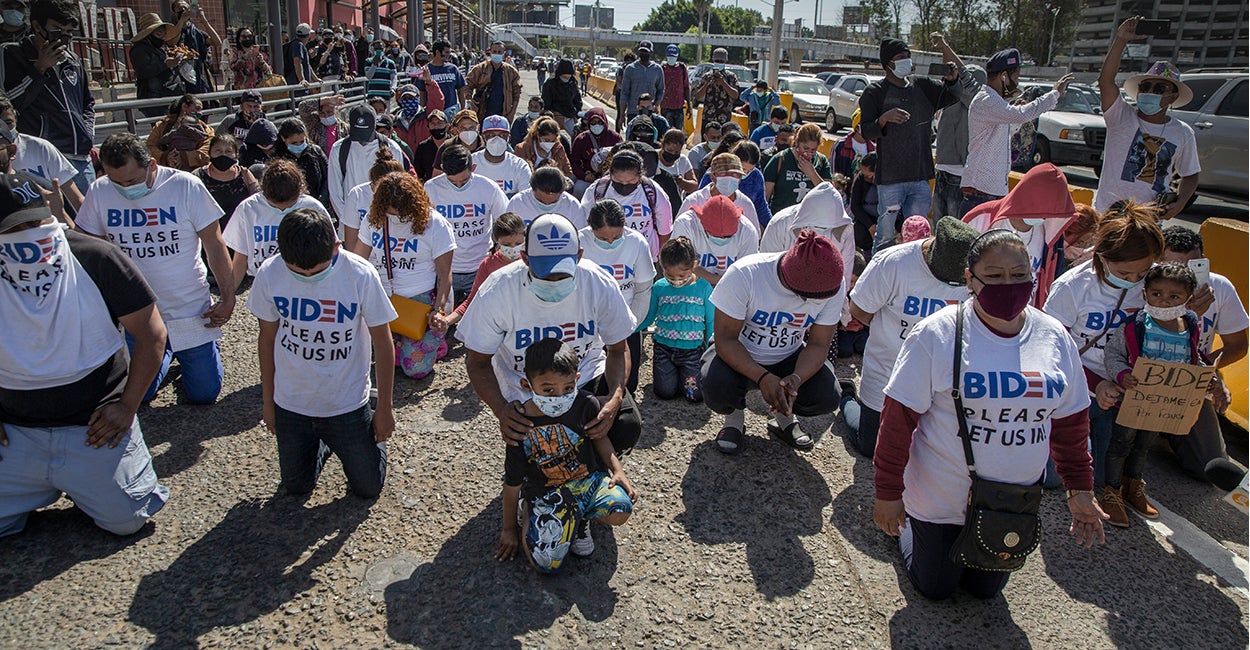 What is Woke Capital? | Mark Bauerlein