Filmmaker Eli Steele on Tuesday published a piece for Fox News in which he further examines the global Black Lives Matter movement and its lack of impact on local black communities dealing with a variety of issues. In a conversation with Pastor Corey Brooks, who leads a church on the South Side of Chicago, they two discuss the reality that many well-meaning folks on the left are donating to an organization that does not do what they think it does while ignoring groups who have a genuine desire to affect positive change.

After parking my car on King Drive, I entered the New Beginnings Church where Pastor Corey Brooks greeted me. I joked that I thought Black Lives Matter would see more support in this neighborhood, and he just smiled. Then I asked if his nonprofit, a community center called Project H.O.O.D., had received any of the $90 million that Black Lives Matter had raised since the death of George Floyd — and he let out a drawn-out, “nooooo.”

Steele notes that Pastor Brooks’ community “had suffered horribly after the death of George Floyd in Minneapolis last May.” He writes, “Pharmacies and grocery stores were looted and trashed, leaving residents, many of them poor, without basic necessities. The pastor organized for church members to shuttle their fellow neighbors to pharmacies and stores in other towns so they would not have to go without medicines or food.”

The author goes on to detail how the national Black Lives Matter organization “took American by storm after the death of George Floyd” and how he witnessed the outpouring of support from neighbors in Los Angeles. But he also highlighted a rather telling exchange between himself and one of these individuals.

“One of them wrote, ‘I see you,’ on her sign and let it drop during our conversation that she donated $500 to Black Lives Matter,” Steele explained. “I told her there were many worthy organizations that had been toiling to uplift the lower class long before the arrival of Black Lives Matter. I mentioned Project H.O.O.D. and I also let her know that several admirable nonprofits in Ferguson, Missouri, the town that put Black Lives Matter on the map, had not received a dime from that organization.”

Her response was likely indicative of how most left-leaning individuals might react when given this information. “My neighbor’s face tensed up noticeably, leaving me puzzled. Maybe she had wanted unconditional praise for her generosity,” he recounted. “Or, maybe she wanted to see only what would directly benefit her.”

He recalled how he felt after having that conversation. Steele noted how many white progressives unknowingly take the “White Savior” role in matters like police brutality and other issues. The author wrote:

I left that conversation feeling frustrated. I had suggested the other organizations because Black Lives Matter was more of an ideological movement that lacked the infrastructure to truly impact the people on the ground. Still, she did not care. She likely lacked the self-awareness or education to know that she was the latest incarnation of the “White Savior” who preferred the illusion of “doing good” to the far more difficult reality of making real and lasting change in a person or neighborhood.

He added: “The chasm between her illusions and the reality that Pastor Brooks has experienced could not be wider.”

Steele expands on Pastor Brooks’ organization, named H.O.O.D, which means “Helping Others Obtain Destiny.” His goal is “to end the violence and restore youngsters onto the path toward the American Dream.”

In his piece, the author asks a simple question: ”why would scores of Americans like my neighbor give their money to Black Lives Matter and not to folks like Pastor Corey Brooks or to the grassroots leaders in Ferguson, or even to similar people in their own neighborhoods?”

Steele surmises that the global Black Lives Matter organization “functions primarily as an ideological movement untethered to the realities on the ground” and that his neighbor “understandably was distressed when she saw what happened to Floyd and what she wanted more than anything was to disassociate herself from what she saw as the wrong side of America.”

The author is right in his analysis of the Black Lives Matter situation. But I would take it further. As I have pointed out before, unlike many of the local BLM chapters, the global Black Lives Matter movement is nothing more that white progressives in political blackface. They use black faces and black bodies to push an agenda that does not have much to do with safeguarding black lives. (See: Marxist Black Lives Matter Activists Are White Progressives In Blackface)

Up until late last year, the global organization’s website stated that its objectives were to dismantle the notion of the traditional family and to work for the LGBT community specifically. Very little mention was given to police brutality or other issues facing black America.

In light of this, it cannot be a surprise that the global Black Lives Matter organization has failed to support local chapters made up of people less focused on ideology and more on getting results. It is no wonder that groups who propelled the movement to national prominence has not seen a penny of the tens of billions of dollars BLM has raised.

To put this simply, the global Black Lives Matter organization exists to push a Marxist agenda nationwide under the guise of fighting discrimination, police brutality, and other forms of oppression without doing any real work on the ground. It is a front designed to collect donations from well-meaning leftists, most of whom are white, to garner more power to push far-leftist policies, most of which will do nothing for black Americans.

These folks do not care that it diverts attention and money for smaller, more deserving organizations that actually do work in their communities to address police brutality, curb gang violence, promote education, and other activities. In essence, it is nothing more than a con job designed to play on the sympathy of white Americans who genuinely want to help, creating the illusion that they are assisting those who need it the most.

The global Black Lives Matter group is a clever ruse, convincing Americans to give them their hard-earned money under the guise that they will work to solve police brutality and other issues. But in reality, this is 100% politically-motivated and designed to push a political agenda, not safeguard black lives. Unfortunately, far too many are still falling for it.

Almost 100 more Louisiana government entities could be in financial trouble 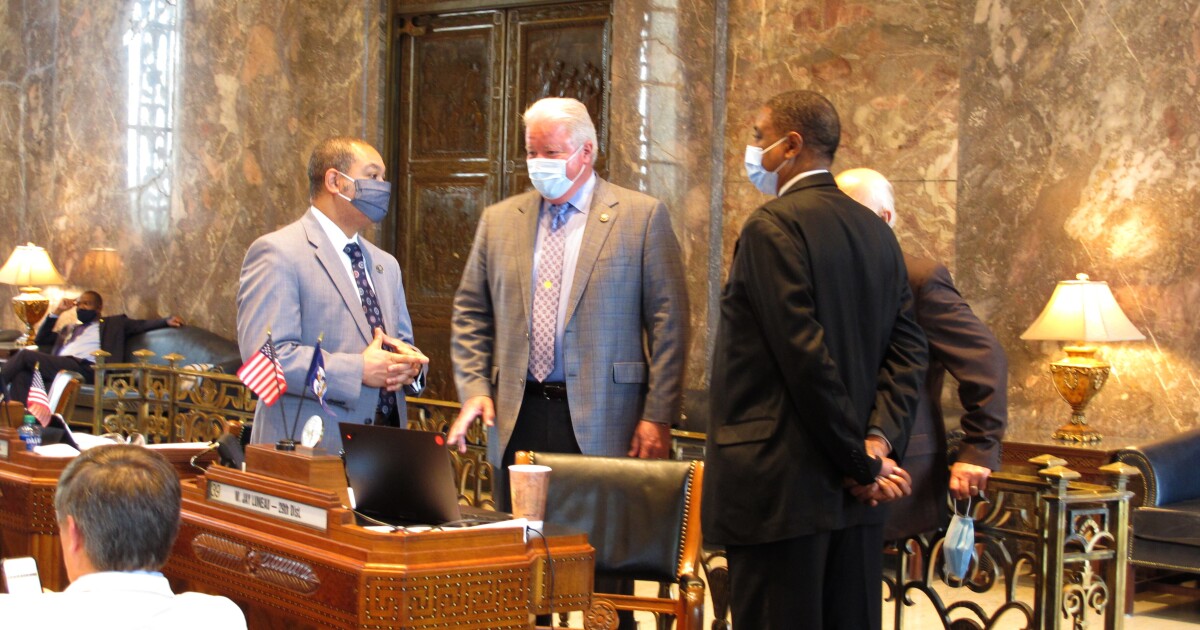