A look at Ohioans facing charges in the US Capitol siege

COLUMBUS, Ohio (AP) – More than 250 federal cases have been brought against individuals who allegedly took part in or helped plot the deadly Jan. 6 insurrection at the U.S. Capitol by supporters of former President Donald Trump. At least 12 of those cases were against Ohio residents identified through social media and surveillance footage to the FBI and often turned in by friends or family members.

Here are Ohioans charged in the U.S. Capitol breach:

A video on Adams’ Instagram account includes images of individuals breaking into the Capitol and statements such as, “We stormed the Capitol building and the senate today! I can tell my grandchildren I was there!” according to a federal criminal complaint.

A friend of a high school classmate of Adams provided authorities the Instagram video, and the FBI used GPS data to confirm that a phone associated with Adams was in the Capitol for one hour and 47 minutes, the complaint said. Federal court documents don’t list an attorney for Adams. He was released after a Tuesday hearing with prosecutors not seeking detention, The Columbus Dispatch reported.

The 39-year-old owner of Faulkner Painting in Columbus was arrested Jan. 29 on charges that include the destruction of government property, obstruction of an official proceeding and violent entry.

In U.S. District Court documents, officials provided a still photo of Faulkner wearing a jacket that bared his company name on the back while part of a mob of Trump supporters who smashed their way into the U.S. Capitol. A few days after the riot, Faulkner posted on Facebook that “we weren’t fighting against antifa we were fighting against the government,” according to the complaint.

Faulkner later contacted the FBI‘s hotline and reported “his destruction of the U.S. Capitol’s shutter in Washington, D.C.” His court-appointed attorney did not respond to The Associated Press’ request for comment.

FBI arrested 38-year-old Ayres on Jan. 25 and charged him with illegally entering the Capitol building after he was identified by a family member and through Facebook posts he had made before, during, and after the insurrection.

According to a criminal complaint, Ayres, of northeast Ohio, and an unnamed man in a video posted to Facebook discuss how police escorted them from one end of the Capitol to the other. Police “basically let everyone walk in,” Ayres said in the video.

In a separate live video, Ayres says that the Capitol breach “was just the beginning” and there was “more to come next week.”

His court-appointed attorney did not respond to AP’s request for comment. ___

Dustin Thompson, 36, and Robert Lyon, 27, were charged on Jan. 22 with illegally entering the Capitol and violent and disorderly conduct on Capitol grounds. Thompson is also accused of stealing the coat rack. The two men drove to Washington together for the insurrection and it was Thompson’s idea to go, Lyon told FBI agents.

Thompson’s attorney told AP his client, who repairs furniture for a living, was inspired by lies about election fraud told by Trump and his backers.

“Trump and people that supported his presidency would stop at absolutely nothing to keep him in power,” said Sam Shamansky, who didn’t dispute his client’s involvement based on video evidence. “The lie that was perpetuated endlessly by Trump and also members of the media that were willing to support him had its desired effect – it sowed dissension, it caused people to behave in ways that were just unimaginable.”

Lyon’s public defender declined to comment. Both Thompson and Lyon were released shortly after the January hearing on their own recognizance without posting bail. They weren’t required to enter a plea.

Stoll was arrested and charged on Jan. 15 with making interstate threats and threatening a witness after posting videos from the U.S. Capitol riots. The charges are not directly related to any activities at the federal building but in connection to the deadly breach.

The 40-year-old is accused of declaring in one video taken on Jan. 6, “D.C.’s a war zone!…You ain’t got enough cops, baby! We are at war at the Capitol…. We have taken the Capitol. This is our country.”

When one YouTube viewer said they’d saved his video, Stoll warned that if the viewer took action to “ever jeopardize me, from being with my family,” then the person would meet his or her maker, and that he would be the one to “arrange the meeting,” according to a federal complaint.

Stoll’s federal public defender and federal prosecutors have both asked for a delay in the case because of limitations on how frequently federal grand juries can meet now because of the pandemic. It was granted and the government has until April 30 to file an indictment.

Christine Priola, 49, was arrested on Jan. 14 at her home after social media users linked her to photos taken in the chamber of the U.S. Senate amid protesters reveling and trespassing.

Before being charged, Priola submitted a resignation letter to the Cleveland Metropolitan School District, where she worked as an occupational therapist. Her resignation letter said she was switching careers to focus on exposing human trafficking and pedophilia, citing beliefs that are in line with a conspiracy theory espoused by some Trump supporters.

Federal agents said in court documents that they found a coat, a sign and other items in Priola’s home that matched those that she had with her in the Capitol. Her attorney did not immediately respond to a request for comment.

James Matthew Horning, 44, was arrested on Feb. 24 after the FBI received several tips indicating he was inside the federal building alongside the violent mob of Trump supporters, according to a complaint unsealed Monday. In the days following the breach, a witness notified officials of videos Horning had allegedly posted on Facebook where he defended his role in the insurrection.

“To anyone on my list who has a problem with what happened in DC today.. I am (expletive) proud I was there. If you have a problem with that, hit the inbox if you want.. or use the unfriend feature if you ain’t bout it,” the Facebook post read, according to the complaint.

A second witness, a high school friend of Horning, told agents Horning posted a video where he appeared to be smoking marijuana outside the Capitol. In another social media post detailed in the complaint, Horning said in addition to wanting “to be there when history happens,” he also went to Washington on Jan. 6 to “smoke weed in government buildings.”

Horning faces a number of federal charges including unlawful and violent entry, obstruction of justice and Congress and disorderly conduct which impedes government business. No attorney was listed in court records for Horning.

Defendants allegedly linked with the anti-government group the Oath Keepers:

The Champaign County residents were among the first to be charged on Jan. 19 with plotting the deadly attack on the Capitol.

Officials say Watkins, 38, and Crowl, 50 are members of the Ohio State Regular Militia, a dues-paying subset of the right-wing group the Oath Keepers.

Both were charged with federal counts including conspiracy, conspiracy to hurt an officer, violent entry, obstruction of official business and destruction of government property. The FBI collected social media messages, photos and videos to identify them as part of the Oath Keepers, which believe in a “shadowy conspiracy” to strip Americans of their rights.

Federal agents say the group Watkins and Crowl were apart of on Jan. 6 seemed to “move in an organized and practiced fashion and force their way to the front of the crowd gathered around a door to the U.S. Capitol.”

In her first public comments on Feb. 26, Watkins disavowed the right-wing group and said she was “humiliated” and “humbled” by the federal charges made against her.

The comments were made before a D.C. District Court judge who ordered her to remain in jail until the trial began.

Authorities say Bennie Parker, 70, was in contact with fellow Oath Keepers member Watkins leading up to the trip to Jan. 6 to Washington D.C., discussing things like the uniforms and gear they would bring. After following the mob of rioters to the Capitol steps, his wife Sandra Parker, 60, entered the building while he stayed in contact outside, according to the complaint.

The couple has been accused of forcibly storming the Capitol, planning their attack in advance and communicating with other members of the Oath Keepers throughout the process.

Days after the insurrection, the FBI says Watkins texted Bennie Parker and said she thought the FBI was only interested in people “who destroyed things.” Bennie Parker responded, “I’m sure they’re not on us.”

Their attorney did not respond to AP’s request for comment. 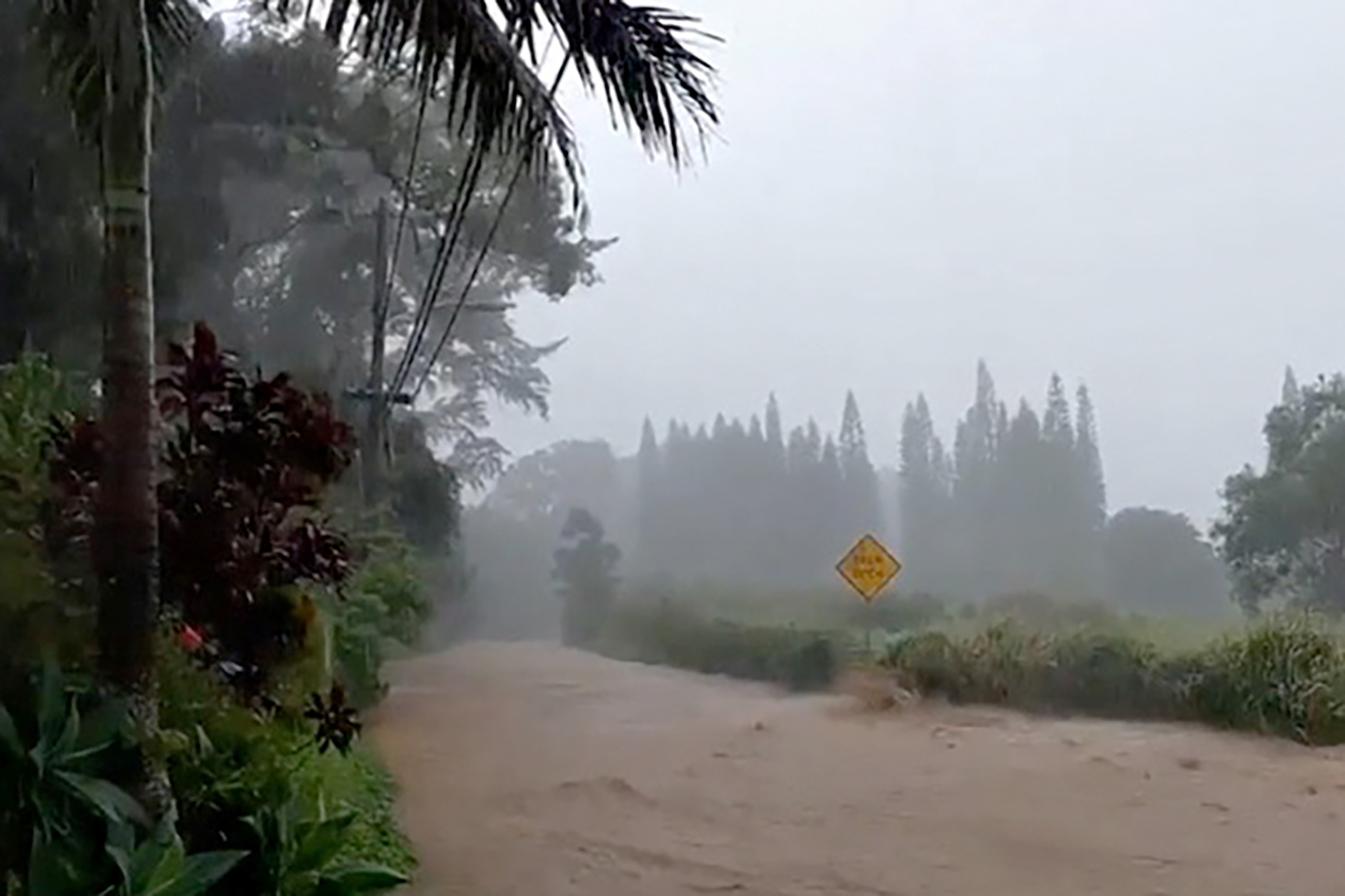