Michael Jordan: Playing Above the Rim

 Michael Jordan: Playing Above the Rim 

Michael Jordan: Playing Above the Rim

The Human Highlight. GOAT. His sheer vertical style of play was legendary, but that’s not the story. He transformed himself from dominant athlete to one of the fiercest mental competitors of all time, with only one enemy, mediocrity. And while his brand flew high, to think, I never knew his politics? If not outspoken on politics, why such a vast appeal? Keep reading.

North Carolina to Chicago, Michael arrived in 1984 in an era that belonged to Larry Bird’s Celtics and Magic Johnson’s Lakers of showtime fame. They were Gemini stars of legendary dynasties, and always on the top 10 list. They were the winningest teams in basketball history, and some bad boys! Even the superstar Jordan could not fly past these teams. They were big, and the league allowed real fouls.

Battered in the 1991 finals by the Detroit Pistons, of Rodman and Lambeer fame, Michael prepared to launch. Tragically, he would lose his father, switch to baseball, but eventually he returned. The results were six championships and two three-peats, plus mega stardom.

In the Netflix series The Last Dance, MJ opens up about his views on politics and activism during his playing days, and comments, “Republicans buy sneakers, too.” It occurred during the 1990 U.S. Senate race in North Carolina, when his mother wanted him to support a candidate running against incumbent Republican, Jesse Helms. Michael wisely told her he would not get involved with someone he didn’t know.

On the road with two teammates, Horace Grant and Scottie Pippen, off camera, he made the remark about Republicans and his biographer exposed it. Jordan claims it was not a formal statement, but I think it reveals qualities that appear absent in the modern NBA. Was Michael a sell out? If he was, so was every other Capitalist. Wasn’t he just saying all lives matter?

Michael described “a country that has provided my family and me the greatest of opportunities. The problems we face didn’t happen overnight and they won’t be solved tomorrow.” He also said, “I never thought of myself as an activist, I thought of myself as a basketball player.” Additionally, “I wasn’t a politician,” he noted. “I was playing my sport. You know, I was focused on my craft. Was that selfish? That’s where my energy was.”

To challenge this honest statement from a patriotic star is to challenge the history of black athletes who might speak out but prefer their success do the talking. Many feel Jordan was not only within his rights, but dead right in the way he handled himself throughout his career. He might argue that real progress is made working within the system not only fighting it.

In The Last Dance, Jordan also confronts the idea of being a role model when he knows he can’t live up to everyone’s expectations, especially a biased political party. To not allow for his basic individuality is to say that only an activist can properly claim to be helping their community. What about the policemen, the truck drivers, those who are on the front lines in the pandemic? Is it really necessary for all people to protest?

Few still doubt that racial injustice played a role in history and still does, but must every black athlete be an activist? To demand that seems to stifle individual style in how each chooses to contribute. It seems to me that a lack of thought diversity only perpetuates the group stereotype that has plagued athletes.

Let’s be clear, few in the human race fly over a rim, switch the ball from left to right, and still score, but that’s spectacle. Natural talent will only get you so far, and many times for Jordan, it was not enough to win. To be fair, even to this idol, in his quest to dominate he was downright hostile, even violent with teammates.

Still, who has the audacity to criticize Michael Jordan with the level of pressure he faced in his career, on the court, and in his family, and not think he deserved to live his own life? The legacy of Jordan is in not being who we want him to be, but determinedly who he was.

Michael Jordan can do whatever he wants, that’s his freedom to choose, while it lasts. When I reflect on the greatest of all time, I will always imagine Michael flying high above the rim.

WATCH: Johnson on nurses pay – "The independent review body will look at what we've proposed"

Arabs Warn Biden: We Do Not Want Another Obama :: Gatestone Institute 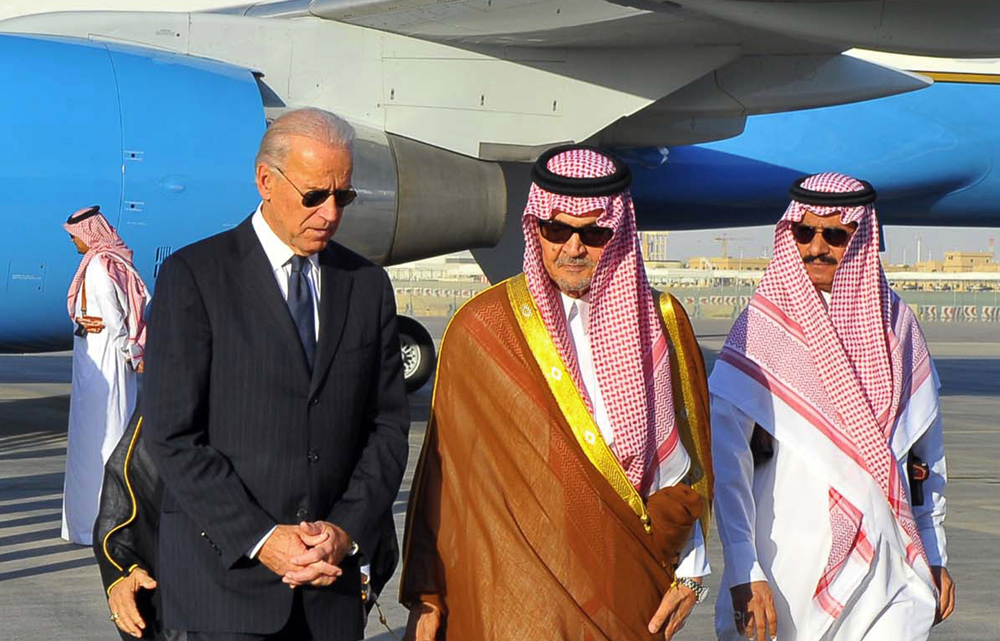