Complicating a difficult case further, an appeals court has forced a Minnesota judge to consider allowing prosecutors to charge former Minneapolis police officer Derek Chauvin with third-degree murder in the death of George Floyd on May 25, NPR reports.

It’s unclear whether the potential reinstatement of the charge could delay Chauvin’s trial. Jury selection is set to start Monday.

Judge Michelle Larkin, in a ruling Friday for the Minnesota Court of Appeals, said the trial judge, Hennepin County District Judge Peter Cahill, was wrong to deny the prosecutors’ request to reinstate the third-degree murder charge after Cahill dismissed it in October.

A court of appeals ruling in an unrelated case supported prosecutors, according to the Minneapolis Star Tribune, but Cahill had ruled that that case did not set a precedent he had to follow because it could still end up in front of the state Supreme Court.

But in Friday’s ruling, the appeals court directed otherwise.

“Although parties, attorneys, district court judges, and the public may disagree with this court’s precedential decisions, district courts are bound to follow them,” Larkin wrote, according to the Star Tribune.

“If it were otherwise, there would be uncertainty in the law and the integrity of our judicial system would be undermined.”

Do you think Derek Chauvin will get a fair trial?

“We believe the Court of Appeals decided this matter correctly,” Ellison said in a statement, according to the Star Tribune.

“We believe the charge of 3rd-degree murder, in addition to manslaughter and felony murder, reflects the gravity of the allegations against Mr. Chauvin. Adding this charge is an important step forward in the path toward justice.”

The appeals court ruling, however, was another element in a case already filled with political, legal and social minefields.

“My head is spinning,” Frase told the Star Tribune.

The issue is that it’s clear that if a “correct” verdict isn’t delivered — i.e., Chauvin isn’t convicted — we’ll likely see riots like we saw last summer after Floyd’s death.

Furthermore, it’d be difficult to get authorities to delay the trial.

Measures to mitigate any damage have already been put in place — including extra police presence, the Minnesota National Guard, fencing and barbed wire. In addition, the charge had been previously leveled against Chauvin.

However, it’s unclear whether the ruling will reinforce the impression that prosecutors — and the state of Minnesota — are willing to do almost anything to get a conviction in the case.

Two murder charges plus a manslaughter charge is a lot for almost any circumstance, particularly given the high-profile case. No matter what the case, it could make it difficult for Chauvin to secure a fair trial. That could be said anyway — but reinstating the third-degree murder charge reinforces the idea among many that the fix is in for a conviction,

Whether or not it is remains to be seen. 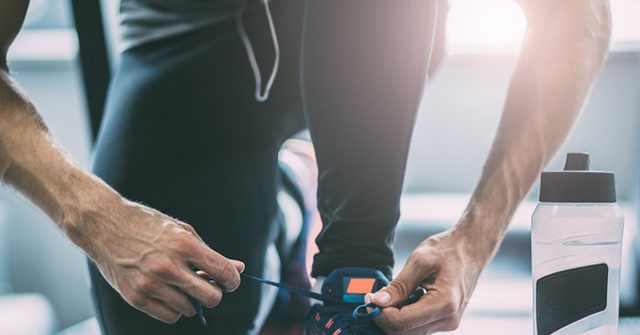 Veteran Raises $1,400 by Running for Other Veterans in Need

WATCH: The Education Secretary is asked: can pupils who turn up without masks be excluded?