From Attica to Appalachia: Greek Tragedy and Murder Ballads

Murder ballads have been part of the Appalachian songbook for centuries. Imported from the Scottish-English borderlands via the Irish province of Ulster, they remain popular traditional songs within country & bluegrass today.

Those stories of jilted lovers, acts of passion, and a killer humbled by the state meting out justice aren’t simple morality plays. They tap into a deeper vein of the human experience that connects murder ballads to Greek tragedy more than contemporary songs. They both focus on the trouble that arises from passion, the fatal power of hubris, and the consequences of hamartia, the tragic flaw to which we all are susceptible.

Murder ballads show our ties to the past and a fading conception of culture inherited from the Greeks, where art carried a duty to reflect something about truth, even to focus on the horrifying. Today, this duty has degenerated into a demand for “relevancy” or to focus on “identity.” Moderns read with an eye toward sociology and anthropology and have lost a focus on art and wisdom.

Murder ballads confront listeners with the complexity of life and man’s struggle between dignity and weakness, just as the writings of Euripides and Sophocles did something similar for Athens. “Passion overmastereth sober thought/And this is cause of direst ills to men,” Euripides reminds his audience in Medea. In Colter Wall’s “Kate McCannon” (a contemporary murder ballad), readers learn the consequences of unrestrained passion:

Well the raven is a wicked bird

His wings are black as sin

And he floats outside my prison window

These ballads, traditional or contemporary, touch on what makes us human. Our weaknesses, our responses to injustice, and a desire for revenge that can bring grave consequences. Like Greek tragedy, they emphasize the darkness that runs through the heart of us all.

Conventional murder ballads tell a story of an innocent woman murdered by her lover. Sometimes he gets her pregnant before murdering her to avoid shame, sometimes he kills her when she has an affair. Often, the man promises marriage to lure her away before killing her.

When the murder is discovered, the man is hanged or imprisoned (though, sometimes, he escapes). The killer in “Omie Wise,” for example, faces justice, but in “Banks of the Ohio,” the narrator expresses sorrow and regret without facing legal punishment.

Contemporary murder ballads can depart from that structure while keeping the narrative themes. In the Avett Brothers’ “I Killed Sally’s Lover,” the murderer is thrown in jail, but Sally survives because, as we are told, “I’d kill you too if I had the nerve/But I just ain’t that mean.” The Chicks’ “Goodbye Earl” is a revenge song where a woman kills her abusive ex-husband. And Old Crow Medicine Show’s “Bootlegger’s Boy” tells of the hubris of a young moonshiner who “killed a man in a feud over whiskey.”

Murder ballads share a power with Greek tragedy that comes from a proper understanding of reality and the vicissitudes of life. Tragedy wasn’t a response to believing in the emptiness of life. It was a reflection of believing that pain and sorrow were a natural part of life. “That life was a vale of tears, in which nothing could matter very much, was an idea that very few Greeks entertained,” the British classicist H.D.F. Kitto wrote in The Greeks. “The undercurrent of tragedy is assuredly not due to any feeling that life is not worth while; it was a feeling of tragedy, not of melancholy.”

The Greek mind had enough self-assurance to see the importance in writing about dire circumstances men and women had to navigate despite having no good options. “The Athenians of the 5th century succeeded in looking upon life with a level gaze,” Paul Landis argued in his introduction to Four Famous Greek Plays. “They faced it neither with bravado and bluster, nor with fear and trembling; not with an ignorant assumption of power over it, nor with an equally ignorant and cowardly feeling of inferiority. They found it not always pleasant; in fact more often it was a dark, uncertain battle with the odds against them.”

Tragedy in the Greek sense was accepted as a fact of life, much as another force: passionate delight in life. Passion delights man; tragedy humbles him. Tragedy forces him to recognize and accept limitations upon his power. As Landis wrote, the Greeks “accepted life as they found it, not as good or evil, but as a fact…in their dramas they presented life not as it should be, but as it was and is.”

But today, tragedy is more likely to be seen as an aberration from the norm, if not unacceptable. When something goes wrong, someone must shoulder the blame.

Modern audiences have become more complacent, more insulated, and more secure. Murder ballads are a connection to an American past closer to ancient Greece when comfort or security was less guaranteed. Tragedy was less theoretical. And this is why Greek drama still resonates with audiences acquainted with tragedy, such as prisoners, veterans, and healthcare workers.

Tragedy wasn’t only a natural part of life that people were powerless to respond to, however. It was often the logical consequence of a person’s actions. As the Nurse foreshadows conflict in Medea when Jason spurns Medea and their children for the hand of Creon’s daughter,

Now all is hatred: love is sickness-stricken.

For Jason, traitor to his babes and her,

Cries on the oaths, invokes that mightiest pledge

Of the right hand, and calls the Gods to witness

What recompense from Jason she receives.

But tragedy could not be prevented in a life well-lived. Utopia, too, is out of reach, as man is not a perfect creature. Again, from Medea:

Hear, babes, what father this is unto you!

I curse him—not: he is my master still:

But to his friends he stands convict of baseness.

What man is not? Hast learnt this only now,

That no man loves his neighbour as himself?

Good cause have some, with most ’tis greed of gain—

As here: their sire for a bride’s sake loves not these.

Stability is not the natural state of life—change is. The Chorus laments, after Medea plots vengeance:

Justice is turned to injustice, the order of old to confusion:

The thoughts of the hearts of men are treachery wholly,

From its ancient foundations, the faith of the Gods is become a delusion.

Change can also be a change of heart. Regret often follows violence in Greek tragedy as it does in a murder ballad. As the narrator in “Banks of the Ohio” cries “Oh Lord, what have I done,” so does Oedipus declare “I sinned, a sin no gallows could atone.”

Modern audiences have inherited a love of comedy from the Greeks, but tragedy that forces them to reflect on the baseness of man has been left behind. Murder ballads are a remnant of a culture more connected to the ancients. Mass culture, more than folk culture, has a greater focus on the short-term, on “relevant” stories that uplift “marginalized” voices.

While some important stories may get the delayed attention they have long deserved, low-value entertainment crowds out a longer view of society and culture. Superhero movies have muscled out a void once filled by Greek myth, religion, and folk cultures. Serial dramas about police and doctors have replaced ancient tragedy.

When Greek tragedy does get attention, in culture or in education, the focus is less on wisdom and more on a vague sociological concept of “revealing the layers of meaning.” Rather than focus on what Euripides can teach us about unrestrained passion dragging down man, students are encouraged to consider power structures. Approaching the inheritance of the past with such a lens is a failure of civic responsibility.

As murder ballads show, it wasn’t that long ago when audiences could dwell on tragedy, revenge, and justice. They could pity or sympathize with a murderer without the distraction of a pedagogy that berated them for not questioning its oppressive assumptions.

Losing that intellectual space for tragedy, and the murder ballad tradition, leaves us poorer. Dwelling on suffering and the struggle of man is a necessary part of building a good society. The Greeks understood this and instituted it as part of civic responsibility. Murder ballads remind us of the dangers inherent in man’s power and the hand of justice.

Oedipus is more likely to be referenced today thanks to the malign influence of Freud than the memories of Sophocles, but returning to the source, we are reminded of our own weaknesses. For, “when finally blind and mad, with blood streaming from his sightless sockets,” Oedipus “rushes from the scene,” he leaves the audience “transfixed at the malevolent power of circumstance and the awful capacity of the human soul for suffering,” Landis wrote. That reminder is crucial, as we are ever tempted to mistake limits as irrational barriers stopping the achievement of utopia. 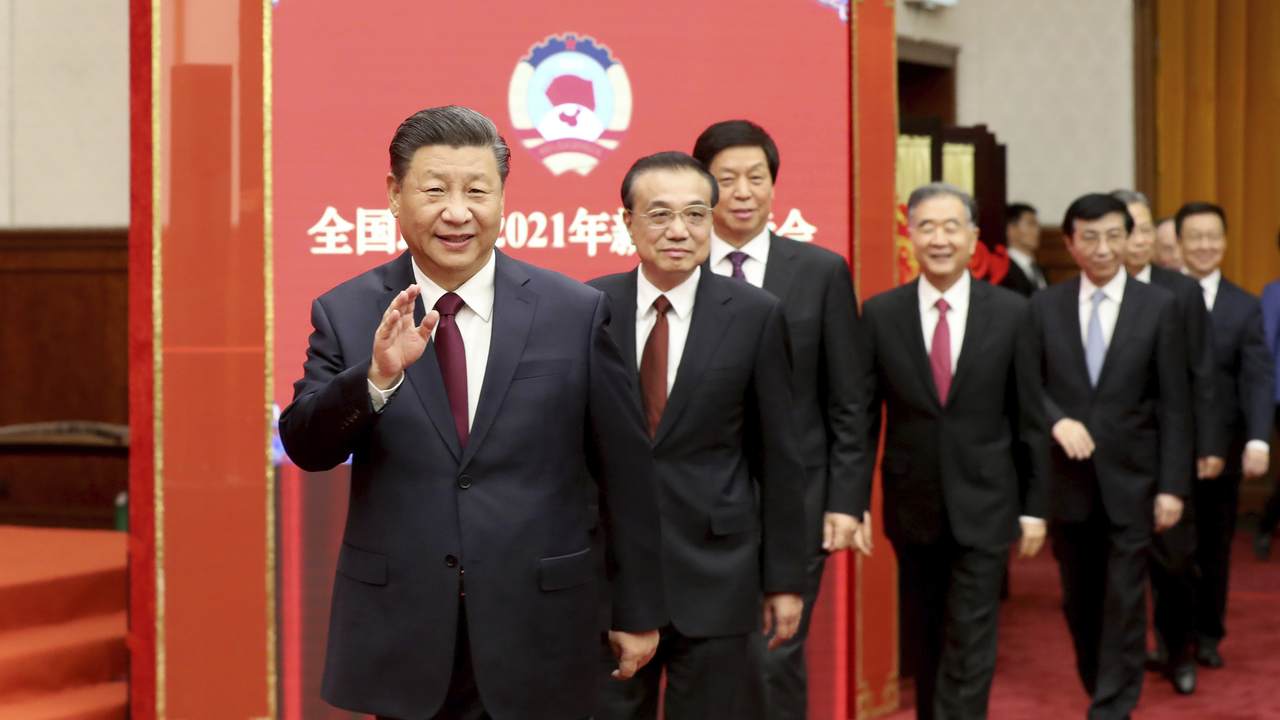